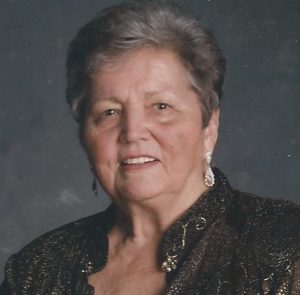 Donna Choate Irwin passed away on February 13, 2019. She was surrounded by her family. Born in Crane,Texas, Donna was the youngest child of James and Agnes Choate. Donna grew up in Richmond, California and was a proud graduate of Richmond Union High School. Donna furthered her education receiving a BA in Public Administration from Sacramento State.

A trailblazer in her career, Donna was the first female Sergeant, Lieutenant, and Captain of the Contra Costa County Sheriff’s Department, as well as the first female from the department to attend the FBI Academy. Donna was an incredibly strong and independent woman. She was never afraid to speak her mind, and her determination knew no equal. She would often reminisce that when she started with the department women were required to wear skirts on duty and they had to fight for the right to be allowed to wear pants.

Retiring as a Captain after 30 years, Donna spent her time supporting local organizations including the CCC Retirement Support Group, Sheriff’s Posse, the Hundred Club, Martinez Sportsman’s Club, Order of the Eastern Star, Daughter’s of the Nile and many other organizations. She was a passionate advocate of many causes.

Donna was devoted to her grandchildren and loved being their Grannye. One of her favorite past times included encouraging them in extra-curricular activities, volunteering at their schools, and bragging about their scholastic achievements.

Donna was preceded in death by her husband, Nodge, and granddaughter Emelie. She is survived by her daughters Kathleen (Brian), Kristina (Beau), and grandchildren Justin, Donovan, Victoria and Camilla.

A celebration of life will be held March 30, 2019 at 11:00 am at a the Deputy Sheriff’s Association Hall 1780 Muir Road, Martinez. In lieu of flowers please donate to the Alhambra High School Sports Program.

One Reply to “Donna Choate Irwin”