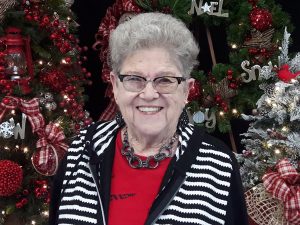 Irene Joyce Minton 84, passed away peacefully with her family by her side Tuesday July 30, 2019, in Vacaville, Calif.

She married the love of her life, Bill Minton in 1954. The couple raised their four children in Martinez, Calif. Irene moved to Vacaville, Calif., in 2006 to live with her Daughter Delta Mae.

Irene enjoyed attending church, playing Bocce Ball, reading and spending time with family and friends. She was a one of a kind woman with a heart of gold. She has always been our angel, but has now gained her heavenly wings.

A celebration of life will be held at Shepherd of the Hills Lutheran Church at the end of September, Date and time to be announced.