MARTINEZ, Calif. – While the city of Martinez, through its consultant Matthew Eaton, posed questions it wants answered before it makes any decision on commercial cannabis operations here, residents who attended Wednesday’s cannabis workshop brought questions of their own, rather than many answers.

One member of the audience said she didn’t want cannabis being sold in the downtown business district. She worried that breezes from the delta would spread marijuana’s odor, and that cannabis businesses might attract more transients.

“I prefer the downtown to be more family friendly,” she said.

That was one of the few comments made Wednesday night. Most residents attended to get their questions answered.

One woman wanted to know whether Eaton, who had been an inspector when Colorado legalized the drug, could say if crime had risen when such businesses opened up.

Both Colorado and Washington got many things wrong when the two state governments began formulating regulations, he said. And many businesses opened up in low-rent areas, where crime already was high.

As things were improved and cannabis businesses opened in places that had similar types of businesses – retail sales stores, manufacturing plants and distribution centers – there was no noticeable change in crime, he said.

In fact, when he visited Fort Collins with his daughter, he experienced far fewer problems passing by cannabis stores than when they walked past bars that catered to college students.

To avoid those states’ initial stumbles, he said, “From the beginning, ask the right questions and collect the right data.” With better information, Martinez can better prevent negative impacts, he said.

In those two states, both medicinal and recreational uses are combined in one business, he said in answer to another questions. In Colorado, those 18 and older may buy medicinal marijuana, and are directed to one side of the business. Recreational users must be at least 21, and are sent to another area.

While indoor marijuana growing can consume a large amount of electricity, it is comparable to oil refineries and data centers, and its water use is comparable to car washes, Eaton said. Those involved in the industry are “putting a lot of thought into green energy,” specifically solar power generation, as well as getting water through dehumidification.

Eaton described security measures that can be required of commercial cannabis businesses, including cameras on both sides of the door. And footage from those cameras can be used by police to solve crimes, he said.

Most of those incidents don’t involve cannabis companies, but those that occurred in neighboring areas, he said.

One man brought up his concerns about the dangers of the private indoor cultivation of six plants permitted under California law, and wondered why the city has banned outdoor grows.

Security and the smell, Eaton answered, explaining it is a quality of life matter. And most regulations of personal cultivation have been approved to give police a tool to use if there are ongoing complaints about a specific place.

In responding to other questions, Eaton said those who want to use medicinal marijuana must get a doctor’s approval, but the drug is not tax-exempt unless a person also obtains a state-issued card, which is uncommon. Cost of those cards, if someone is approved, costs $100 and $50 for Medi-Cal patients, according to Berkeley Patients Group.

Whether the new industry will bring jobs to the area is unknown, Eaton said. When Colorado legalized marijuana, the state licensed 64,000 employees in three years, and had 28,000 re-registering. But there is high turnover, too, he said.

When Colorado began ramping up the industry, about two-thirds of the new employees came from out of state. Now that the industry has been going on for a few years, the state is experiencing higher numbers of its homeless population. However, there may be no correlation in those statistics, Eaton said.

Nor could he say whether having marijuana stores, such as there are in Vallejo, will bring a positive impact. “You don’t license to make money,” he said.

But marijuana is here, he said, legalized by voters. “So how do we allow this?” If citizens want a ban, where does the city get money to educate people about the drug that is available “next door,” he asked.

“It’s here. It’s been here. Now it’s a commercial industry,” he said. In fact, the most calls law enforcement receives is not about commercial operations, but about private grows in neighborhoods. “Maybe a licensed industry can reduce those calls,” he suggested.

A residence can have six indoor plants, he said, although a city can regulate certain elements of private cultivation. People can make beer in their homes, too, but most prefer to buy their brews, he said. Industrial cannabis produces a quality-controlled product, and could reduce home cultivation, he added.

Eaton is HdL Companies’ cannabis compliance manager. The Diamond Bar company specializes in helping governmental agencies manage revenues through audits, analytical services and software products. But because marijuana is seen as a revenue-producing business that produces taxes when products are moved, the company created a specialized division to guide cities in developing policies and regulations of the industry.

He said city staff is developing recommendations to submit to the City Council, to determine what the city’s policies will be.

He was hired to find out if residents want a ban on marijuana commerce or would prefer either medicinal or recreational businesses or both.

If residents want some types of cannabis businesses, city employees are asking whether cultivation, manufacturing, distribution, retail storefronts, non-storefront retail deliveries or other segment of the industry is preferred.

Those interested may submit their comments to the Martinez Community Development Department, 925-372-3500, or by mail to the department at Martinez City Hall, 525 Henrietta St., Martinez, 94553. 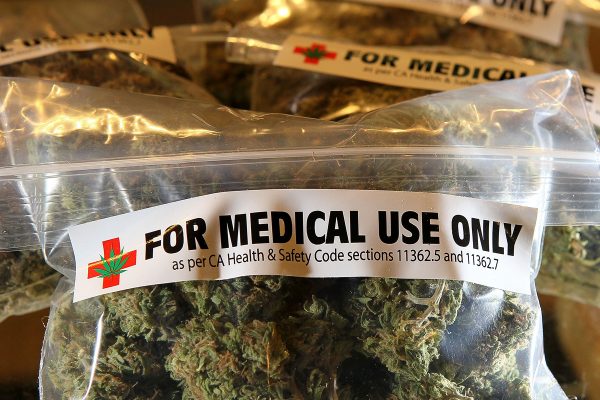