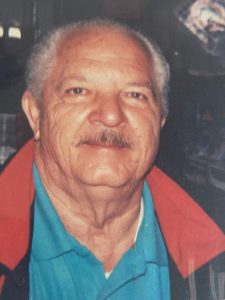 Bob was born in Cheneyville, LA.  He grew up in San Francisco, graduated from Balboa High and attended San Francisco City College.  He served in the U.S. Army during the Korean War.  Bob retired from Tosco Oil, Martinez with more than 32 years of service.

He had a love for boating and fishing with his wife Geri.  In earlier years, they would rock picking for abalone, surf fishing along the coast, fishing the in the bay,  be in the engine compartment of his boat or helping a fellow boater.  Bob was a founding member of the Martinez Yacht Club and Commodore 1981 and 1982.  As a licensed boat captain for many years he transported crews from ship to shore in the Carquinez Straight, transported boats along the coast and ran a dry dock service.  On shore, he enjoyed playing bocce with Geri and his friends.

He is survived by his loving wife Geraldine of 68 years; children Judy MacMillan, Cornelius, OR; Kenneth Keary, Concord, CA; Michele Kane, Cloverdale, CA, 7 grandchildren and 3 great grandchildren.  Several nieces and nephews.  A celebration of life will be planned for a later date.