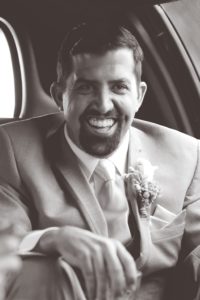 Timothy “Tim” Joseph Fuller, 30, passed away on July 27, 2018, surrounded by loved ones in his home in Martinez, CA after a year and a half battle with metastatic germ cell cancer. Tim was born on December 14, 1987, to William and Lisa Fuller. He was a 2006 graduate of De La Salle High School where he was on the water polo and swim teams that led to life-long friendships. He achieved his BS in Business Administration at Saint Mary’s College of California in 2010, where he met his wife, Lindsay, and played water polo and lacrosse. He was a successful project manager at Gas Transmissions Systems, Inc.

In his spare time, Tim enjoyed watching Bay Area sports, cooking, going on road trips, fishing, boating, being with family and friends, and reading Harry Potter — “always.” He will be remembered for his witty sense of humor and the way he brightened every room.