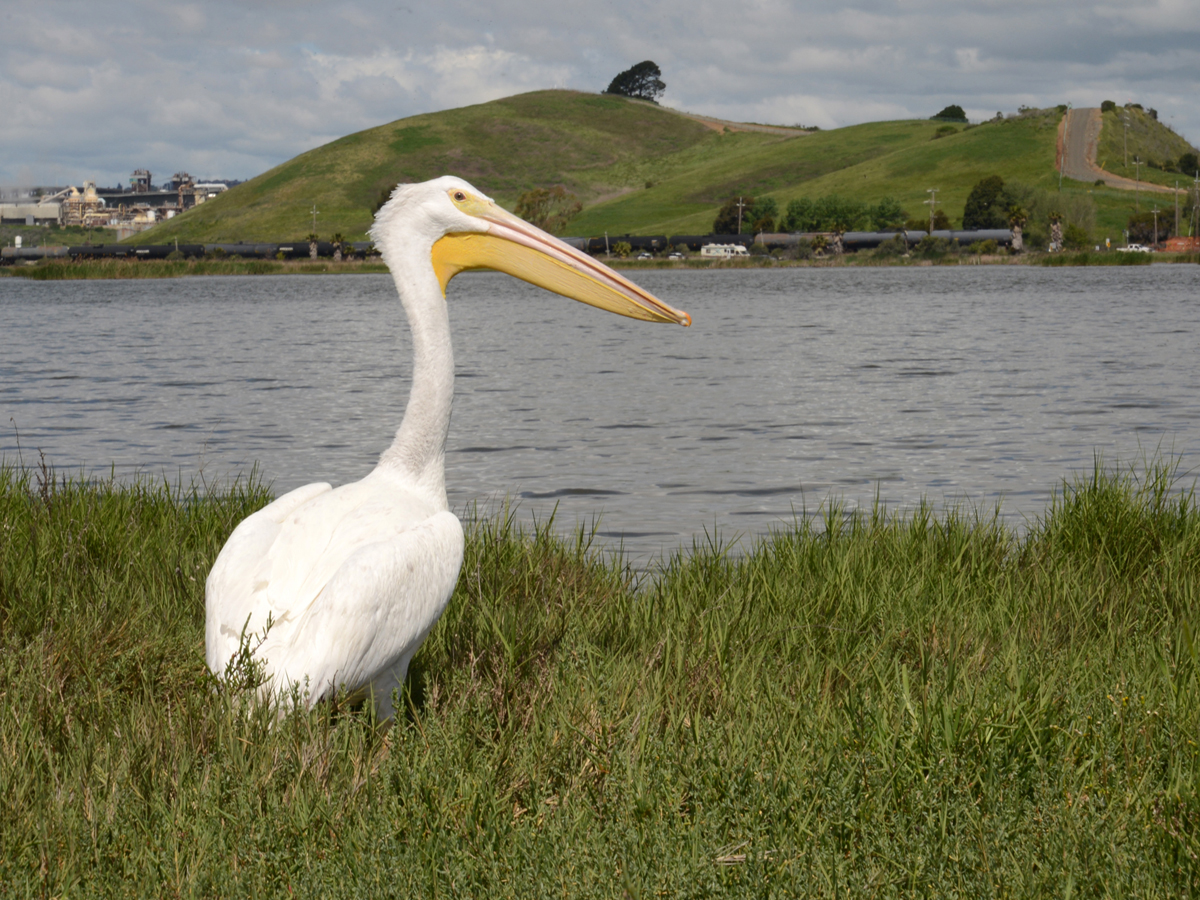 The pelican was brought to IBF in January and was treated for an illegal gunshot wound to its left wing. The bird was rescued by a hunter who found it wounded in Suisun Marsh. IBF was able to repair and save the wing and the pelican received post-operative and recuperative care at IBR for about 90 days.

Officials from Mt. View Sanitary District (MVSD), California Department of Fish & Wildlife, and Office of Spill Prevention & Response (CDFW-OSPR) were on site to document the release.