On Dec. 16, the Parks, Recreation, Marina & Cultural Commission Subcommittee heard presentations from a majority of the 24 Northern California artists who responded to the PRMCC’s “Call for Artists” request for proposals. They were asked for a conceptual design of images that can be wrapped around drab utility boxes in three downtown locations and one site at the Virginia Hills Shopping Center. One box is larger, and three locations have smaller sets of boxes. They are all in busy, drive-by locations

Subcommittee Chair Karen Bell-Patten said they were surprised and pleased by the number and quality of artists that applied for the project, which will pay the chosen artist $750 per location. One artist could be chosen to decorate all of the boxes, or the Commission may recommend different artists for individual locations. The city council will make the final decision on the design images for the boxes.

Clearly, some artists did extensive research on the Martinez area to develop a vision and determine how to give connectivity to work that will be displayed on all visible sides of each box. During the presentations, which included a number of artists that have already decorated similar objects for cities such as San Francisco, Danville, Eureka, Benicia, and Concord, the artists each have a unique view of Martinez. There are at least four prominent local artists in the running too.

Some artists focused on the local love of animals and nature, some on positive ideas about the nature of the town, the history of the area drew the attention of others.

The audience learned that light bright colors hold up better than dark colors which suffered more deterioration caused by heat. One artist said a utility box in her city had been a chronic target for graffiti until she finished painting a scene on it. Apparently there has been none at that site, for the past year.

Remarkably, one artist even discovered uncommon facts about the fleeting history of the Pony Express that served Martinez for a time. She showed a poster advertising for skinny riders under age 18, preferably orphans, who were ready to risk their lives!

The artists came fro a wide variety of backgrounds and work in diverse media, such as watercolor, pen and ink, acrylics, computer graphics, and even metal. Their works will be reproduced in plastic which will be applied to the boxes, so an image of any kind of art can safely be part of the public scene.

Members of the PRMCC Subcommittee will select about five finalists each to recommend to the entire commission for a review in early January. Those choices and the entire selection will be reviewed by the PRMCC then. Artists that could not appear at this week’s presentation session will also have an opportunity to address the PRMCC at that time.

Finally, the PRMCC will make a recommendation of their preferred design concept to the city council, and the council is expected to vote on it Jan. 22.

After that, the final drawings will be completed, approved by the city council and sent to the company for processing to create the plastic images that will be applied. The entire project will debut in May 2020 or before, if all goes according to plan. 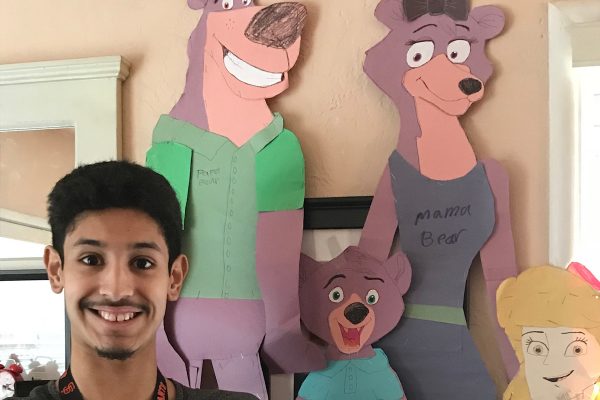