The city of Martinez through its Martinez Veterans Commission will honor area veterans and their service in two ceremonies Monday, Nov. 12.

The holiday, originally called “Armistice Day,” historically has been a remembrance of the “11th hour of the 11th day of the 11th month,” when hostilities ceased during World War I. The name was changed in recognition of the service of those who participated in subsequent conflicts.

This year, the holiday is being observed nationally Nov. 12. Many federal holidays are moved to the nearest Monday, providing workers with a three-day weekend, as is the case this year with Veterans Day.

Martinez’s commemoration begins at 10 a.m. that day at the Alhambra Cemetery on the Carquinez Scenic Drive. It will include a flag raising, benediction, placing of a wreath and the posting colors by the Sea Cadets.

The second and larger ceremony will start at 11 a.m. in Ignacio Plaza, 525 Henrietta St., with a flag raising, musical tributes, addresses from dignitaries and a 21-gun salute by the American Legion Post 29 and Veterans of Foreign Wars Post 1351.

Afterwards, refreshments will be served at the Martinez Veterans Hall, 930 Court St.

The ceremonies re open to the public and admission is free. Those interested may contact the Martinez Recreation Office, 925-372-3510 and recreation@cityofmartinez.org. 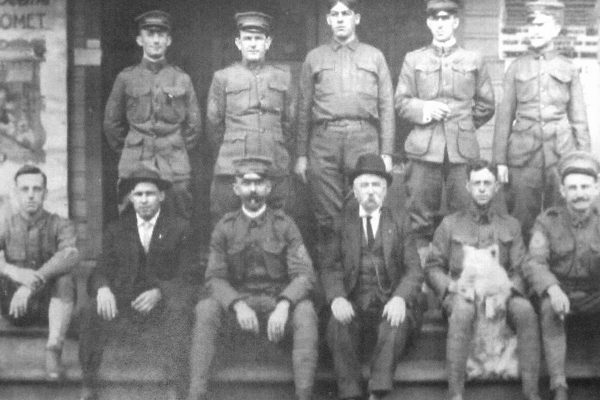 At Home With Vivian: Veterans Day