MARTINEZ, Calif. – Fans turned out for the inaugural year of the Martinez Clippers professional baseball team, sticking by the players during the early losses and enjoying the turnaround that started stacking more games in the win column.

Some say they’re going to miss going to the Waterfront Park ball field now that the regular season has wrapped. 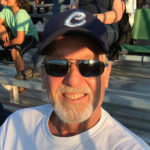 “I love baseball,” Eddie Hammer said, adding that as a Martinez resident, he’s enjoyed having a team in his home town. As the three-month regular season continued, he noticed how the Clippers have improved. “They played better ball the second half,” he said.

Going to San Francisco and Oakland for major league games gets expensive, and going to Clippers games is a more economical alternative. “I watch good baseball – for a good price!”

Watching the independent league contests, Hammer is closer to the action. “You can get any more connected – the beautiful field, the fresh air, the green grass and baseball,” he said. “I’m sad the season is over.” 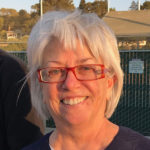 Cathy Ivers was among the Shell Martinez Refinery leadership employees involved in a team-building exercise. They chose Thursday’s game and were rewarded with a 12-5 victory over the Pittsburg Diamonds.

Her knee replacement surgery meant she missed the Clippers opening day. Since her recovery, “my friends and I come all the time,” she said.

“I love baseball – it starts there,” she said. Having to travel just two miles to get to a game is appealing, too.

She likes the field, officially Martinez’s Field Three but described by the club as Joe DiMaggio Field at Martinez Waterfront Park. After all, the team name, the Clippers, comes from the Martinez native’s nickname when he was a star with the Yankees. DiMaggio was dubbed “The Yankee Clipper” for his speed in covering the expanse of center field.

And her friends like the opportunity to watch as the sun goes down and the field lights start to rise. “The sky colors are beautiful,” she said. 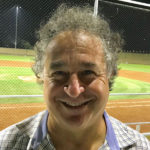 “They had a good time at the game,” he said. “I think it’s fantastic.”

Noting that Martinez is the birthplace of DiMaggio, he said, “How could you not have baseball in the Yankee Clipper’s home town?”

He called the ball club a benefit to the city. “It makes Martinez a better place to be.” 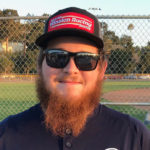 Will Anderson works for DC Solar, the company owned by Jeff and Paulette Carpoff. He’s a motorsports fan who often travels to races with the company, which is a sponsor of Elk Grove native Kyle Larson, the young driver of the No. 42 Chevrolet for Chip Ganassi Racing.

But he’s also at Clippers games when he’s in town.

Anderson played both baseball, as an outfielder, as well as football on the Martinez fields at Waterfront Park, and his father, Bruce Anderson, played baseball at the college level in Marin County.

“Having a professional baseball team here is cool,” he said.

His father had the chance to come to more games before the new school year. He works in the University of California, Berkeley, health department. He was supposed to stay later at the university, but managed to make it to Thursday’s game.

“I tried to come out as often as I could,” he said. When he isn’t traveling to the game from Berkeley, Anderson can walk the short distance to Waterfront Park.

When he couldn’t watch the games in person, he tuned in to the Clippers’ broadcaster, Sam Weismann. The first time he gave the online broadcast from the www.mtzclippers.com website a chance, he was pleasantly surprised.

“He is good, really good and polished,” he said.

Weismann not only has provided listeners with a description of the Clippers game, he has interjected scores from other games in the Pacific Association of Professional Baseball Clubs as well as updates on Major League Baseball contests. In between innings, he has programmed his own music to entertain listeners until play resumed. After the final out, he has conducted post-game interviews.

Anderson pitched in high school games in Albany and college games in Marin. “I couldn’t throw hard, so I hit the corners and other spots,” he said. By comparison, the young Clippers pitchers “can really bring it.”

Anderson called the team “a work in progress,” adding, “This is the first year.” He’s noticed the improvements through the season – the addition of picnic tables and the custom scoreboard, for instance.

“They (the Carpoffs) are a wonderful family, and they did this to do something nice for Martinez,” he said.

The ball club actually belongs to Paulette Carpoff, who is the only woman team owner in the Pacific League.

“This has been the most amazing ride of my life,” she said. “I’m proud of ‘my boys’ and the coaches, and thankful for the opportunity the city gave us. And thanks to the fans!”

City Councilmember Noralea Gipner is among those fans. She, along with Mayor Rob Schroder, were the Council’s subcommittee that represented Martinez in negotiations to turn the dream of a local ball club into a reality.

“This is what we worked really hard for,” she said.

She is pleased and impressed that Martinez employees stepped up to do the city’s share of work to get the field ready for opening night Aug. 31. “They came together as a unit to make it happen.”

When talks started about the prospects for Martinez to gain one of two of the league’s new expansion teams, Gipner began attending games played in Vallejo, Pittsburg, Sonoma and San Rafael. Like Martinez, Napa has a new ball club, increasing the league to six.

The family-friendly games and fan activities appealed to her, and motivated her to help bring the same enjoyment to Martinez.

During this season, she’s enjoyed watching families, the atmosphere of camaraderie, the interaction of fans and the activity of children who race to catch fly balls during her own city’s games.

She also has liked how many of those children get those balls signed. Some also have gone home with bats. One child she knows has collected three balls and two bats this year. Those are more than souvenirs, she said.

In addition, Gipner has enjoyed watching the team’s progress. “Now they are winning nearly every single time,” she said.

She had praise for Paulette Carpoff and her family. “Without the Carpoffs, this would not have happened,” she said. “They were a pleasure to work with. I’m excited for the future with the Carpoffs. They want to invest in the city.”

U.S. Representative Mike Thompson threw the first pitch Thursday. The Napa Democrat whose district includes a portion of Martinez may have more ball teams in his district, California 5, than any other member of Congress.

He said the Pacific League is a “big asset” to the area. Of the six clubs, the Clippers, the Vallejo Admirals, the Sonoma Stompers and the Napa Silverados are in his district. Only the San Rafael Pacifics and the Pittsburg Diamonds belong in other House districts.

Thompson has thrown game-opening pitches for each of his teams, although when he played baseball in his youth, he was a catcher.

“I really love baseball,” he said.

It’s a family love as well, Thompson said. His son, John, played in college, and his cousin is Don Mossi, who pitched for the Cleveland Indians, including during their 1954 appearance in the World Series and retired with 101 wins and 50 saves.

Thompson called baseball “America’s sport. It brings people together and it brings communities together.”

One Reply to “Fans find fun at Clippers games”