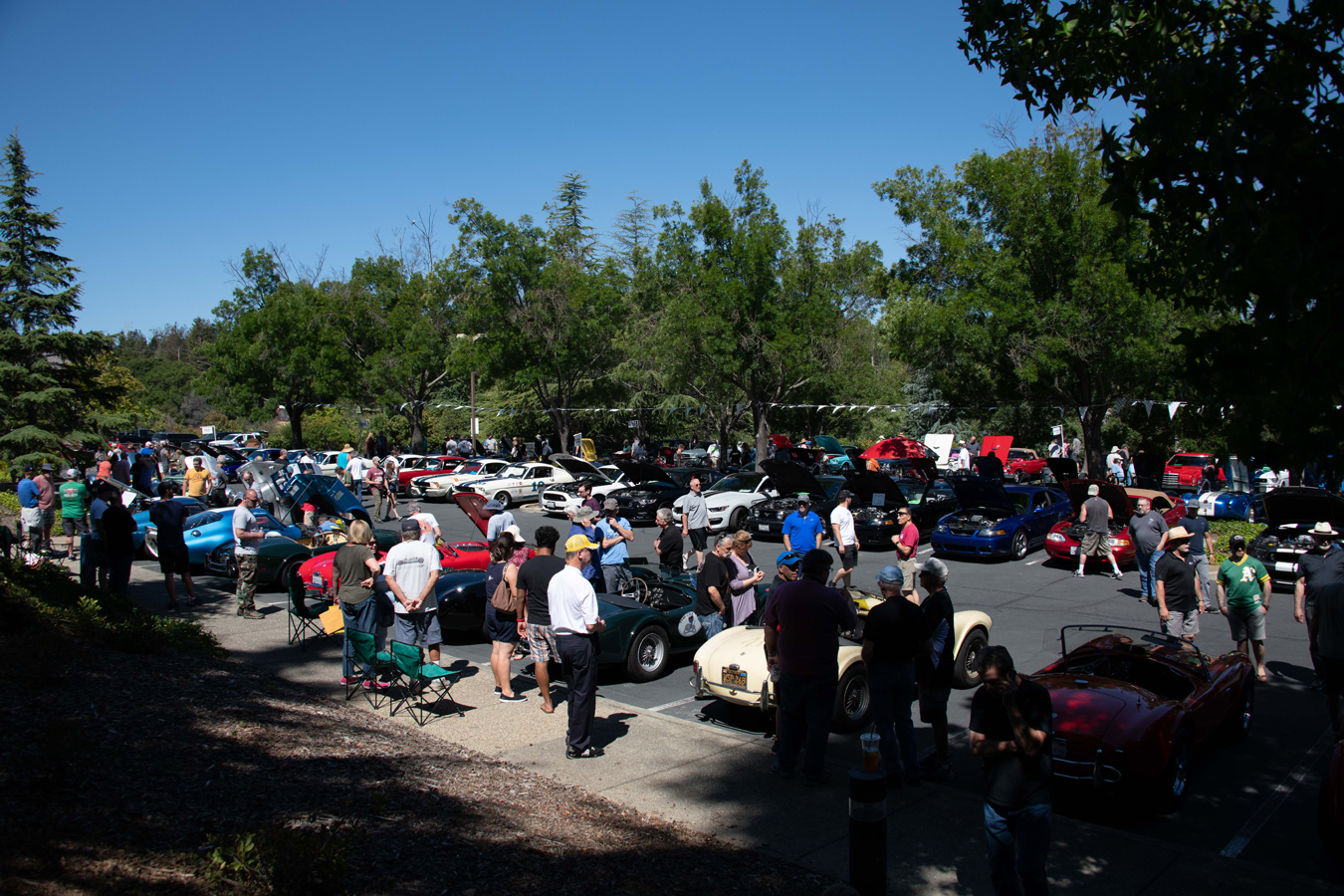 MARTINEZ, Calif. – While the Cobra Day will be celebrating it fifth anniversary this weekend at the Cobra Experience Museum, for the first time it will start off Friday with a Gumball Rally dinner, said Emily Lambert, the museum’s director.

“This is new this year! A new tradition!” she said.

The name “Gumball Rally” comes from a1976 road race comedy movie. Friday’s Gumball Rally dinner will let car fans party at the museum. In keeping with the movie, the party has a 1970s theme and dress code.

Those attending will hear from contestants in the Cannonball Run in the 1970s. Those dressing in the 1970s theme may compete for “best dressed,” and awards will be given.

The dinner also has drawings, a silent auction and Gumball Rally themed games.

Tickets are $46 for dinner and two drinks, and reservations are required because seating is limited. Ticket are available online at https://www.cobraexperience.org/ .

Car enthusiasts will see a record number of Shelby Cobras and other classic Ford Motor Company cars when Cobra Day opens at 10 a.m. Saturday at the Cobra Experience Museum.

Organizers expect the show will be the largest display of original Shelby Cobras not only in the West, but likely in the country.

“Luckily, there are a bunch of them here in Northern California,” Lambert said. “We work hard to get them to come out.”

Lambert said the Cobra is the most replicated car in history, “so I’d say there are some fans there. I think it’s a combo of looks and speed that’s favorable to most Cobra fans”

Then there’s the history.

“Most folks don’t realize that Shelby American ultimately put America in the winner’s circle for the first time,” she said. “The GT350s and 500s are definitely the most relatable and recognizable cars in the museum, as everyone knows Mustangs – they are and were a household name!”

Instrumental in that success was the late Carroll H. Shelby, a native Texan who became an automotive designer and race car driver, winning the 1959 24 Hours of Le Mans. At Ford Motor Company, Shelby was involved with the AC Cobra and Mustangs from the late 1960s to the early 2000s.

In 2962, Shelby started Shelby American to make and market performance vehicles, especially the AC Cobra, also known as the Shelby Cobra while influencing Ford manufactured cars, such as the Daytona Coupe, GT40, the Shelby GT350 and Shelby GT500. In addition, he developed performance cars for Dodge and Oldsmobile.

Cobra Day runs from 10 a.m. until 2 p.m. and admission is free. The show will feature more than 100 Shelby Cobras and other Ford cars produced prior to 1970.

Those interested in entering a vehicle and subscribing to email updates may do so online at https://www.cobraexperience.org/.

Spectators who donate $20 or more will be able to ride in an original Shelby Cobra or other classic Ford in the “Final Cruise Lap” at the close of the show. Lambert said any participating car may join in the Final Lap Cruise, a loop to Crockett along highway and side roads that return drivers and passengers back to Martinez.

The Cobra Day Show is adjacent to The Cobra Experience, which has displays of original Cobras, Shelby Mustangs, Daytona Coupe, GT40, King Cobra, Sunbeam Tigers and a Lotus in its 25,000 square foot building.

Besides the numerous cars on display, the museum has engine and wheel displays, photos and a shop scene as it was at Shelby American in the 1960s.

“These cars remain giants for their contributions to the evolution of the muscle car industry in this country,” Lambert said.

“It is the promotion, conservation, education and preservation of the cars produced by Shelby American that is the linchpin of the Cobra Experience,” she said.

“In the early 1970s, Drew Serb, founder and curator, was captivated by the Cobra and started his journey of restoration and dedication to this special car. Through the years he gained experience in Cobra repairs and amassed an enviable spare parts, artifacts, and memorabilia inventory,” she said.

“He wanted to share these increasingly rare cars with the public and was able to transform his passion for the cars into the Cobra Experience. He is fortunate to run this museum with his wife, Janet, and daughters, Emily and Kate,” she said.

“The Serb family has always been local to the East Bay, and is very proud to be able to share their passion with our tight knit community.

Enthusiasts visiting the museum can watch an HD film about the cars and the Ford and Shelby American story in the museum’s 40-seat surround-sound theater. Those attending Cobra Day can visit The Cobra Experience during the same visit.

Those interested in seeing the museum may do so. Admission to the museum is $10 or adults, $7 for those 65 and older, $6 for students with identification and $5 for children 6 to 12.

Proceeds benefit The Cobra Experience, a non-profit museum committed to the promotion, conservation, education, and preservation of the cars produced by Shelby American.