A former Martinez resident and Alhambra High School alumnus is among a dozen international fashion designers competing for a $1 million top prize in a new television show streaming on Amazon Prime. 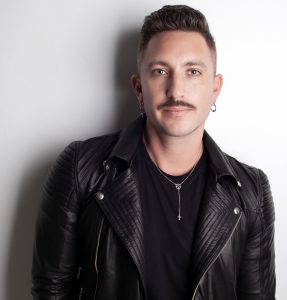 Jonny Cota, creative director of the progressive Los Angeles streetwear label Skingraft, is among the designers chosen for the fashion competition show, “Making the Cut, which is being produced by Heidi Klum and Tim Gunn, known for his role on “Project Runway.”

In addition to $1 million, the winner also receives a business mentorship.

Cota actually was chosen as a participant in 2019, and “Making the Cut” runway shows took place around the world, including in New York, Paris and Tokyo.

“Making the Cut” began broadcasting March 27 and lasts five weeks. By press time, Cota had made it through two eliminations.

Each week, Amazon Prime releases two episodes, which can be viewed anytime through the streaming service.

“He’s very connected to the fashion industry in Los Angeles,” his mother, Nancy, said. That’s how he got tapped to be part of the show, she explained.

The son of Nancy and Kevin Cota, Jonny is one of seven Cota children who are third-generation Martinez residents.

“Jonny is very familiar to many of us in Martinez as he was the recipient of the Chamber of Commerce Young Man of the Year for his community service in 2001,” Nancy said. That’s when he was a senior at Alhambra High School.

I love Martinez so much,” Jonny said. “However, I struggled a lot in junior high with be teased and bullied for dressing and acting too differently.

“Once I was in high school at Alhambra I became more comfortable and confident in my freaky side and channeled that into being a very outgoing student.  My Alhambra drama teachers Ms. Bonjean-Colman and Mr. Weiner really helped me turn that that weakness into my strength and live my life more proudly. ”

He later was graduated from the University of California, Santa Cruz, with a degree in journalism, “a far cry from fashion design, but still using his creative abilities,” Nancy said.

Jonny has other talents, too. He’s been part of a vaudeville performance troupe, for which he has been a stilt walker and fire dancer. Fascinated with the troupe’s costuming, he pursued that interest and formed Skingraft with his brother Christopher.

Back in 2001, while Jonny was a senior at AHS, he was Associated Student Body president, Nancy said.

That Christmas, he received a sewing machine. “It was then that we were blown away by his imagination and ability to design and sew clothes,” she said.

But that’s not the only indication his family had of Jonny’s talent.

“One day Jonny saw a box of dream catchers in the hallway,” she said. While his parents had thought to discard the dreamcatchers, Jonny had another idea, and asked if he could have them.

“The next thing I knew he had made a leather jacket and had incorporated these dream catchers into the jacket,” she said.

He wore the jacket to San Francisco and was stopped by someone on the street and asked where he got it. “He told them it was one of a kind and that he made it,” Nancy said. “The person offered to buy it off of him right then, which he sold on the spot. When he came home, he told us the story and said that he needed to make himself another one.  That’s when I knew he had real talent in fashion!”

“The first piece of clothing I ever made was a leather vest with dream catchers sewn into it,” Jonny said.  “I made it for myself and never considered myself a designer even when I sold that piece off my back.  To be honest it took me years of designing and selling my early pieces before I was convinced that fashion could be my career.

“Now when I reflect back, I see my creativity spanning all the way back to high school with designing costumes for the rallies and directing school plays.  But I never realized at the time that I could live and work a creative life. ”

The COVID-19 pandemic and rules against congregating has ruined the family’s dream of having viewing parties for friends who want to see “Making the Cut” at the Cota home, where they would have cheered Jonny’s victories. But that hasn’t stopped Nancy from spreading the word.

“I love our small town of Martinez and how everyone supports each other so I wanted to get the word out to his teachers, his former schoolmates as well as our family and friends,” she said. She’s used social media outlets to announce Jonny’s presence on the show.

“I was hoping that some of the teachers he had through the years would use this as an inspiring story for their students,” she said.  “Here is a real-life example of a student from their small town followed their passion, worked hard and is now realizing their dream.”

Jonny relishes the chance to chase his dream,

“I am thrilled to be competing on Making the Cut and doing what I love everyday for a living,” Jonny said.  “I am a prime example that wherever you are from and whatever your circumstances, follow your dreams, never stop hustling and you can be anything you want to be in life.”