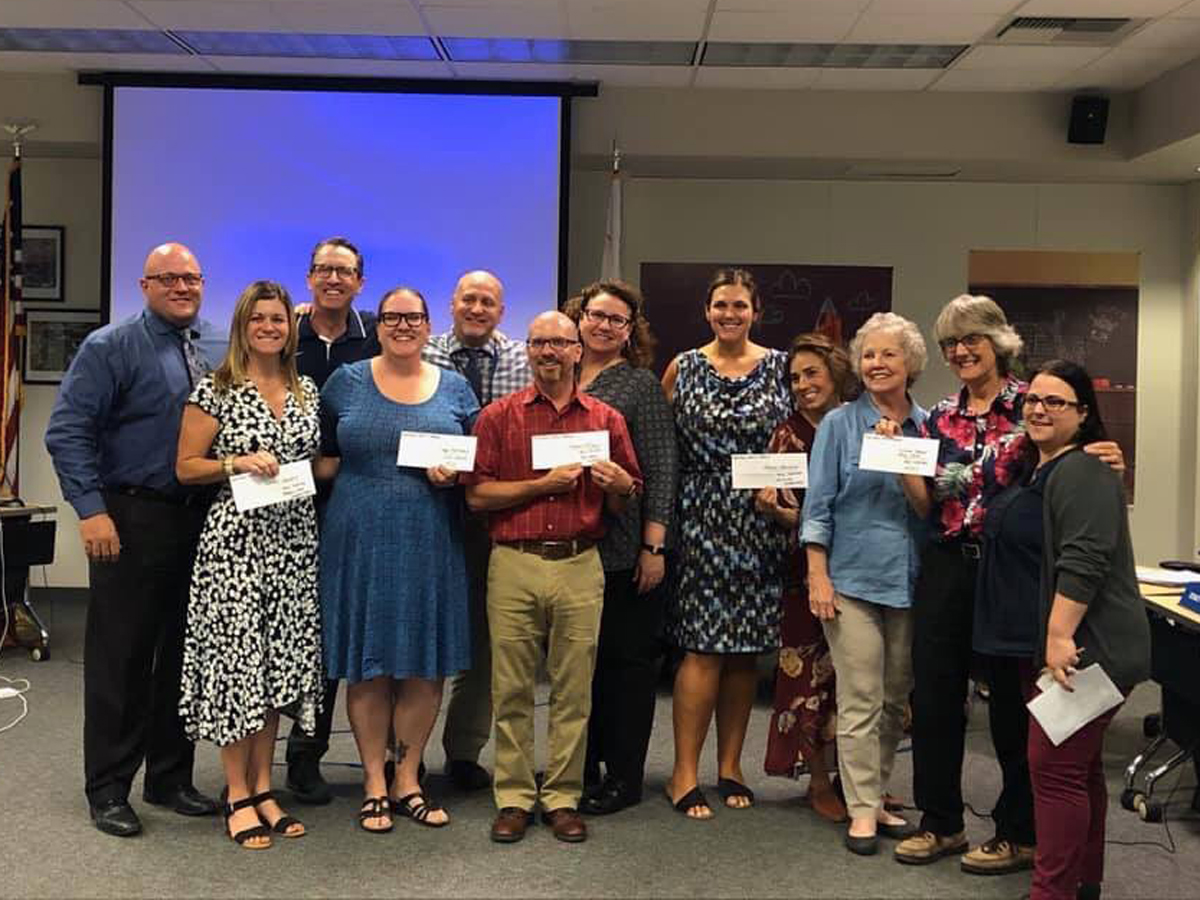 MARTINEZ, Calif. – Martinez Unified School District spirits were high this week with parents at Back to School nights and the receipt of generous donations from the community.

The Martinez Music Forum, States Coffee, the Martinez Rotary Club and the Martinez legal firm of Tully & Weiss helped give schools a boost with their contributions to MUSD and its programs.

Funding for the Music Department at Alhambra High school goes to purchase new music, buy tuners for the orchestra and band, repair and buy instruments, and other necessities, according to Music Director Sara Stafford. She is in charge of the choir, jazz band, orchestra, and concert and marching bands, all of which have busy performance schedules during the school year.

Music programs at all of the schools receive funding from the district, but Stafford said Music Boosters and donations make a big difference in what students can learn to do and add variety to their performances.

The Martinez Music Forum represents a 100-year old tradition of support for music in Martinez. The group raises funds to support youth music programs and scholarships in the MUSD.

According to local Historian Harriett Burt, the Forum’s roots may stretch back to 1915 when it was the music section of a Women’s Club, evolved into a music club and, in various forms, the group has continued to perform and assist musical training for youth in Martinez ever since.

Attorney Joseph Tully, who grew up in Martinez remarked, “I think that charity really does start at home, and I like to give to something that keeps on giving.” Supporting music education for students is a perfect match, according to Tully.

“Music does so much. It connects us,” Tully observed. “Even later in life, for solace, as a way for people to express themselves and to share their feelings. Music is a fundamental aspect of the human condition.”

The law firm of Tully-Weiss donated $4,000 to the John Muir Junior High School music program this year and has done likewise for other schools in the past. “I believe in donating 10 percent to charity,” Tully commented.

Some students are inspired by music and others respond to books and the ideas they produce. The Martinez Rotary Club has a record of donating for scholarships and special activities, but throughout the year, its members donate books to MUSD on behalf of each guest speaker and last year’s collection of books was given to the District just in time to be distributed to the elementary schools for the coming school 2019-2010 year.

MUSD received a special Back to School gift of $4,000 came from Keith Gehrke, States Coffee & Mercantile owner. Gehrke donated 100 percent of Back to School day’s receipts to MUSD.

This is why: “Our children are the future leaders and dreamers in Martinez. I have two sons in John Muir Elementary. As a father I strive to lead by an example and do things that one day they will be proud of and want to emulate,” he said.

“I love what I do and… it is a dream come true. States was not started as a business to make a buck,” Gehrke commented. “My passion for coffee and design created it but the community made States what it is today. For that, I am forever grateful. The money donated came from the heart and a gift to my community as a thank you.”