MARTINEZ, Calif. ­­– In the 1970s, a community watch volunteer working in a Philadelphia, Pa., suburb realized that neighborhood watch groups needed to communicate better with each other. Then the volunteer, Matt Peskin, decided even more was needed – a get-acquainted celebration. 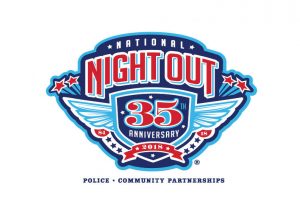 His idea of block parties, festivals, parades, cookouts and other events that brought emergency responders and residents together grew into National Night Out. More than 38 million will turn out for the celebration Tuesday, including many Martinez residents.

This city will have three familiar primary gathering sites, Les Schwab, the Alhambra Tree Farm and Creekside Church, as well as multiple smaller celebrations throughout Martinez and its neighborhoods.

Mayor Rob Schroder recalled an early Martinez celebration from the days he lived with his late first wife on Green Street, where she was captain of her local Neighborhood Watch group.

For several years, they would put out chairs and start a barbecue. They also served ice cream, he said.

“Back in those days, a great many neighborhoods would come together,” he said. Law enfordement officers would stop by, too, he said.

“Since then, it’s really grown,” he said. Still, the basic premise of neighborhoods, police and other first responders getting together to get acquainted continues, he said.

Martinez Police and Contra Costa County fire Protection District will be at Les Schwab, 3800 Alhambra Ave., where some emergency personnel will give demonstrations.

The Killbillies band will be playing. Barbecue hamburgers, hot dogs and ice cream floats will be served by Les Schwab employees, and children will be able to play in a bounce house. Customers’ cars and hot rods will be on display.

Les Schwab is using the event to collect “Care Bears,” said Nancy Tubbs, in her announcement.

“The red and blue glow from the lights of a police care are intimidating ahd scary for a young child,” Tubbs said. “These teddy bears are used to help officers bond with young children in these strewssful moments.”

She said those stopping by the Les Schwab celebration may donate a new stuffed animal f any type, and those toys will be distributed to Martinez first responders.

Another popular spot on National Night Out is the Alhambra Christmas Tree Farm, 2647 Reliez Valley Road, starting at 6 p.m. Tuesday.

This site’s celebration has been planned by two Realtors and Neighborhood Watch organizers, Pete Sabine and Lori O’Brien, in partnership with area law enforcement offices, first respondors and area neighbors.

Like Les Schwab, the Alhambra Christmas Tree Farm also is using the event as a way to collect contributions that can benefit community members. In this case, attendees are being asked to contribute nonperishable food that will be given to the Food Bank of Contra Costa-Solano. Anyone who does so will be given a free drawing ticket that makes them eligible to win prizes at 7:30 p.m. that night.

This is the fourth year the tree farm has been the site of a National Night Out celebration, and it is expecting representatives from California Highway Patrol, East Bay Regional Park Police, Martinez Police American Medical Response and Contra Costa County Sheriff’s Office,

The Midnight Flyer Band will play live music. Steel Smokin’ Barbecue will have a food truck there, and adults can participate in beer tasting.

A REACH emergency helicopter will land at Creekside Church, 444 Fig Tree Lane shortly after its celebration starts at 6 p.m. A Mothers Against Drunk Driving vehicle will be on display.

California Highway Patrol officers will be present to offer advice about chidren’s car seat installations, and will check car seats at no charge.

The Amber Swartz Foundation will be at the church, with representatives in a station that will provide free fingerprinting and DNA testing for children.

The Radio Flyer Band will provide live music and children can play on jumps. Those attending will be served a free meal.

Among other neighborhoods planning events are the Martinez Senior Center, Muir Oaks and the Diablo View Neighborhood.

“While National Night Out is a national event that promotes community building and police-community partnerships, it takes place in different ways in different communities,” Martinez Police Chief Manjit Sappal said.

“For Martinez, we have different businesses, groups and neighborhoods that support the event to promote people meeting each other as well as meeting the police officers that serve the community,” he said.

“We always have a great showing and I expect that it will be no different this year. I would encourage people, especially in a day and age where texting and emailing is a normal way of communicating, to come out to one of the events to talk to their community members and focus on building relationships – as well as to eat as there is always great food!” he said.

He expressed his thoughts about what makes Martinez’s National Night Out celebrations special.

“I think one thing that sets our National Night Out apart from others is that even though we are a city of 38,000 people, we are a tight knit community,” he said. “National Night Out reinforces our level of neighborliness as well as our common bond of maintaining a safe, healthy, and vibrant community.”