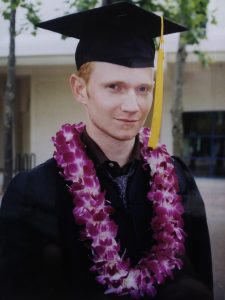 I filled up my wife’s van with gas a couple weeks ago, before we were all sheltered in place. I was surprised when it cost over $50. I usually drive my little Mazda that holds $35 worth at the most. On the other hand, when you think about it, $50 isn’t really that much in the big scheme of things. I once wrote a check for $2,500 to buy a used car. It was the first car I ever bought from a dealer. I bought the 1976 Chevrolet Monte Carlo in 1978 when my 1965 Plymouth Fury with a 27 gallon gas tank suddenly died. The Plymouth would cost $100 to fill if I still had it today!

I have always been fascinated by big numbers.  The popularity of  Guinness World Records proves I am not alone. A lot of people are fascinated by the biggest, smallest, oldest, fastest, and heaviest things on earth. It fires the imagination to consider a blue whale that weighs 200 tons or a redwood tree that grows 300 feet tall. On the other end of a spectrum, viruses are tiny, ranging in size from about 20 to 400 nanometers in diameter. Billions can fit on the head of a pin. There was a hit song in the Broadway musical Rent about 525,600 minutes in a year.  Composer Jonathan Larson tapped our fancy when he wrote “How do you measure a year?” This poignant question was answered with – what else? A big number.

When I was employed in the Public Works Department, we measured water constituents in parts per million.  That is one drop in 13.2 gallons. There are 75,708 drops in a gallon of water. I wonder who counted that. Probably another person who likes big numbers.

We hear in the news about the government trillion dollar program to aid those affected by COVID-19. What does a trillion dollars look like? Start with a $100 dollar bill, the largest U.S. denomination available. $1 Million would fill a grocery bag and weigh 22 pounds. $1 Billion dollars would weigh 11 tons and fill a tractor trailer. $1 Trillion would cover a football field more than ten feet deep. A trillion is impressive but not the biggest number.

Astronomy is a great place to find bigger numbers. In 1989, Astronomers Margaret Geller and John Huchra discovered a “Great Wall ” of galaxies spanning millions of light-years. This Great Wall is estimated to be 3 quintillion miles long, 1.2 quintillion miles wide, and 90 quadrillion miles thick. A quintillion is one million trillions.

David Blatner, in his book Spectrums, points out that the number of stars is “an unbelievably large number…more than 10 times the grains of sand in every beach and desert on earth!”  He slyly adds that you will find the same number of molecules “in just ten drops of water.” Amazing.

Pi is a great number to think about — an infinitely huge number. I always round to 3.1415.  Our daughter Marion memorized the first 20 decimal points to improve her memory and impress new acquaintances. I was certainly impressed the first time she rattled them off at dinner one night.

Big numbers are fun but can also be tricky. “Austin Powers” character Dr. Evil got into trouble when he asked for a ransom of “One Million Dollars.”  As soon as people started laughing, he quickly changed it to “One… Hundred… BILLION DOLLARS!” I am not sure even that number would be big enough today. “Austin Powers: International Man of Mystery” was written 25 years ago so you would need to adjust for inflation.

Inflation certainly adds interest to numbers.  I remember when a new Volkswagen Beetle sold for $1,575 in 1966.  There was a billboard on the road to downtown Santa Cruz in 1970 (when I was looking for my first car) advertising a fully loaded model for $1,999.  Of course I did not have that kind of money as a high school student.  My used Mercury Comet cost $350. That would not buy much today.  Because of inflation, Vivian’s car we bought last year cost $36,000. That is amazing when you consider that my parents bought a brand new, six bedroom house in Santa Cruz for $29,000 in 1965. A couple years ago, that same house sold for over a million.

That is what happens sometimes when we think of huge numbers. Reality blurs and imagination fades the line between science and science fiction. While  we are all sheltered in place, there is time to think about things like huge numbers. Fortunately, my wife’s van is still full of fuel and will remain so for a long time. I am not anxious to spend another $50.

One Reply to “At Home with Jeff: Big Numbers”