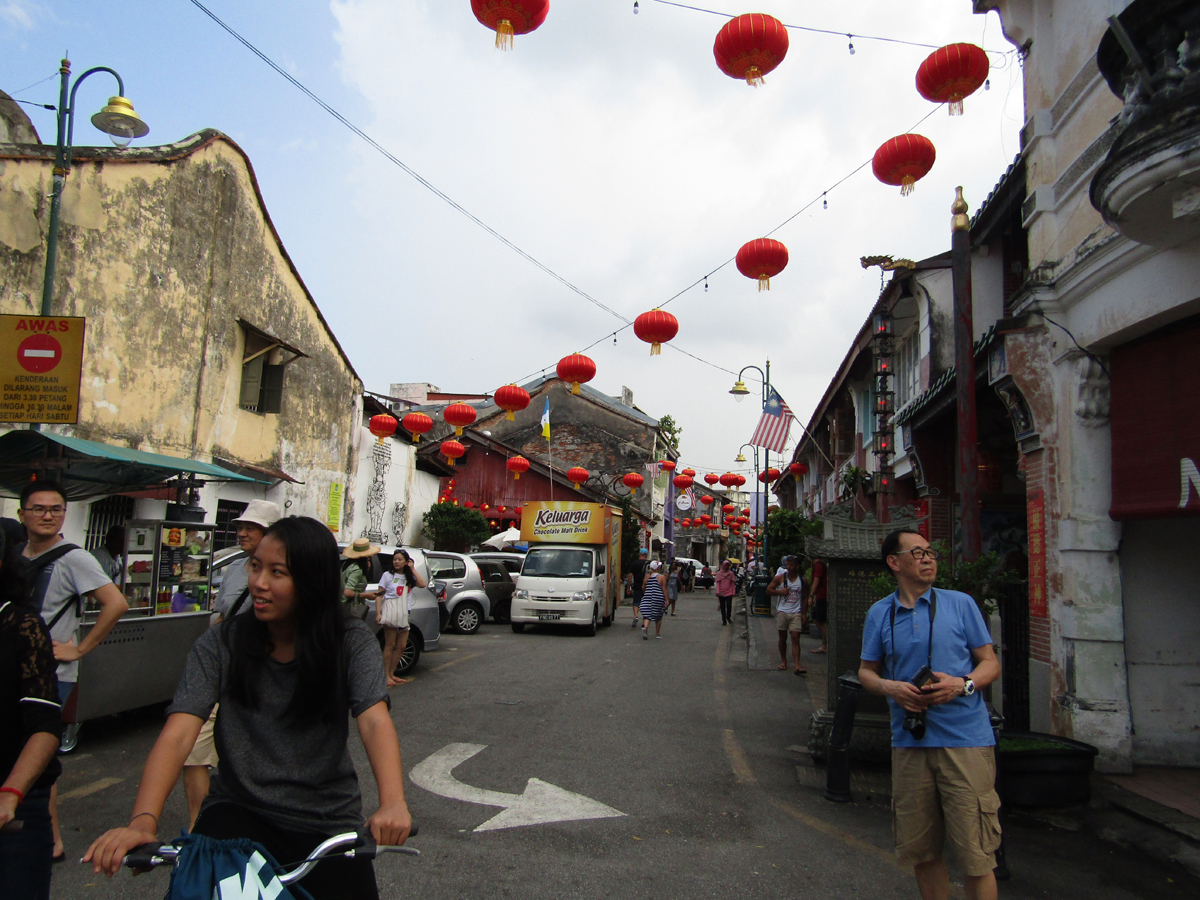 “I love you a bushel and a peck, a kiss on the cheek and a hug around the neck” was written by Frank Loesser and sung by Doris Day. That song was sung loudly and off key by my mother to wake my kid sister and I up in the mornings. She also sang it to us just because she loved us. I sang it to my kids. My toddler granddaughters love it. Jeff, who has a beautiful voice, is not allowed to sing it to them. It’s my song. My mother gave it to me.

February is the month of love. Romantic love, love of family, love for friends and pets. There are so many kinds of love. Remember getting those little cards in elementary school? My mother always set out a little box of chocolates for us before school. I did the same with my own children. Then one day I got a Valentine from a boy. That was pretty cool. But when I got a Valentine from a very special boy, well, I married him and we’ve been making valentines together for more than 40 years. I hope everyone can be as lucky in love as we have been.

One of the things Jeff and I learned about each other early in our relationship was that we both love traveling. For years I’d look at a picture of the Eiffel Tower and wonder what it would be like to go to Paris. Well, I can now tell you not only what it’s like to be in Paris, but what Paris looks like from the top of the Eiffel Tower! Not bad for a kid raised in West Pittsburg.

Last week I wrote about our recent cruise to Southeast Asia. I have one more stop on our trip to tell you about. Thank you for your patience.

In Penang, Malaysia, Jeff and I signed up for an excursion offered by the cruise line. We toured golden temples, an elegant Malaysian mansion and walked along a traditional clan jetty — a small pier that has homes built on stilts over the water on either side of the pier. It was a lovely afternoon walking through Georgetown, the old colonial city in the state of Penang. Georgetown was declared a World Heritage Site by UNESCO in 2008. We learned a lot about a country I never in my life expected to visit. The excursion ended all too soon.

Back at the port, Jeff and I weighed the options of going up the gangplank to have dinner on board or with walking back into town to buy postcards. We wrote postcards to our granddaughters at each port but hadn’t found any on our day’s excursion. With several hours remaining before the ship pulled up anchor Jeff and I walked back into town. The sun had set, but the streets were well lit. A postcard hunting we went! 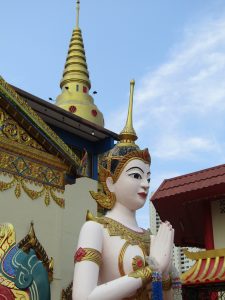 With a walking map of Georgetown in hand, we headed for a marketplace in “Chinatown” that we had passed earlier with the tour. We found ourselves walking right through the middle of “Little India”. Pastel colored lights more fanciful than our Christmas decorations hung over the streets. Bollywood-like music came from open shop doors. Beautiful bright silk scarves and sarees adorned mannequins in shop windows. Gold jewelry, urns, and decorations glistened in shop windows as we passed. Every other building space was a restaurant or food shop. The spices and cooking aromas were heavenly. There weren’t as many tourists about as I expected which was kind of nice. We enjoyed seeing families walking together, many of the ladies wore bindi (forehead decoration). All smiled and nodded as we passed. We felt totally safe but maybe a little lost.

Jeff checked the map as we turned down the next street. The end of the block opened up to a well lit thoroughfare and there sat the Indo-Moorish Kapitan Keling Mosque. The mosque is a Penang landmark, built in 1801 by Penang’s first Indian Muslim settlers from the East India Company troops. The white mosque has large golden Mughal-style domes and a single Indian-Islamic minaret from which the sound of the call to prayer was broadcast. We couldn’t understand the words, but the prayers had a beautifully haunting melody as heard in the movies or on the National Geographic channel. Ladies wearing hijabs balancing children and shopping bags waited at a bus stop, ready to go home for the evening. With Little India smells still in our nostrils and Arabian sounding music in our ears, we walked on towards Chinatown.

The map told us Chinatown was just around the corner and sure enough, there we found the streets decorated in gold and red. It was a couple of days before Chinese New Years and the area was decorated to the hilt. Hundreds of electrically lit red and gold lanterns swayed from strings across the streets.This is the year of the pig, (a symbol of wealth) and so cute little piggies adorned every shop window. From decals, to stuffed animals – the area was profuse with pigs. Sadly, the large open market was closed as were most of the shops. Without postcards, we headed back to the ship.

We popped out on a street named Armenian. (Armenia is a very far off place to Malaysia! Could we have walked into Little Armenia?) As we strolled down Armenian Street, we saw several restaurants. There was a Thai, a Chinese, several Indian, and one whose sign I could not read. As we got closer to one well-lit open store front I thought I spied a rack of postcards. We stopped and went in. Yay! There was indeed a rack full of postcards. But they all had pictures of cats.

A young man came over and asked if he could help me. I told him I was looking for postcards from Penang for my granddaughters. “These ARE postcards from Penang!” he exclaimed. Then he eagerly took Jeff and I over to the counter where there was a television screen hanging on the wall. “We are the first ‘Cat House’ in Penang!” he proudly announced. Sure enough, there on the television screen was a room filled with twenty cats, sleeping, playing, and staring back at us. A video camera was aimed into the room so that everyone could watch the kitties play. “They are in our apartment upstairs.” the young man explained with a broad smile. We bought postcards with pictures of cats and “Armenian Street Cat House” stamped on the back. And a refrigerator magnet too. How could we not?

Jeff and I eventually made it back to the ship in one piece. Crossing the roads in that part of the world can be a very risky business , don’t you know. Mopeds show up when you least expect them. We were having a late dinner in the dining room as our ship the Princess Sapphire pulled away from the island of Penang. From the window we watched the lights on shore fade into the distance. We marveled at our experience. My fitbit told me we had walked just over two miles and yet it seemed we had gone to the far ends of the world.

I clinked glasses with my traveling companion for life. We are so lucky.

Enjoy Valentine’s Day. Do what you love with someone you love.