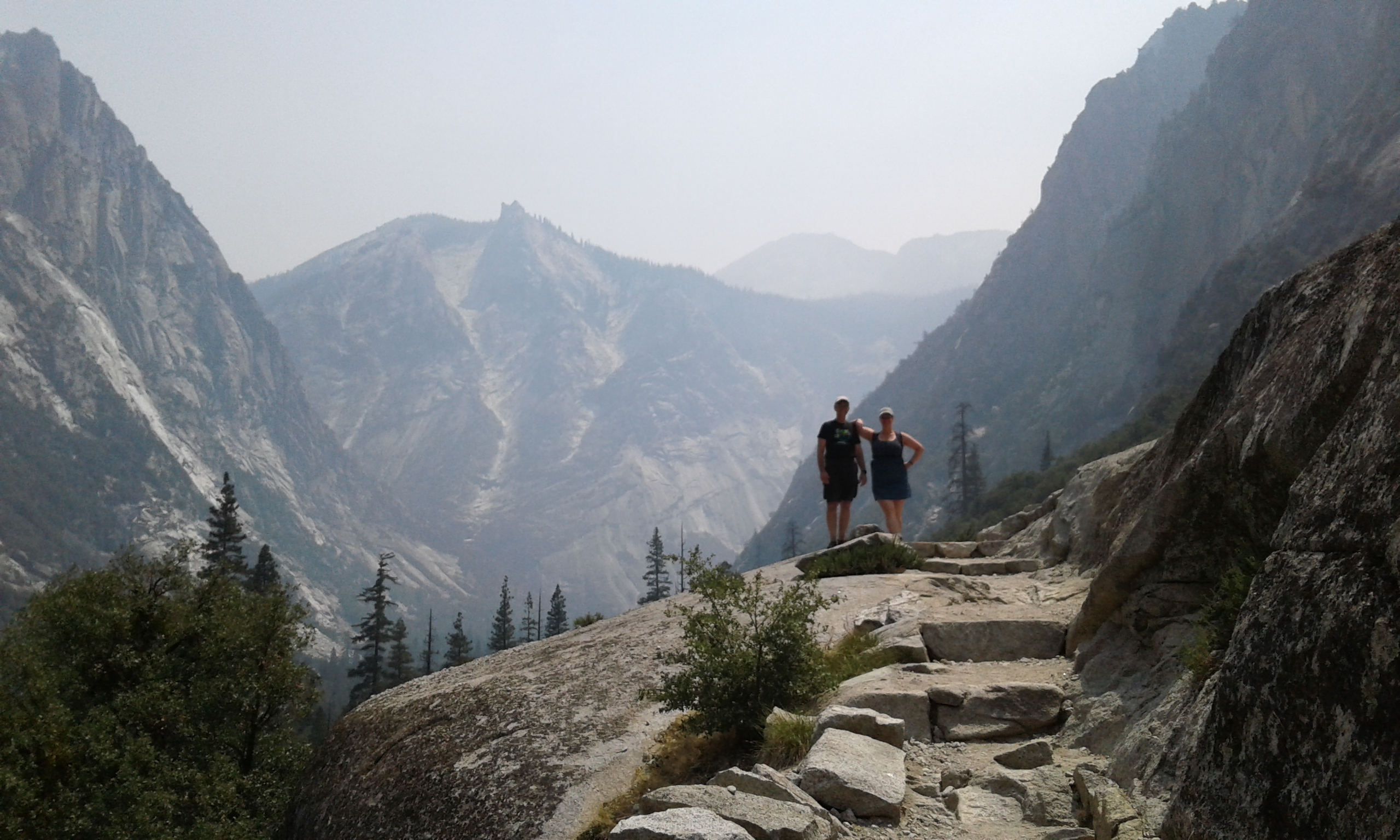 A hike is a long walk with snacks – Ranger Marion Roubal 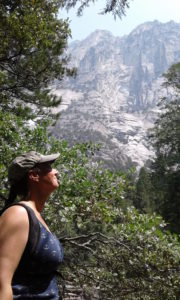 I was raised in a family that appreciated nature. In fact, I can’t remember a time when we didn’t spend most sunlit days outdoors. We camped every summer; Lake Tahoe, Mt. Shasta, the Redwoods, Guerneville, the Russian River – anyplace where my dad could throw in a fishing line and we girls could splash in the water. My sisters and I have joyfully continued that camping tradition with our own families.

With so many years of camping in the great state of California, you’d think it would be ‘old hat’ by now. Some things are routine; pack the car, unpack the car, put the tent together, set up the camp stove, popped corn over the camp fire. But every trip has blessed us with wonderful surprises.

The majority of our camping trips have been in the northern half of our state. A couple of years ago we drove further south to Sequoia National Park. We saw the giant Sequoiadendron giganteum, the largest living trees in the world (measured by volume). The pillar-like tree trunks were so tall, you had to back far away to see the tops. I felt like I was walking through a gothic cathedral as we strolled through The Giant Forest, named by John Muir.

In this grove stands the 275-fot-tall General Sherman Tree. Its trunk weighs an estimated 1,385 tons (2.7 million pounds!) and its circumference at the ground is nearly 103 feet. It’s not what you’d call a pretty tree, but it is a strong solid hunk of wood. If you’ve ever seen a huge coastal redwood, imagine one that is twice as wide at the base. The sheer solid awesomeness of the Sequoia redwoods assures us that they will be standing long after we are gone. 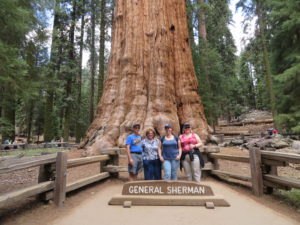 While in Sequoia National Park, we purchased tour tickets to the Crystal Cave, which is a marble karst cave. My niece Maryann was with us and had never been through a cave with stalactites and stalagmites. We walked down a half mile to the cave entrance and arrived just in time for a thunder storm to break loose. It sounds counterintuitive, but according to the tour personnel, it’s dangerous to be in a cave during a lightening event. Our tour was canceled and we hiked back up the trail in the rain. We sang all the way to make the trudge more fun.

We spent most of the next day indoors learning as we drove to several of the natural and historical museums in the park. That night the rain let up long enough for us to cook dinner. We ate in the tent and watched the rain come down. It’s hard to describe the wonder of that evening. The patter of rain drops on the tent, the roar of the wind through the tops of the trees belied the warm gentle breeze we felt on the ground. The excitement of the brief hail storm. The fragrance of pine trees mixed with the aroma of grilled pork chops, and combined with the familiar smell of 25 years of camping in the same tent.. Those pork chops were the best I’ve ever eaten.

The next morning, we packed up and headed for home, resolved to come back and explore the Crystal Cave, and hike through Kings Canyon. It took three days for our camping gear to dry out. And two years to get back to Kings Canyon.

We lucked out last weekend on our trip to Kings Canyon. No rain and moderate temperatures. We camped at the 6,000 foot level so even the mosquitos stayed away. The meat bees were particularly hungry, but we found by cooking after their bedtime we could eat in peace.

We spent a leisurely morning the first day of our trip. We had a hearty breakfast of “cheesy egg scramble,” a dish Jeff invented years ago, sliced cantaloupe; camp stove percolated coffee, and bacon. There’s something magical about bacon and coffee under the morning sun out in the middle of nowhere.

That afternoon we made our way back to the Crystal Cave. The way the lights played on the damp rock formations truly looked like a cave of sparkling crystals. We saw a stalagmite that was 90,000 years in the making. It looked like Jabba the Hut. Our guide told us to remember that stalactites hang ‘tightly’ to the ceiling and that stalagmites, ‘might’ make it to the ceiling someday. The cave was a comfortably cool 48 degrees inside.

The next day we did our big hike, which according to our daughter Marion is just a long walk with snacks. We packed lunch too. We drove 23 miles on the Kings Canyon Scenic Byway to Roads End. In addition to being the end of the road, Roads End, is also the name of the trail head for several different hiking trails. We headed down the Paradise Valley Trail to Mist Falls.

Starting with a college class in geology and continuing from our many visits to natural museums in parks, I’ve come to understand how our world took on the shape it has. Even though I understand it, it still absolutely amazes me. Can you imagine a glacier, just frozen water, slowly inching along for millions of years? Sounds kind of slothful and yet that water carved out a valley right through the solid rock of a mountain chain. When I look up at those jagged mountain peaks, I can practically feel the force and violence it took to uplift all that granite.

Our hike out to Mist Falls was a ten mile round trip. We walked over sand that the Kings River left behind on one of its meanderings. Rocks, left behind by the glaciers, were the size of two story homes. They littered the landscape between the trees. We trekked up 800 feet in elevation, in a nice moderate climb. We crossed granite rock worn smooth millions of years ago. We stopped for our first snack of the day on a quartz rock outcrop. I caught my breath as I looked back on the valley below. Even though there was smoke in the valley from the fires still burning near Yosemite, the jagged mountain peaks stood tall in all their glory. John Muir once said that Kings Canyon rivaled Yosemite. He was right. Not only is the scenery awe inspiring, there are a lot fewer visitors.

The thunderous sound of the river hitting the rocks below and the mist from the falls cooled us, creating the perfect atmosphere for lunch. Jeff, Marion, and I dangled our toes in a small pool near the falls and then began our hike back. It was a wondrous day to be out in nature. It was a beautiful day spending it with my family. No cell phones, no obligations but to enjoy each other’s company.

That night as we sat around the campfire toasting marshmallows, we looked up into the sky and saw the Milky Way. It had been a long time since I had seen so many stars. And yet, they are in the sky every night. When was the last time you looked up?

We are blessed to live in Martinez. We are surrounded by open spaces, regional, state and national parks. Take a day trip, or plan an overnight before the summer is lost. Go for a hike, which is really just a long walk with snacks. Lots of snacks.