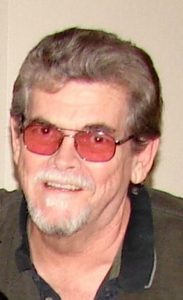 Bruce Harold Commiskey passed away at age 79 on Sept. 1, 2019. Bruce was born in Troy, NY, but lived in Contra Costa County for most of his life.

He served in the U.S. Army from Oct. 1957 to Oct. 1960 and was in Airborne Battle Group 101st infantry. Bruce worked for Teamsters as a truck driver for many years and worked for County Connection as a bus driver until retirement in 2001.

He moved to Magalia where he volunteered for the “Stars”, the sheriff’s team of retired seniors. He moved to Sun City Roseville, where he played bocce, then moved back to Martinez in 2008. He volunteered at the Martinez Senior Center until Dec. 2018.

In lieu of flowers, please send donations to Meals on Wheels or Grace Episcopal Church in Martinez.

One Reply to “Bruce Harold Commiskey”