Around 40 parents attended the Martinez Unified School District (MUSD) Board of Trustees meeting Monday night to express their disappointment and anger at how they say the district is addressing issues related to bullying at Martinez schools, particularly Martinez Junior High.

A social media post from Yazmín Llamas-Morales detailed an altercation her child experienced after what she says was prolonged bullying by several students resulted in her son receiving scrapes and bruises around his neck, arms, and torso during a fight. The post received over 300 comments from parents, describing the bullying and intimidation their children experienced at Martinez Junior High. Some of the bullying occurred in physical form and others says it occurs on social media. All were dissatisfied with the school and districts response to the growing issue. 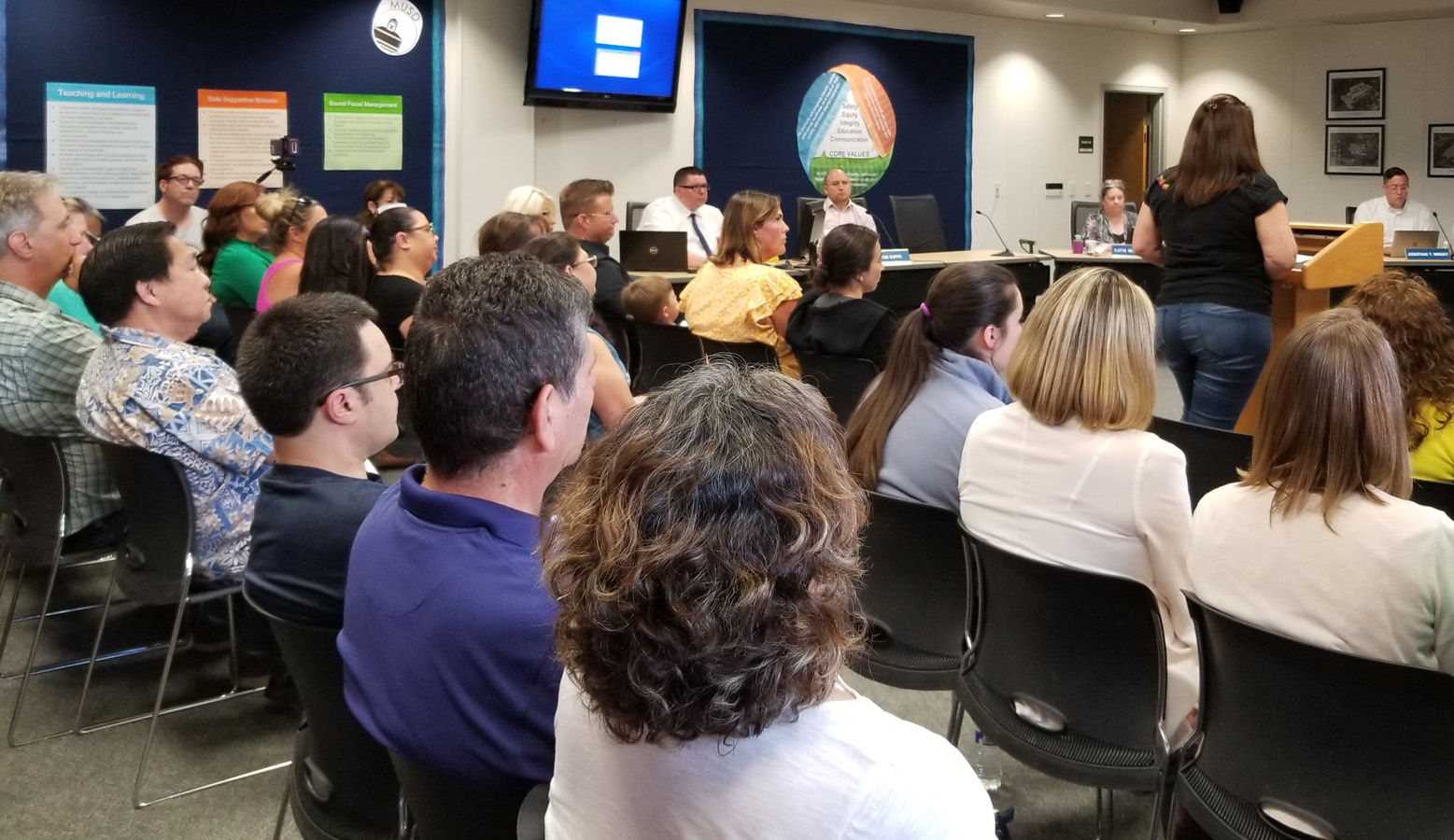 Yazmín Llamas-Morales addresses the MUSD Board of Trustees.

At Monday’s meeting over a dozen speakers shared emotional recaps of what their children or grandchildren experienced, expressing frustration that more wasn’t being done to address the bullying issue.

Michelle Gibson shared the story of her 7th grade child, who was stabbed at Martinez Junior High in 2015. Gibson told the board her son suffers from PTSD related to that experience. Several speakers shared specific instances where there child was targeted by a bully and the consequences applied by the school did not stop the bullying. Many were unhappy about how the incidents were handled, either not receiving proper and timely notification their child was involved in an altercation or that their injured child was made to feel like the aggressor.

One Martinez resident said his grandson was forced to transfer out of the Martinez school district due to issues of harassment and bullying. Other parents said their children have had to seek therapy to cope with the issues.

A parent told the board that her daughter is uncomfortable going to school after witnessing a group of students verbally harassing teachers for months. The parent explained that bullying reaches more than just a direct victim. One speaker related an incident of a teacher being knocked to the ground in the school hallway trying to intervene in an altercation.

Several speakers told the board that the bullying extends past the confines of the campus. The harassment has evolved to social media sites and reached past “kids will be kids” stage.

Martinez Police Chief Manjit Sappal was in attendance, but did not speak. Some of the speakers noted the district does not have school resource officers (SRO) on school campuses. Those parents felt the prescence of a SRO would help alleviate some of the bullying issues. Chief Sappal has gone on record his support of the SRO program but noted that MPD is currently understaffed.

The topic was not on the MUSD Board’s agenda, therefore the Trustees were not permitted to respond or take any action at the meeting. During the trustee comment period member John Fuller suggested the district hold an extended meeting at Martinez Junior High. That would allow the Trustees to “hear more voices on this issue which I think is important”, said Fuller. The meeting would include a wider view of how the district is addressing bullying.

The next trustee meeting is scheduled in two weeks and MUSD Superintendent CJ Cammack said staff would work hard to facilitate holding that meeting at MJHS.