The County is preparing to respond to the impacts of a possible power shutoff conducted by PG&E. The agency informed County officials that Contra Costa County is under a “Public Safety Shutoff Watch,” and current weather conditions may lead to a de-energization event starting tonight, as early as 12 midnight on Wednesday, October 9th, 2019.

On Tuesday morning the Martinez Police Department said on social media, “PG&E has announced a Public Safety Power Shutoff (PSPS) for Contra Costa County beginning Oct. 9th at 4am to Oct. 10th. While it should have limited impact in Martinez, this is great time to check essential home supplies to make sure you are prepared.”

PG&E estimates that 40,000 customers in Contra Costa County could lose power. The potential shutdown is expected to affect large parts of the County, including Lafayette, Moraga, Orinda, Pinole, Richmond, San Ramon, and Walnut Creek. Residents in those areas should prepare for the possibility of losing power from early morning Wednesday, October 9th, through Thursday, October 10th, at 12:00 noon. PG&E expects to start restoring power on Thursday, October 10th. PG&E notes that Contra Costa County is one of 29 counties in the state that may undergo a Public Safety Power Shutoff. The agency says that complete restoration of power may take one to five days.

Contra Costa County is working to ensure that the public is aware of this possible PG&E power shutoff event. In an abundance of caution, the County is also working to ensure we are ready with our own internal operation and response to this potential event.

“Our staff has been diligently planning to adequately respond to the effects of this event,” said Board Chair, Supervisor John Gioia. “However, we want to remind our residents that the decision to turn off the power and the speed at which it is restored is planned and managed solely by PG&E.”

“Preparation is key. Residents should plan ahead for their family’s needs,” said Susan Shiu, the County’s Director of Communications and Media. “We encourage residents to check pge.com for the latest updates. Visit the County’s website www.contracosta.ca.gov for alert information, which includes a map of the areas likely to be impacted and ways to prepare now.”

Go to Contra Costa County’s Safety & Emergency Info webpage for ways to prepare before, during and after a power outage. Check www.pge.com to register for wildfire alerts and for customer updates.

Winds are expected to pick up and turn toward the coast late Tuesday night, bringing cool, dry gusts that could spread fires and prompt preemptive power shut-offs of up to several days to more than a quarter-million Bay Area customers.

Officials in Oakland and Contra Costa County said Tuesday that the shut-offs could begin as early as midnight Wednesday, four hours earlier than Pacific Gas & Electric Co.’s initial estimate of 4 a.m. The outages could affect a total of 1.8 million people, Oakland officials said.

Alameda County officials issued an advisory Tuesday morning that PG&E is expected to disconnect power to more than 35,000 residences and businesses for up to five days starting early Wednesday.

“We encourage you to find alternative energy sources for light, charging devices and other necessities,” official said. “Plan ahead with food and water, and make sure your grab-and-go emergency kits are ready.”

National Weather Service forecasters have issued red flag warnings for the East Bay and North Bay hills, as well as the Santa Cruz Mountains. Depending on the location, the shut-offs will begin late Tuesday or early Wednesday and continue through at least Thursday afternoon.

Cool, dry winds are expected to increase 20 to 30 mph with gusts between 45 mph and 55 mph in the North Bay and East Bay hills — and even higher on North Bay peaks like Mount Saint Helena.

Preparing for the winds, PG&E issued a power shut-off watch for 257,000 customers in parts of seven Bay Area counties. The shut-offs are intended to prevent the utility’s power lines and equipment from accidentally sparking devastating wildfires as they’ve done in the past two years.

All counties in the region except San Francisco and Marin were advised of the potential outages.

The shut-off watch covers 29 of the state’s 58 counties and targets more than 600,000 customers total. Customers in parts of these counties could lose power early Wednesday, and the watch extends through Thursday. PG&E officials say the outages could last for days after the winds stop because lines need to be inspected before they can be re-energized.

The northeast winds, known as Diablo winds, will be dry but temperatures are not expected to be hot Wednesday. Temperatures will range from the 60s near the coast to the 70s inland, with a few locations hitting 80 degrees. Tuesday’s temperatures are expected to be in the low to mid-70s in San Francisco and Oakland as the fog returns, and the low 80s inland.

The cool, windy weather is the result of a cold front moving down from Canada and heading east through the Great Basin.

“It will be cooler than it’s been, that’s for sure,” said Anna Schneider, a National Weather Service meteorologist in Monterey. 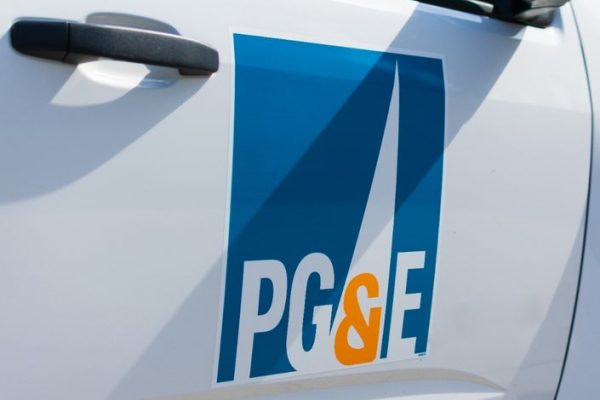