Martinez, the birthplace of the legendary New York Yankee Joe DiMaggio, finally has its own baseball team. 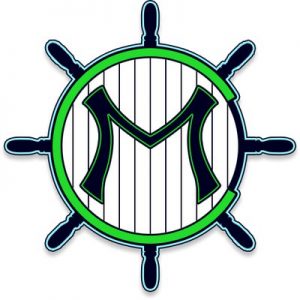 In a special Friday meeting announced to the public Thursday, the Council approved a resolution authorizing the Martinez Clippers to use Field Three of the Joe DiMaggio Ballfields at Waterfront Park.

“I am really glad we are (here at this point), it took a long time,” Mayor Rob Schroder said.

Before the 4-0 vote (Vice mayor Lara DeLaney was not in attendance) Schroder thanked the team’s owners, the Jeff and Paulette Carpoff, Main Street Martinez director Leanne Peterson and numerous city staff for all their hard work in making the team a reality.

The ball team takes its name from the city’s native son, for whom the park’s ballfields also are named.

DiMaggio, nicknamed the Yankee Clipper that is reflected in the team’s name, as well as Joltin’ Joe, also the name of a boat he was given by fans, played center field for the New York Yankees for 13 seasons. He was a three-time Most Valuable Player and an All-Star in each of his seasons.

While DiMaggio was with the club, the Yankees won 10 American League pennants and nine World Series championships. He retired after the 1951 season and was inducted to the Baseball Hall of Fame in 1955. He was born Nov. 25, 1914, in Martinez and died March 8, 1999, at 84 in Hollywood, Fla.

In a report to the Council by City Manager Brad Kilger and Michael Chandler, deputy director of Administrative Services, they wrote that Martinez has been under consideration since at least 2014 as a site for a professional-level baseball team.

At that time, Waterfront Park was being examined for renovation, but was not ready to become home to a baseball team.

The team in the independent Pacific Association of Professional Baseball clubs went to Pittsburg instead. Other teams play in Sonoma, San Rafael and Vallejo.

Then the City Council learned April 19, 2017, Martinez was getting a second chance at getting a team. The Vallejo Admirals’ owner, Kevin Reilly, told the Council that the league was looking to expand by two teams. One would be in Napa. Martinez might get the other.

When Reilly was finished, the Council asked city staff members to meet with ball team proponents to see whether proposed Waterfront Park improvements would accommodate a team.

Field Three’s layout was reviewed, and requirements for a professional team needs were identified, as well as several key construction and operational issues that would need to be addressed, Kilger and Chandler wrote.

That field had been eyed, since the initial design of the Waterfront Park Renovation Project was funded, for modification into a baseball field, according to their report. Those designs included expanded seating, baseball field distances, larger dugouts, bull pens and irrigation for a turf infield, so it could be a “championship level field” that might accommodate requirements of a professional team.

By May 17, 2017, the Council heard that city employees and League representatives believed a club could play at the park, if the construction and operational issues could be resolved. The panel encouraged talks to continue, with hopes that the field would be ready for the team to play at the start of the 2018 season.

With Council authorization, Mayor Rob Schroder appointed himself and Councilmember Noralea Gipner to a baseball subcommittee May 31, 2017, to join in future meetings. About two months later, the Council contracted with Suarez and Munoz at $7,354,331 for the park overhaul, and added $1,156,457 to the contract for additional services.

Meanwhile, Kilger formed a multi-departmental project team made up of employees from the city administration, engineering, public works and recreation areas, who met with the League representatives and the baseball subcommittee to address such matters as capital and physical improvements, ongoing maintenance requirements, how professional baseball would affect other public and community park users, concessions and state licensing considerations and the composition of a letter of intent to move forward with securing a Martinez team from the league.

That nonbinding letter was approved Oct. 4, 2017, between the Council and prospective owners Jeff and Paulette Carpoff, so they could negotiate the license agreement for the team. Part of that letter expressed the city’s intent to commit up to $400,000 for one-time improvements and designs to accommodate a professional team at Field 3.

Part of that expenditure was approved Oct. 18, 2017, when the Council appropriated $24,000 in General Fund reserves for the field’s redesign. It authorized the balance for other capital improvements Jan. 24 in hopes of having things in place for a June 1 Opening Day, even though the team and the Council hadn’t reached an accord on the licensing agreement, the report said.

By then, the additional expenditures brought the entire Waterfront Park renovations costs to $9,339,831.

The city has adjusted some of its expenditures, the report said. Because other fields won’t be used for Instead a clubhouse – a modular office trailer – will be installed instead, and Martinez has started an order for Wi-Fi equipment for live Internet radio broadcasting of league games.

After five months of negotiations, Kilger and Chandler wrote, the city and the ball club reached terms on the licensing agreement, subject to Council approval.

The term is to be five baseball seasons, through Sept. 30, 2022, with an agreement to discuss extensions within 120 days after the third contract year.

The Clippers would have the right to schedule team games and practices between May 1 and Sept. 30 of each contract year, and other users can’t have access to the field within 48 hours of team games, to preserve the field’s condition.

Field lights would be used for night games, but only until 10:30 p.m. at the latest. Should a game run into extra innings, the team would need to arrange those to be played on other dates to accommodate the field lighting limit.

The Clippers would be responsible staffing during games, events and other uses, from security to concessions, guest services and those associated with game play. In addition, they would be responsible for supervising those entering and leaving parking lots and any traffic control needed for adjoining streets.

Signage would need city manager approval, and would be in place from May 1 to Sept. 30 during each year of the agreement. But the city would provide regular and routine maintenance of the field, including a field preparation an hour before the first scheduled pitch on game days. The Clippers would handle other field preparation, including limited maintenance after games or other field use.

While the city would provide and maintain fixed equipment and furnishings except for the clubhouse, the Clippers would buy team-related equipment, including the batting turtle, mats and a portable ticket booth.

The ball club is responsible for operations, costs and regulatory compliance for food and merchandising concessions during the team’s reservation of Field 3. They would be allowed exclusive use of the existing common concession stand next to Field 3 during the 2018 season, but future use would be subject to competitive bids so it can serve the park’s other three fields.

Concessions and merchandise sales may start an hour before the first pitch on game days and at scheduled private events.

The ball club would compensate Martinez for both annual maintenance and use of the field, and those fees would be subject to annual review, the report said.

Annual maintenance fees are $20,000 for the first contract year and $15,000 for subsequent contract years. Facility use fees are $250 for each game day reservation and an hourly rate set in the city’s Master Fee Schedule for other uses.

Martinez is anticipating revenues from $30,000 to $35,000 for the first contract year, and subsequent years should bring similar revenues, the report said.

The Clippers would keep revenues from ticket, concessions and merchandising sales, as well as most of the sponsorship and advertising sales, the pair wrote. However, Martinez also has the right to seek certain sponsorships or donations to recoup its costs.

The city keeps its rights to name Waterfront Park, Jo DiMaggio Ballfields and the other three ball fields, while naming rights for Field 3 “is subject to meet and confer between the parties,” Kilger and Chandler wrote.

The ball club will pick up the tab for its liability insurance coverage. The pact can end on the city’s behalf only for specific causes, although the Clippers may terminate the agreement without cause if it’s done by March 1 of any season of the term, but the club’s owners can’t move the team during the term of the agreement.