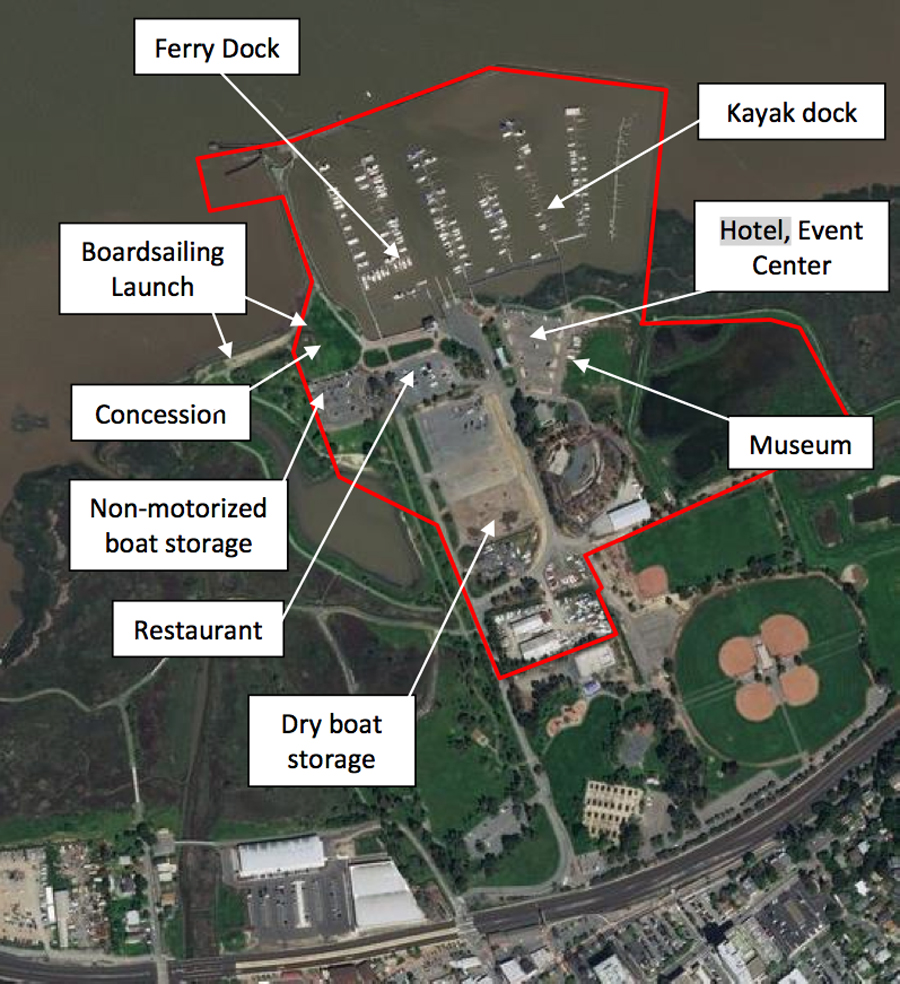 MARTINEZ, Calif. – Today, a 9:00 a.m. meeting of the city council’s Marina Sub-committee is open to the public, but there will be no votes or major decisions made.

Mayor Rob Schroder and Councilman Mark Ross are the committee members who will review the public draft of the Marina Trust Lands Use Plan (TLUP) before it is submitted to the Planning Commission.

“The highest priority should be assigned to conservation, park and recreation uses at the waterfront,” according to the Plan, but the plan will also have to show a way to create enough income/revenue to cover the costs of maintaining it.

With an approved plan, a city representative can offer opportunities to private developers with some assurance of what improvements will be permitted and approved by the city and the state, which has a right to final approval of leases negotiated by the city.

There will be public meetings required for decisions such as general plan amendments, design reviews, development agreements, use permits, and zoning changes as development occurs in the future.

There is a list of recommended policies attached to the TLUP, and potential flood water and earthquake maps, which will make approvals for construction of anything located in the Marina area more complicated.

On an Earthquake Shaking Potential map, the entire Trust Lands have a “violent” ground shaking intensity, and “high” liquefaction potential if an earthquake occurs along the Concord-Green Valley Fault.

It is on the water so the San Francisco Bay Conservation & Development Commission (BCDC) has control of the Carquinez Strait, marshlands lying between mean high tide and five feet above mean sea level, and land that is within 100 feet of the shoreline’s mean high tide watermark.

According to the Federal Emergency Management Agency (FEMA), the Trust Lands lie within the 100-year flood plain, and the state is predicting that will rise within the next 50 years.

Whatever is planned for the area will have to include ways to help mitigate those issues, and the City has budgeted $500,000 for that planning process.

Last on the TLUP recommended policies list is: Policy 9 – Existing industrial and non-water-related commercial activities should be concentrated, attractively maintained and screened from view. Ultimately, incompatible waterfront uses should be relocated to other suitable locations. That has also been addressed in the Waterfront Planning.

According to the Trust agreement, waterways are to be preserved for use and enjoyment by the public. The protection of maritime or water-dependent commerce, navigation, and fisheries, the preservation of lands in their natural state for the purposes of scientific study, open space, wildlife habitat, and water-oriented recreation is also required.

The TLUP conforms to state rules for the trust, the city’s Master Plan, and is the City of Martinez’s long-term vision for the Trust Lands focuses on improving access to the area, preservation of existing habitats and resources, and integration of the Trust Lands into the fabric of the City in order to maximize public benefit, according to the authors of it.

All of these details are on Attachment 5 of the TLUP, on the City of Martinez website.