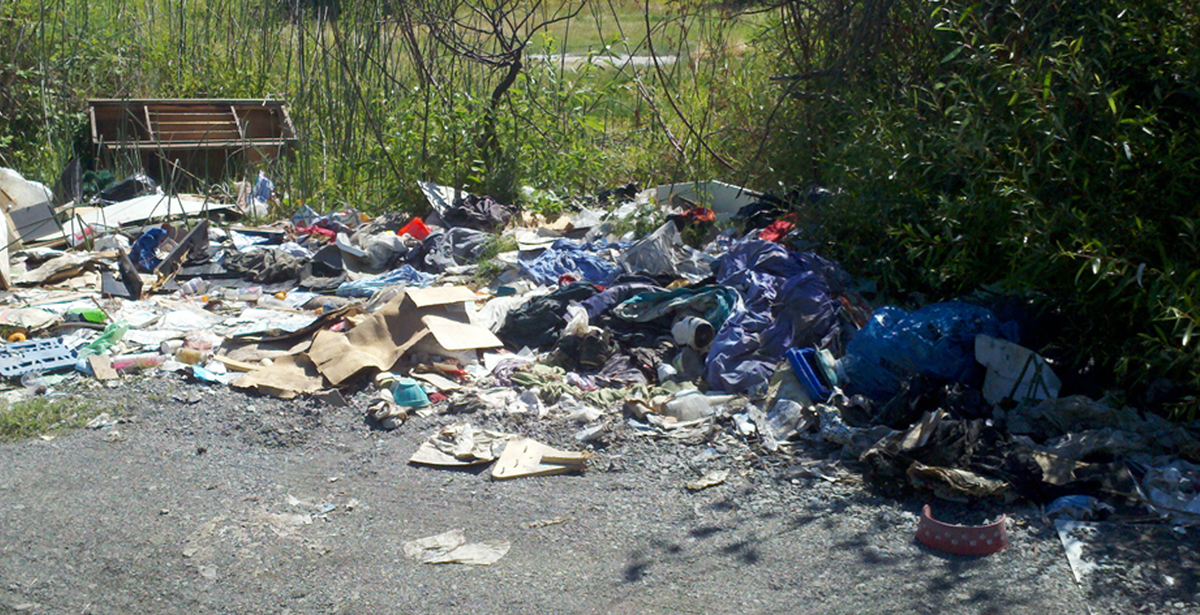 MARTINEZ, Calif. – The County Board of Supervisors ad hoc subcommittee met to review progress on a list of 50 strategies designed to curtail illegal dumping. The Sept. 16, meeting in Martinez centered on a list created by an Illegal Dumping Think Tank, that the Supervisors approved in June.

Illegal dumping and debris left behind by the homeless have been a problem for city workers and local police as well. Diminishing that is one of the ancillary benefits that Vice Mayor Noralea Gipner hopes to see as a result of her efforts to help the homeless in Martinez. It is a local pilot program, that provides services and referrals in cooperation with police, churches, and local charities. Martinez is surrounded by unincorporated areas that reflect on the town, so progress on this issue could benefit the city indirectly.

Based on the California Budget Act of 2019 (AB 74), the state-approved $375,000 each, to Alameda and Contra Costa for an Illegal Dumping Pilot Project to enforce dumping laws. The dumping of mattresses, tires, and everything imaginable is related to poverty and homelessness, so multiple county agencies are involved.

Supervisors authorized the use of county funds to start six strategies until the full amount of funding is available. That was enough to authorize hiring four dedicated per-diem officers to enforce no dumping laws with the help of 10 street lights, surveillance cameras, 50 street signs, collaboration with two truck companies, and a public outreach campaign to get “people to do the right thing and report those who do not.”

County agencies have made progress, towing about 50 vehicles and 22 recreation vehicles since the pilot program began, but it is reportedly difficult to negotiate with towing companies when not all of the funding was available. The full board was to act on that issue at the Sept. 17 meeting.

The subcommittee consists of Supervisors Federal Glover (District 5) and Diane Burgis (District 3) and they have both appeared to be very knowledgeable about the issues involved. It was Glover that suggested collaboration with the California Highway Patrol by combining information from the county surveillance cameras with the cameras located on freeways to observe where loaded trucks go and unloaded truck return, in order to locate and prosecute illegal dumpers.

“We try to get them towed at a good price, but the cost for the towing company is about $3,000,” a county employee assigned to the task reported. He said that it is easier to have cars towed because they can be sold to dismantlers for parts, and when questioned, he said sometimes the RVs are occupied, so that involves other county agencies.

Burgis was recently in France, and she said, “They have covers on everything. It looks neat and clean.” There are rules about covering, or making RVs not visible from the street but enforcement is a factor of the budget, according to the ensuing discussions at the meeting.

In Contra Costa, abandoned or unlicensed RVs are not only unsightly, but based on remarks to the subcommittee, there has been raw sewage dumped into waterways, problems with rodents because of the debris that usually surrounds them, danger from drug paraphernalia, and other law enforcement issues at these sites, according to the numerous stakeholders and agency representatives in attendance.