The assets were seized in the fraud prosecution of the owners of DC Solar, a Benicia-based company, who pleaded guilty in January to charges related to a billion dollar Ponzi scheme. Monday’s order follows an earlier order, on March 24, ordering the final forfeiture of 83 seized assets worth more than $50 million. In total, $120 million in assets have been forfeited so far by the defendants in this investigation and prosecution, which has resulted in the largest criminal forfeiture in the history of the Eastern District of California. 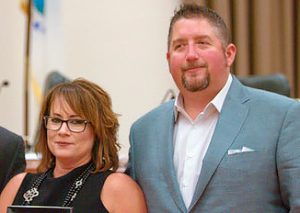 Jeff Carpoff, 49, of Martinez, pleaded guilty on Jan. 24 to conspiracy to commit wire fraud and money laundering. His wife, Paulette Carpoff, 46, pleaded guilty the same day to conspiracy to commit an offense against the United States and money laundering. According to court documents, between 2011 and 2018, DC Solar manufactured mobile solar generator units (MSG), solar generators that were mounted on trailers and promoted as providing emergency power to cellphone towers and lighting at sporting events. A significant incentive for investors were generous federal tax credits due to the solar nature of the mobile units.

The conspirators pulled off their scheme by selling solar generators that did not exist to investors, making it appear that solar generators existed in locations that they did not, creating false financial statements, and obtaining false lease contracts, among other efforts to conceal the fraud. In reality, at least half of the approximately 17,000 solar generators claimed to have been manufactured by DC Solar did not exist.

U.S. Attorney Scott stated: “This billion dollar Ponzi scheme hurt investors and took money from the United States Treasury. This case represents not only the largest criminal fraud scheme in the history of the District, it also represents the District’s largest criminal forfeiture. All of the more than $120 million in forfeited assets will be returned to the victims. These final forfeiture orders make clear that criminals engaged in fraud risk their freedom and won’t be able to profit from their crimes because federal investigators and prosecutors will make every effort to locate and seize their ill-gotten fortunes to help make victims whole.”

The forfeitures in this investigation included the seizure and auction of 148 of the Carpoffs’ luxury and collector vehicles that resulted in recouping over $8.2 million for victims. Jeff and Paulette Carpoff used money from the scheme to pay for a semi-pro baseball team and a NASCAR race car sponsorship; to purchase luxury real estate in California, Nevada, the Caribbean, Mexico, and elsewhere; a subscription private jet service; a suite at a professional football stadium; and jewelry.

This case is the product of an investigation by the Federal Bureau of Investigation, IRS‑Criminal Investigation, and the Federal Deposit Insurance Corporation Office of Inspector General. Assistant U.S. Attorneys André M. Espinosa and Kevin C. Khasigian are prosecuting the case.