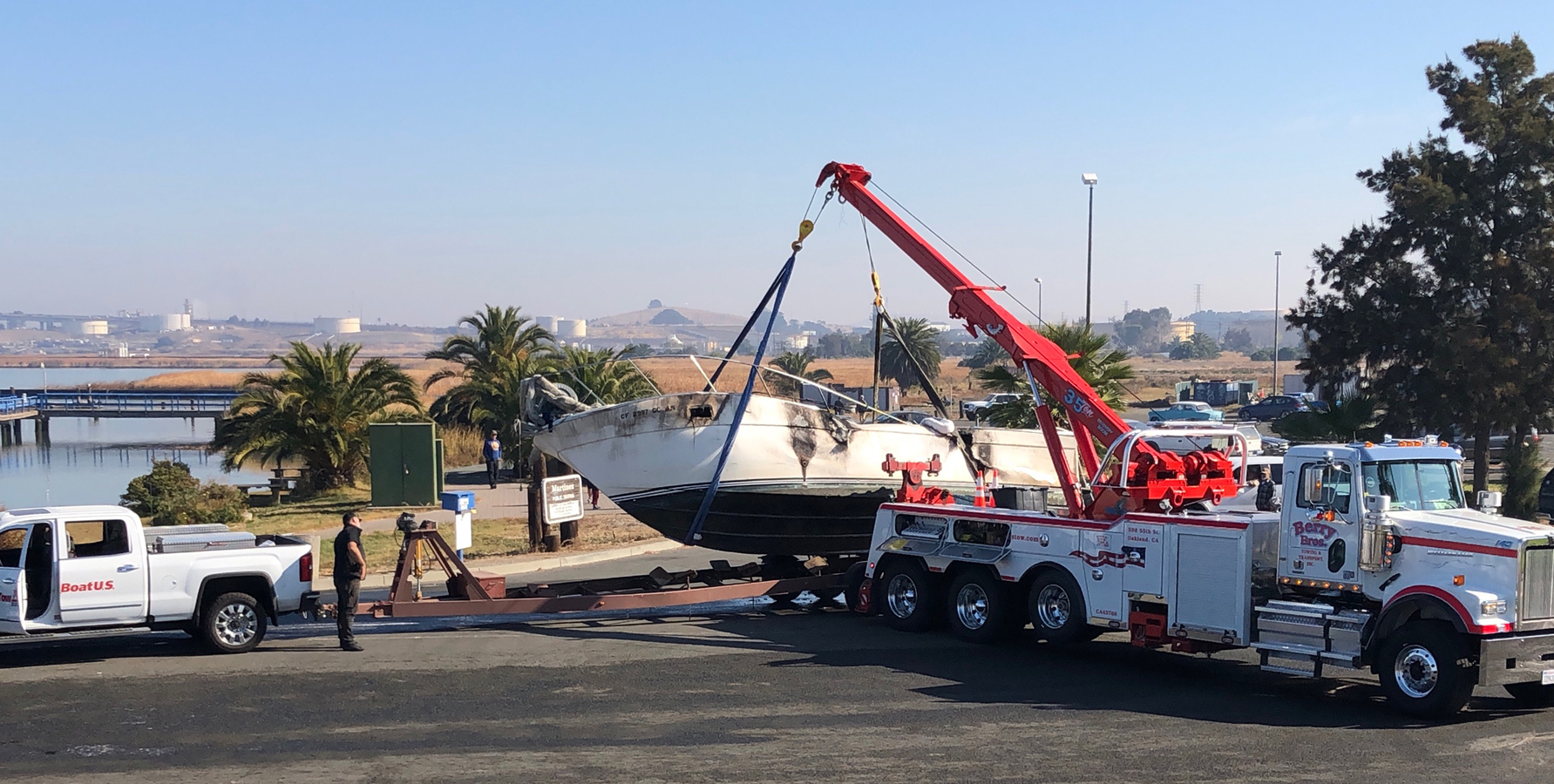 MARTINEZ, Calif. – Flames exploded from a commercial fishing boat at the Martinez Yacht Harbor boat launch at about 10:15 p.m., Nov. 15. A man, a woman and a dog were reportedly aboard the Take Five, when an explosion was heard and a rapidly moving fire consumed the flybridge of the 34-foot Silverton vessel.

Witnesses said the dog died and ConFire confirmed reports that the woman, with second degree burns, was airlifted to the hospital in Davis. The Captain Robert Gallia Jr., owner of El Dorado Deep Sea Adventures, usually keeps the boat at C-dock, but had moved it to the launch area to make it more efficient to load containers of gasoline.

By the time he was finished, there was a low tide, which witnesses suggest may have been the reason he did not take the boat back to C-dock. Several hours later, the fire apparently was ignited by some event in the bilge.

Boats are not supposed to block access to the launch, but Harbor Manager Olivia Ortega said it was probably a good thing that Gallia’s boat was there, because the fire did not affect any of the other boats, and it was likely easier for firefighters to access the craft.

She was notified of the fire at 11:28 p.m. Friday when fire crews began wrapping up the operation that included a fire truck, an engine, a helicopter, and two ambulances.

According to ConFire, firefighters notified the California State Fish and Wildlife department and the Coast Guard, which contacted a commercial salvage company to come and remove the boat.

On Saturday, Ortega said employees from the city’s corporation yard came to help with booms installed to contain any harmful substances that may have leaked from it. Ortega said she also activated the Almar Incident Plan, including reports to all of the other agencies involved such as Governors Office of Emergency Services and National Response Center.

When the Take Five was lifted out of the water and towed away Sunday morning, only the metal railing of the flybridge was left on the burned hull of the deepwater fiberglass boat.