Belay yer deck-swabbing, ye scurvy dogs! Today be International Talk Like a Pirate Day. If ye dare be ignoring such a grand celebration of maritime linguistics, well, that won’t do twice, by thunder!

Come lean on the capstan or take a seat on the deck hatch, and have a listen to how exclamations during a racquetball mismatch got the holiday started, how an English adventurer earned his dire reputation as a dread predator of the Spanish, and why his name shows up in California, an area not well-known in the history of pirates.

Then learn how to get a bit of golden plunder by talking – but not swearing – like a pirate or putting on your best piratical garb.

International Talk Like a Pirate Day is celebrated worldwide Sept. 19 by pirate enthusiasts, but its roots go to June 6, 1995, when founders John Baur and Mark Summers lived in Oregon and were playing an unfortunate game of racquetball.

A yelp during the play resembled the West Country Dorset actor Robert Newton’s exaggerated accent when he played such roles as “Treasure Island” scalawag Long John Silver and the legendary real-life Blackbeard – Edward Teach – in a movie that strayed widely from his true, colorful life.

That yelp led to “friendly encouragements,” using movie-pirate slang and sailing orders, all in Newton’s accent. It made the badly-played game more fun.

At the game’s conclusion, the men decided that the world needed a silly holiday – International Talk Like a Pirate Day. Since the game had been played on the anniversary of World War II’s D-Day, Summers suggested Sept. 19, his former wife’s birthday, as an alternative date.

They took on pirate names – Baur is “Old Chumbucket” and Summers is “Cap’n Slappy.” They asked famed Miami Herald columnist Dave Barry to write about the holiday, which he did Sept. 8, 2002. Barry encouraged everyone, including those in business, to take up pirate talk each Sept. 19.

“As you can see, talking like a pirate will infuse your everyday conversations with romance and danger,” Barry wrote.

Chumbucket and Slappy even started a webpage, http://talklikeapirate.com/wordpress/sample-page/, with tips for celebrating, a list of holiday events and translations of words from ordinary English to bold pirate talk.

Those who have pirate garb on hand may be more numerous than some might expect. After all, every Father’s Day weekend, Vallejo Waterfront Park becomes home to the two-day Northern California Pirate Festival. And the entertainer who has a string of awards as best family entertainment is Captain Jack Spareribs, a performer whose shows come complete with a pirate ship stage.

California’s pirate history is not as rich as that form America’s Eastern Seaboard or the New World’s Caribbean Isles.

But neither is the Golden State completely devoid of nautical ne’er-do-wells and picaresque characters. Its early contact with pirates involves Sir Francis Drake. Whether he is called a pirate or hero depends on whether one is Spanish or English.

His connection to California means “Talk Like a Pirate Day” chatter could sound more like iambic pentameter dialog in a Shakespeare play rather than the gruff rolling “Arrrr” of Robert Newton.

Drake earned his reputation early as a privateer, which meant to Queen Elizabeth I of England, he had her permission to raid Spanish ships and their possessions. Some have called Drake the queen’s favorite privateer.

But to the Spanish, to whom his name meant “dragon,” Drake was a dread pirate.

Sent by his queen in 1577 to South America “to annoy the King of Spain”, Drake was the first Englishman to sail around the world. Queen Elizabeth awarded him knighthood for that accomplishment. He was second in command of the English fleet in 1588 when it defeated the mighty Spanish Armada.

Drake’s life began approximately 1540 in Devonshire, England, where he was born to a tenant farming family. Drake was reared by relatives who themselves were privateers. He went to sea when he was about 18. Before long, he was in charge of his own ship.

He and his cousin, John Hawkins, transported slaves to New Spain against Spanish law. Trapped in the port San Juan de Ulua, the English sailors found themselves under attack, and most died. By the time Drake and Hawkins fled to England, Drake had developed a great hatred for Spain.

After Drake’s two successful West Indies excursions, Queen Elizabeth granted him a “letter of marque,” royal permission to raid Spanish holdings in the Caribbean. He captured one port known as a transfer point for gold and silver, sacked others and took a Manila galleon and its treasure.

Drake returned to England with wealth equal to twice the English annual tax income. This relieved the queen from the financial debt she had inherited from her father, Henry VIII.

His longest excursion, in 1577 trip to South America, was troubled by conflicts. Drake tried and beheaded one man with whom he had to share command after accusing the man with plotting mutiny. Two of the five ships on the voyage were lost in a storm. A third ship returned to England and a fourth disappeared.

Of the five, only Drake, commanding the flagship Pelican, reached the Pacific by way of the dangerous Cape Horn.

He turned his attention to Spanish ports on the South American west coast, then sailed north, looking for a passage to the Atlantic Ocean before extreme cold turned him back.

That leg of the voyage brought him to what now is California.

He stopped near San Francisco, possibly a shallow cove in what is called Drake’s Bay. He named the area “Nova Albion” in Queen Elizabeth’s honor and claimed the land for his monarch.

The three-week stay gave the Englishmen a chance to repair the ship Drake would rename “The Golden Hind,” or gold deer, to honor a sponsor, Sir Christopher Hatton whose armorial device included the animal’s image.

From there, he visited the Philippines, obtaining spices from Molucca Islands before returning via the Cape of Good Hope to Plymouth Harbor in England, where he landed in September 1580.

His fame spread – heroic popularity in England and hated notoriety in Spain.

In 1585, as tensions grew between England and Spain, Queen Elizabeth told Drake to take 25 ships and raid Spanish ports on the coast of Florida, including the nation’s oldest city, St. Augustine. He also took Santiago on the Cape Verde Islands, Columbia’s Cartagena and what is now the capital of the Dominican Republic, known then as San Domingo.

On his return voyage to England, he rescued the remaining colonists from the Roanoke Islands off the coast of North Carolina.

Awarded a bigger fleet of 30 ships, he sailed to Cadez, Spain, where he destroyed some of the ships that were being prepared for the Spanish Armada.

He was second-in-command to Admiral Charles Howard when England defeated the Spanish Armada, which the Spanish King Philip II had formed with Pope Sixtus V’s blessing.

At the time, Spain’s Navy was said to be invincible. Its thorough defeat shifted the balance of naval power toward England, boosting the country’s pride and Elizabeth’s reputation.

But Drake’s career began to decline. His 1589 expedition to Portugal ended in failure. Sent to the West Indies in 1596 against Spanish possessions, Drake and his fighters were foiled, and he died in 1596 after contracting dysentery and developing a fever.

His body was dressed in full armor, encased in a metal-lined casket, then was thrown overboard off the coast of Bello, now Portobelo, Panama.

Drake’s name lives on here even if his visit to California was brief.

Drake’s exact stopping point in California became a decades-long controversy, with some saying he never landed here at all, but stopped somewhere in Alaska. U.S. Interior Secretary Ken Salazar ended centuries of mystery in 2012 when he designated Point Reyes, about 30 miles north of the Golden Gate, as the site.

The sandstone Prayerbook Cross set up unobtrusively despite its size, marks the site in the park where Francis Fletcher, Drake’s chaplain, may have led the first Protestant service in North America. 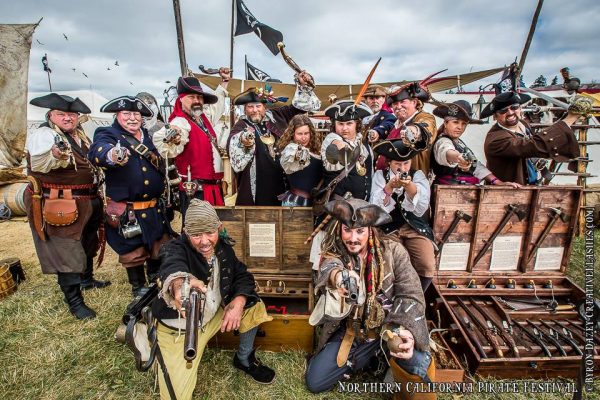