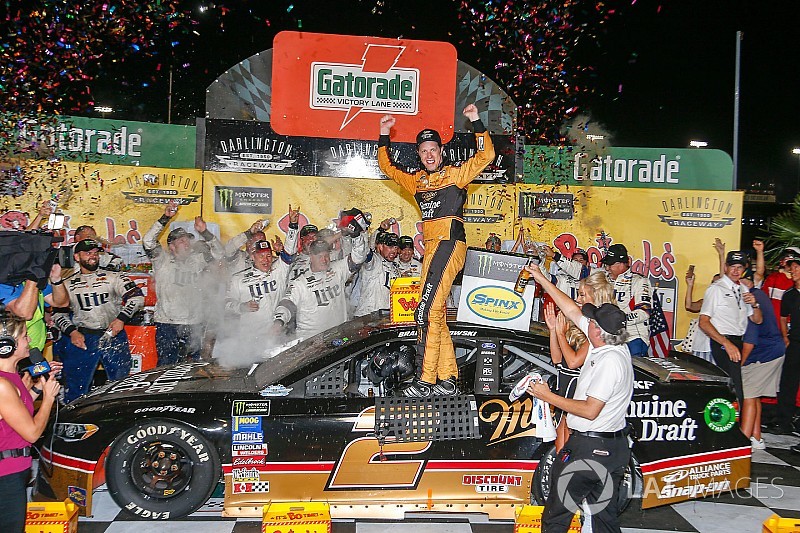 In NASCAR, sometimes the race is won on the track and sometimes it’s won on pit road.

Brad Keselowski got his victory Sunday in the Bojangles’ Southern 500 at Darlington Raceway, but the real race wasn’t to the finish line – it was getting off pit road.

That put him in prime position for the final restart of the race.

“I felt like whoever came off pit road first at the end was going to win the race,” said Keselowski, who has earned himself a spot in the Monster Energy NASCAR Cup Series 10-race playoffs toward the championship.

“My team nailed the last pit stop,” he said. “We stayed in position the whole race with great strategy to keep us from falling back. We didn’t have the long-run speed we wanted, but the short runs were great.”

“We were there when it counted,” he said.

If Keselowski was the final victor, it was Elk Grove native Kyle Larson who dominated the South Carolina race.

Larson won the first two stages of the race and led 284 of the race’s 367 laps. But on Lap 344, Jeffrey Earnhardt went for a spin, causing the race’s sixth and final caution. That’s when things changed for Larson.

He, Keselowski and Joey Logano were racing three-wide off pit road, but Keselowski managed to inch his No. 2 Ford ahead of the others to gain position for the restart on Lap 348. Keselowski then took command to the finish.

Unlike Keselowski’s Ford, Larson’s No. 42 Chevrolet reigned on the long run.

“I knew the only weakness we would have throughout the race was a short run, and that’s what it kind of came down to,” Larson said after the race. “It stings for sure. I want to win every race, but I want to win the Southern 500 really bad.”

But before the checkered flag waved, Logano would pass Larson to take second, and the Elk Grove driver would have to settle for third.

Even that was a battle. Another Californian, Bakersfield’s Kevin Harvick, was dueling Larson for a better finish, but ended the day fourth.

“I felt like if I had been in clean air, I would have been all right,” Larson said. “I was just loose that last run and allowed Joey to get by.”

Larson took solace that his team brought a strong car to the race, calling it “something to be proud of a and a big confidence booster.”

Of other Californians in the race, Los Gatos’s A.J. Allmendinger was 22nd, Grass Valley’s Matt DiBenedetto was 38th and El Cajon native Jimmie Johnson was 39th.

Despite Harvick’s better finish in the race, Kyle Busch remains 39 season points ahead of his rival.

Drivers hit the bricks next week. They’ll be competing in the Indianapolis Motor Speedway for the Big Machine Vodka 400 at the Brickyard. Broadcast of the race will start at 11 a.m. Sunday on NBC Sports Network. 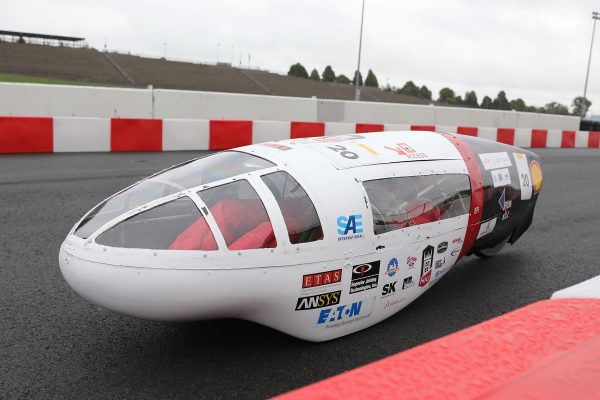