MARTINEZ, Calif. – A walking tour Sunday will give participants a glimpse into Martinez’s history as home to families of Italian fishermen.

This is the first such tour organized by the Western Regional Chapter of the Italian American Studies Association, said Mary Patricia Goodman, a member of the Martinez Historical Society and participant in Sunday’s event.

Besides historic sites, those taking the tour also will meet descendants of the Italians who made this area their home, and those members of longtime Martinez families will tell stories handed down through generations.

“It’s been in the works for some time,” Goodman said. Maria Protti, vice president of the Western Regional Chapter, reached out to Vince Ferrante Jr. who will be the primary guide and spokesperson during the tour.

“He’s a local historian,” and will bring “a lot of heritage” to the event, Goodman said. Ferrante’s father was a Sicilian fisherman.

“His father grew up on the shoreline, and he lived at Buckley and Talbot streets until he was 16 years old.”

Nat Russo is another descendant of a commercial fisherman, as is Danny Pellegrini, whose family lived on Granger’s Wharf at the end of Berrellesa Street, as is Frances Hammond.

Also participating are Joseph Balestrieri, Vince Aiello and Angelo Costanza, who will be stationed at different stops on the tour.

Costanza’s home is a former saloon, bakery and boat shop that was built about 1900 and was moved from Grangers Wharf to 410 Alhambra Ave. The family operated a grocery store.

Tour-goers can’t see the home of one of Martinez’s most famous Italian-Americans, the legendary baseball player Joe DiMaggio. The home where he was born Nov. 25, 1914, burned down in 1948.

But family members remain in Martinez, and like the renowned ball player, are descended from those whose trade involved commercial fishing on the Carquinez Strait and up the Sacramento and west to the San Francisco area bays.

The restored Joltin’ Joe boat, formerly owned by DiMaggio, will be on display on Grangers Wharf and will be viewed at the conclusion of the tour.

Those taking the tour will hear about those days, as well as World War II, which impacted the local Italian families after President Franklin D. Roosevelt issued presidential proclamations affecting Americans of German, Italian and Japanese ancestry, since they descended from immigrants who left lands that were at war with the United States.

The government worried these people might sympathize with those countries. Some were interned in camps or military sites, others found their movement or activities restricted.

“The government took their radios away,” Goodman said.

There were a few Martinez residents who had never become citizens, and had to leave, Goodman said. Some managed to return after the war, she said.

The commercial fishing industry ended in 1957, when the river and bays were closed to commercial fishing, Goodman said. That ended a way of life in Martinez, and was such an economical hit to the city that some say the community only now is recovering.

“Those fishermen had no other trade,” Goodman said. “It was the beginning of the end for Martinez. Martinez took a nosedive.” But the Italian-Americans didn’t give up. They found other work, such as custodial and janitorial jobs, then worked their way up into the community that has been their longtime home.

The walking tour through Martinez’s past is free and open to the public. However, a stop at Viano Winery also has been planned at the conclusion of the walk. For that portion of the event, reservations are required, and can be made by emailing Maria Protti at dendron@earthlink.net.

Those wanting to take the tour will meet at the corner of Buckley and Talbart streets at Rankin Aquatic Center Park at 12:30 p.m. Sunday.

IASA: There’s often more to the story than we know 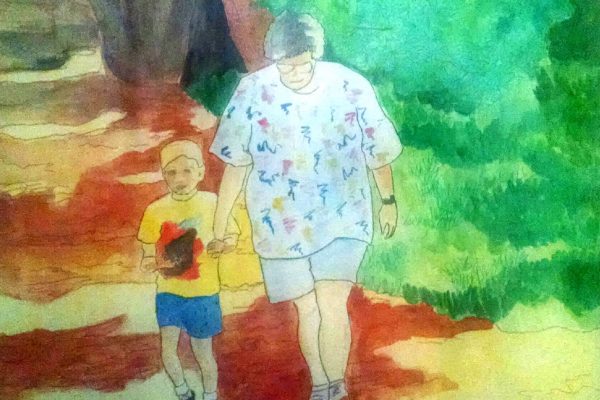 At Home With Vivian: Time for a walk