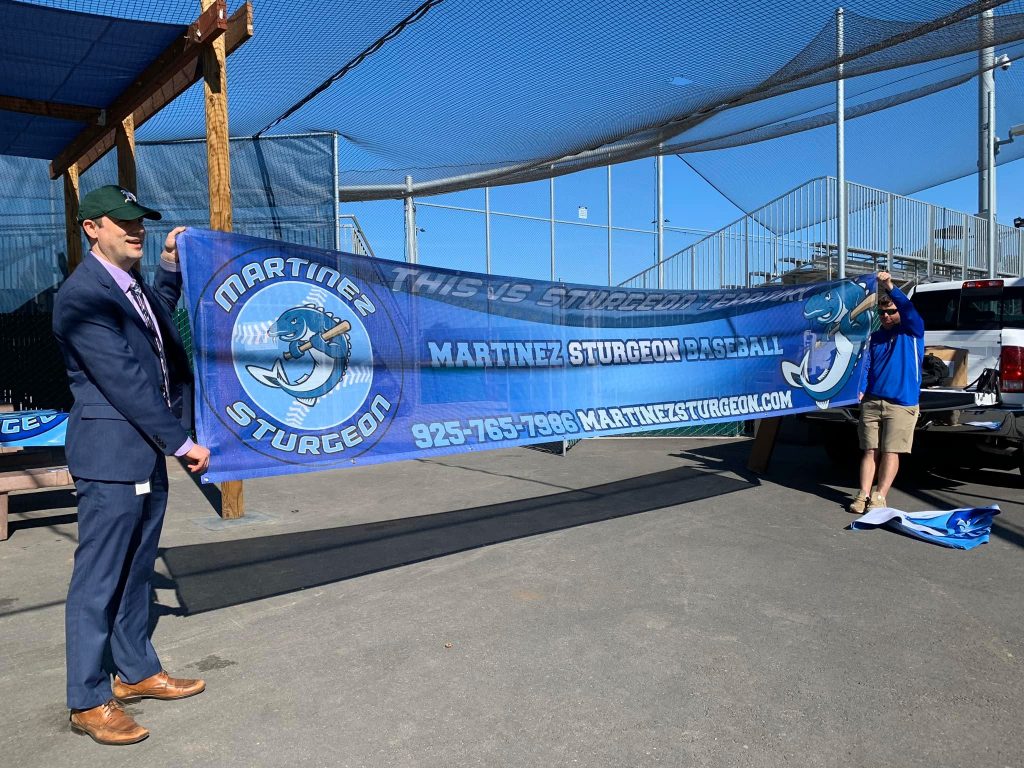 The Sturgeon colors will be Royal Blue, Sky Blue and White. The teams website is http://www.MartinezSturgeon.com

The name was decided by the Martinez City Council baseball sub-committee which has been vital in bringing baseball back to Martinez for the 2020 season,” Dunn said. “Originally the team was going to be named the Martinez Mackerel, but the name was objected due to references in the Urban Dictionary.”

The ballpark sits on the edge of the Carquinez Strait which is a body of water were Sturgeon fishing is common.