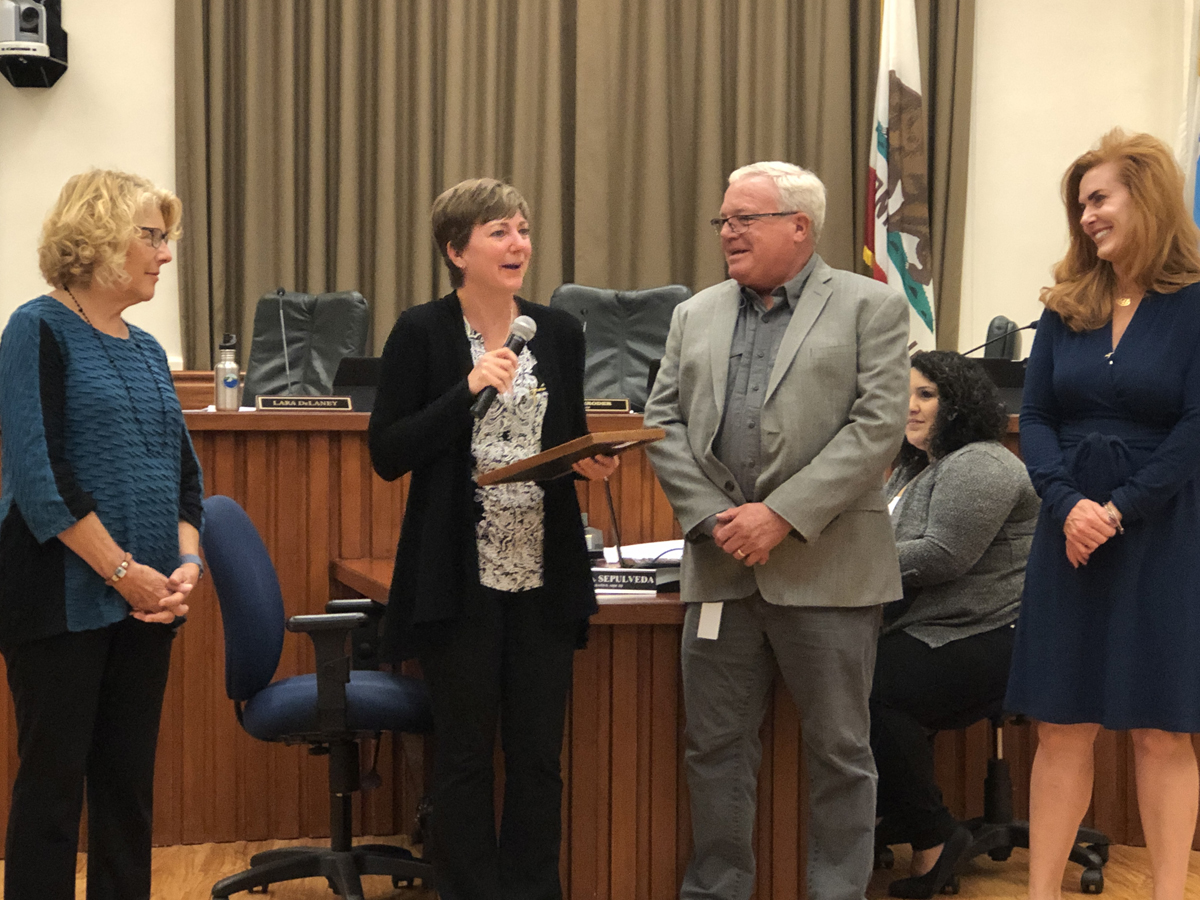 MARTINEZ, Calif. – Angela Rundles worked tirelessly to support and grow the Boys & Girls Club of the Diablo Valley membership by 40 percent during her tenure on its Board of Directors. For that and many more contributions to the betterment of the community, Mayor Rob Schroder proclaimed Nov. 7, 2019, Angela Rundles Day.

Before the proclamation, the Mayor said, “This is the uplifting part of the meeting.” He was right because everyone there appeared to be enjoying the recognition ceremony, especially Angela.

She was truly surprised. The proclamation was kept a secret with the pretense of inviting her to the Nov. 6 City Council meeting to talk about the Boys & Girls Club lease. “I am honored. I am shocked,” Angela said with a big smile. “It is an honor and privilege supporting the youth. That’s what makes Martinez so special.”

Angela has served the community and the youth of Martinez as a board member of the Boys & Girls Club since 2008 and was Chairman of the board from 2014 to 2017.

She is the founder of Rundles & Associates, a small business located in the city of Martinez that is an event management company focusing on creative collaboration with non-profits.

Their board and committees produce highly successful fundraising events, and by hiring local vendors and agencies, Angela simultaneously helps support them, and the local economy.