MARTINEZ, Calif. – The Martinez Clippers struggled their inaugural opening night May 31 against the Sonoma Stompers, falling 13-2.

By July 10, the team had a new field manager, Dan Parker, who traded his usual summer off from his head coach job for the Napa Valley College Storm. In his debut, the Clippers threatened the defending champions Vallejo Admirals, but the game ended 8-7 for the visitors.

The next night was a different story.

Jason Harper pitched the entire game for Martinez, and the team played as tight that night as any in the majors.

The Clippers not only prevented the Admirals from getting the home runs for which the Vallejo team is known, the visitors were blanked. The home team walked off the field with an 8-0 win.

Because of the slow start in their first season the Clippers still are in last place in the Pacific Association of Professional Baseball, the Northern California independent league. Before Tuesday’s game, their record was 11-35 for the season and 20 games out of first, but in the last 10 games, the team has won four.

But more and more games are ending with Martinez ahead of the opponent. The team has managed to defeat the other five teams in the league, and in a two-game stand, handed the league-leading San Rafael Pacifics back-to-back losses.

That was the first two wins in a row and the first series sweep for the new team.

The Clippers was the last team to be formed this year. By the league’s spring training, the other teams were set while in Martinez, paperwork was still being signed and the “Joe DiMaggio Field was still being built.

“Martinez was the last to be awarded a franchise,” Zeller said. So the club had no chance to get its first-choice players. It made more than a dozen transactions within three weeks, although it has added what Zeller called “capable young players.”

At first, they were playing to get the experience. Then their close game losses became “moral victories,” Zeller said. But that soon wasn’t enough. The team wanted wins.

Parker’s arrival came just before the middle of the season. “When you come into a situation, it’s easy to have a positive outlook,” he said.

The team began building on those moral victories. Then there were player changes, with Parker adding some “fresh faces.” Excitement was building in the clubhouse.

“It’s giving these guys the opportunity to play hard and work hard and put good games together,” Parker said.

Parker also is a realist, and acknowledges his own background is suited to managing a club in an independent league. He knows some of his players will be moving on as they show other leagues what they can do.

That’s just happened with Chris Powell, the Clippers’ starter who pitched six innings July 19 in the series opener against the Pacifics that the Clippers won 9-7. He’s joined the Schaumburg Boomers, which has been 2.5 games out of first place in the independent Frontier league.

Formerly in the Dodger organization, Powell has credited the Clippers’ pitching staff with helping him return to his earlier form, when he could command the strike zone.

“My hope is the players move on to better leagues,” Parker said, although he also wants his players to do well here in Martinez as well, and that may have helped bring about the improvements that are starting to show in the better game stats.

“I think we’ve done a really good job of talking to players,” whether it’s teaching or coaching or simply having a conversation, Parker said. “They’re all individuals.”

“We’re coming together off the field,” pitcher Logan Campbell said. He’s the winning pitcher in the second game of the series against the Pacifics. “It’s great to know each other.”

The players get together for games of hacky-sack, which Campbell said is another way the players have begun to bond as a team.

“I think it’s part of the professional experience,” Powell said, explaining that the team is playing better through adversities. And there’s one more thing. “I think it helps we all live in one place,” Martinez.

Matti Doxter agreed that being in Martinez has helped the Clippers perform better as a team. The pitcher said he is aware that Martinez residents are beginning to notice the players when they’re about town. Several were shopping at Walmart, he said. “They picked us out of the crowd.”

Besides talent, Parker is looking for more in his players – quality of character, especially since they are developing closer ties to Martinez than bigger-league teams often have with their host cities. Many players live with Martinez residents while they play for the team.

“Reading the individual early is important,” Parker said. He said he looks for those who will represent the team, its owners and its community “the right way,” a way that will carry the ball club well into Martinez’s future.

Some of that comes from owners Paulette and Jeff Carpoff, Zeller said. “The Carpoffs are great owners. They provide the best for the players.” And they are encouraging the development of community pride in and by the team, he said.

Parker said the Martinez community is beginning to embrace its new team, especially since the Clippers participated in the Fourth of July parade, walking behind the Joltin’ Joe boat once owned by native son Joe DiMaggio.

DiMaggio was called “The Yankee Clipper,” taken from a type of speedy sailing ship, when he played for the New York Yankees. Martinez’s team takes its name from DiMaggio’s nickname.

“It was heartening to see the support,” Zeller said.

“Based on the crowds, we’re getting a lot of support,” Parker said. “That’s fun to have.”

He said the team is playing “the right brand of baseball,” and said the club wants to be part of the community.

“I agree,” said Zeller. “As a club, as players and coaches, we relish to reaching out to the community. I know the players care.” 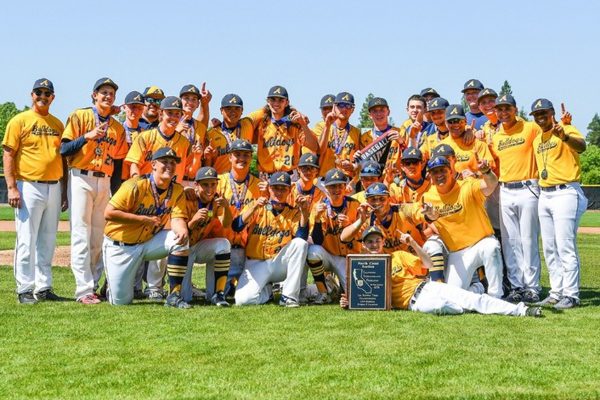 One Reply to “Clippers showing progress at midseason”