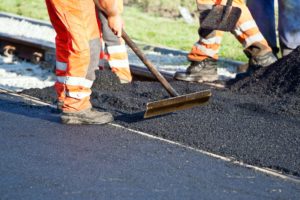 MARTINEZ, Calif. – Martinez City Council will decide tonight whether to accept the list of streets recommended for road repair under Measure D funding.

Measure D is the half-cent sales tax approved in 2016 by Martinez voters. The revenues can be used solely for local road maintenance and repairs, and the tax lasts 15 years.

In City Engineer Tim Tucker’s report, he describes how the public shared their roadway concerns during a Jan. 31 workshops. Their comments were incorporated into the list of priority neighborhoods’ streets that were included in the list.

The Council approved the initial suggestions Feb. 7, then asked city employees to supply the subcommittee a list of streets for maintenance and repairs once preliminary plans and cost estimates were complete.

The subcommittee heard Tucker’s presentation on specific streets, and has recommended the Council’s approval.

The Metropolitan Transportation Commission (MTC) road analysis indicated that with the exception of Orinda, Martinez had the worst overall street condition in Contra Costa County in 2015.

Because existing funding – gasoline taxes and Measure J revenue – wasn’t enough to improve the streets’ status, the City Council pushed to get Measure D on the Nov. 8, 2016 ballot, and 72 percent of the votes agreed with the tax.

“When the measure was drafted, it was estimated that the revenues would be approximately $2.1 million,” Tucker wrote. “Based on the 2015 Pavement Management Report, this level of funding would enable the city to maintain our streets at the current overall condition. Actual revenues in Fiscal 2018 are estimated to be approximately $3.36 million.”

Prior to the passage of both Measure D and Senate Bill 1 that increased fuel taxes, Martinez’s share of gasoline and the county Measure J sales tax was just $450,000 a year, Tucker wrote. “Our overall poor street condition was directly related to the lack of adequate funding to maintain our streets in a condition acceptable to our residents.”

Including the new state tax, he wrote, the city’s street repair funding has been increased by about tenfold. And with that money, he wrote, there should be enough to complete all of the neighborhood projects in the priority areas approved by the Council.

If the Council approves the list, the pavement management program would complete the 2017 sealing projects that had to be postponed because they conflicted with Pacific Gas and Electric (PG&E) work, including Canyon Way and the Castro Street neighborhood south of D Street.

The work is divided into 11 areas, Tucker wrote.

“Base failure repair, in preparation for the cape seal is estimated to be approximately $900,000, and will be bid separately with the annual paving program,” Tucker wrote.

Also on tonight’s agenda is a presentation on the Martinez Clippers, the city’s new professional baseball team which along with the Napa Silverados will have its inaugural opening day later this month at Martinez Waterfront Park.

The Clippers and the Silverados are the newest expansions of the Pacific Association of Professional Baseball Clubs, a West Coast independent baseball league. The current champions are the Vallejo Admirals, and other teams are the San Rafael Pacifics, the Sonoma Stompers and the Pittsburg Diamonds, a rival Contra Costa team that at one time had looked at calling Martinez home.

Chris Decker is listed as the manager, and players drafted from the April tryout camp are Phillip Rowland, a right-hand pitcher; Vincent Valentino, a left-hand pitcher; catcher Alex Oleszkowicz, second base and shortstop Luis Perez and outfielder Cole Easley.

The team’s Opening Day game is at 6:30 p.m. Thursday, May 31 against the Sonoma Stompers, who will play a two-game series against Martinez.

Mayor Rob Schroder will recommend Jeff Roubal be confirmed to the Veterans Commission. A former senior administrative analyst for Concord and previously a transportation officer in the U.S. Air Force, Roubal is commander of the American legion Post 29, Martinez.

The Council has several items on its Consent Calendar tonight, although one resident has requested one item, possible opposition to the Tax Fairness, Transparency and Accountability Act of 2018, be considered separately.

In his report, he said the California Business Roundtable (CBRT) crafted the measure that has qualified for the November state ballot.

The act would amend the California Constitution, and could void local measures approved by local voters on or after Jan. 1 of this year but prior to the act’s effective date should those measures not comply with the act’s provisions.

It would require a two-thirds voter approval to raise any and all new local taxes, even the general purpose taxes that need only a simple majority vote.

Taxes would be defined to include levies that currently aren’t considered taxes, such as regulatory and service fees. The act also would require a two-thirds vote of a City Council to approve all fees, and would establish processes so voters could overturn fees.

Changes in the use of the tax revenues would require a two-thirds vote of both the Council and of residents.

One resident, Dick Duncan, has asked that this item be considered separately from the consent calendar, which has items considered to be routine and so can be approved by a single vote.

“This is the type of action that destroys the communities trust and faith in their elected officials,” Duncan wrote.

“It’s one thing for bureaucrats to try and kill such citizen driven initiatives to require fairness, transparency and justification for raising taxes on the citizens at large. It is something else to put it on the consent calendar and attempt to evade public discussion and input and allow Council members to take the easy way out,” he wrote. “This is not what you were elected to do!”

He wrote that each member of the Council should be recorded “as to where they stand on this initiative and why that is their position. This is how we as voters can judge your performance and make choices as to who best represents their constituents.”

Calling the act fair, open and transparent tax strategies,” Duncan suggested, “Let’s have some discussion, maybe we could all learn something.”

The California Business Roundtable that initiated the measure is made up of some of California’s largest companies, including Wells Fargo, Albertson’s, KB Homes, Blackstone Group, Chevron, Farmers Insurance and Granite Construction.

Other items on the Consent Calendar include the assigning of the amended pipeline franchise ordinance to TransMontaigne Operating Company; the notice of completion of the Martinez Marina Dredge project, and a report on the city’s investments, which City Treasurer Carolyn Robinson said conform to the city’s investment policy and are of sufficient liquidity and anticipated revenues to meet Martinez’s budgeted expenditure requirements for the next six months.

The Council will meet at 6 p.m. today in a closed session to discuss several real estate matters, including the purchase of 821-825 Escobar St., and the lease of the Bisio Building at 636 Ward St.; one legal matter and one personnel matter.

The regular meeting will start at 7 p.m. today in the Council Chamber of Martinez City Hall, 525 Henrietta St.