MARTINEZ, Calif. – If the Parks, Recreation, Marina and Cultural Commission (PRMCC) members have wondered whether “Marina” should be kept in their panel’s name, they got their answer Wednesday from the Martinez City Council – “Yes.”

“The PRMCC are experts on what the community is looking for,” City Manager Eric Figueroa said.

City staff is working on the broader-stroke Trust Land Use Plan (TLUP), due by the end of the year as part of the city’s agreement with California for the authority to use certain portions of the Martinez waterfront, so long as it’s held in public trust.

The land trust transfer, affecting four waterfront parcels, was accomplished through Senate Bill 1424, written by then State Senator Lois Wolk. Trust lands can be leased for up to 49 years, and the trustee can collect rents and leases, so long as the uses conform to SB 1424.

Christina Ratcliffe, director of Community and Economic Development, already has addressed the PRMCC about the TLUP, describing it as a document that can be modified as needed in the future, but which would provide a guide for any development of the area.

The next task will be designing a waterfront and marina master plan that will be more specific about how the acreage should be used. And for that process, the Council is seeking the Commission’s help, especially in determining what Martinez residents want to see built.

Part of the conversation Wednesday during the joint meeting of the two panels centered on the use of the word “marina,” which sometimes is used for waterfront areas beyond the slips, boat launch, dry storage, and store that make up the marina proper.

“’Marina’ is broad. The citizens don’t understand,” said PRMCC Vice Chairperson Karen Bell-Patten. She asked whether it include the Waterfront Park’s amphitheater and athletic fields as well. In addition, the city developed a master plan for the marina in 1993, and Bell-Patten said during some talks, citizens expressed desires for a Trader Joe’s grocery and, most of all, a public aquarium as an attraction.

She asked the Council to “prioritize this,” and say whether the marina is where the PRMCC should put its focus.

Mayor Rob Schroder said he catches himself saying “marina” when he’s referring to Martinez Waterfront Park or the shoreline in general. Adding to the confusion is that some portions of the shoreline area are not under the city’s governorship, but instead belong to the East Bay Regional Park District.

In addition, Councilmember Mark Ross said, certain portions of each have different use restrictions. Vice Mayor Noralea Gipner asked for a map of the area, labeled with the governing agencies and the associated regulations.

PRMCC Chairperson Dylan Radke said his Commission has been frustrated in its role as an advisory panel, because members are reluctant to suggest plans without knowing associated costs.

One example is making the amphitheater more appealing. At a past meeting, the Commission was told that a theater group that had staged productions there chose a different venue with better shade. But Radke said he’d heard that shading the amphitheater could cost upwards of $1 million.

Ross urged the Commission to proceed with its recommendations without worrying about the costs. “Give us ideas,” possibly with alternatives, he said.

Other waterfront topics included a Delta interpretive science center and the prospects of ferry service.

“The waterfront and the marina is a big job,” Schroder said. “The PRMCC has a vital role.”

It also has a role in protecting public parks, Gipner said, especially when residents and visitors misuse the parks amenities, such as using ball fields as “personal dog parks.”

“We talk about that all the time,” Radke assured her. Part of those misuses happen when city staff isn’t present, he said.

Commissioner Richard Patchin said the PRMCC works closely with police and public works employees about those concerns, but pointed out nothing is foolproof.

Another area is the cultural aspect of the Commission’s assignment, such as turning utility boxes into canvases for artwork, Schroder said.

“We’ve been working on that for a year,” Bell-Patten said.

Councilmember Lara DeLaney also would like PRMCC input on the renovation of the city-owned old Southern Depot, finding a home for the native son Joe DiMaggio museum, a walking tour of Martinez, use of the Campbell Theater and other projects the Council would like to see moved along.

One might be a mural illustrating Martinez’s bragging rights as the birthplace of baseball legend Joe DiMaggio, the former home and burial place of environmentalist John Muir and the first place the famous cocktail, the Martini, was made and served.

Ross called Martinez “The Hamptons of the West Coast,” including an east-west fish migratory river and as part of the Pacific Flyway for migratory birds. Gipner pointed out some people come to watch trains as they stop or pass by the Amtrak station.

The PRMCC’s proposed work plan, a list of projects to undertake in the coming year, may be revised as a result of Wednesday’s meeting.

It sought updates of the Martinez Municipal Code to redefine the PRMCC’s roles and bylaws and incorporate new policies on special events. It wanted to start a parks master plan and help the Community and Economic Department market the city as a destination, and contribute to the cultural and arts portion of the city’s General Plan update.

Figueroa suggested that concerning the park master plan, the PRMCC look at the park system from both short-range and long-term perspectives. He urged the panel incorporate creating “a sense of community in Martinez” that would make it attractive not only to visitors but also to prospective new residents.

The cultural aspect “is important to a viable community,” he said, and urged the Commission to provide guidance on spending money on the arts. Commissioner Satinder Malhi added he hoped the PRMCC would assure that all of Martinez’s cultures would be recognized and celebrated.

One request the PRMCC gave the Council, for its own money to spend, got mixed reactions from the Council and Figueroa, who said such an earmark could become problematic. However, both panels agreed greater interaction and communication between the two, either directly or through subcommittees, would be welcome. 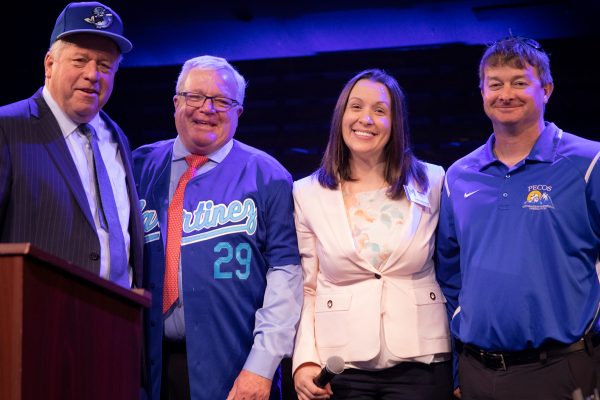