MARTINEZ, Calif. – A Union Pacific train blocked Ferry Street for an hour and 45 minutes one morning earlier this month, and another train blocked the street another 45 minutes in the afternoon, prompting Councilmenber Noralea Gipner to suggest the Martinez City Council form an ad hoc committee to look into the situation.

Councilmember Debbie McKillop called the street blockages “a risk to public safety,” especially if someone urgently needed to leave Waterfront Park or if first responders needed to answer an emergency.

However, railroad activity is interstate commerce regulated at the federal, not local level, Mayor Rob Schroder said. “There are challenges to dealing with the federal government,” he said.

Senior Assistant City Attorney Veronica Nebb agreed. “We do not know what a committee could do.”

She said both residents and officials need to keep records on the times trains belonging to Union Pacific or Amtrak block essential downtown roadways. Those records would be important when dealing with the railroads, she said.

Nebb said she also would work with Police Chief Manjit Sappal on possible solutions. “Some may be outside the box.” Once they have additional information for the Council, they will ask for their report to be put on a meeting agenda.

“We recognize blocked crossings are a concern to the community and encourage anyone who experiences a blocked crossing to report it by contacting UP’s Response Management Communication Center (RMCC) to notify the railroad,” Justin E. Jacobs, director of media relations, said.

“Union Pacific’s RMCC is available 24/7at 1-888-877-7267. This is the best method to ensure it is reported and addressed,” he said. ”Our goal is to not block railroad crossings and provide safe and efficient service to the customers and communities we serve across our network.” 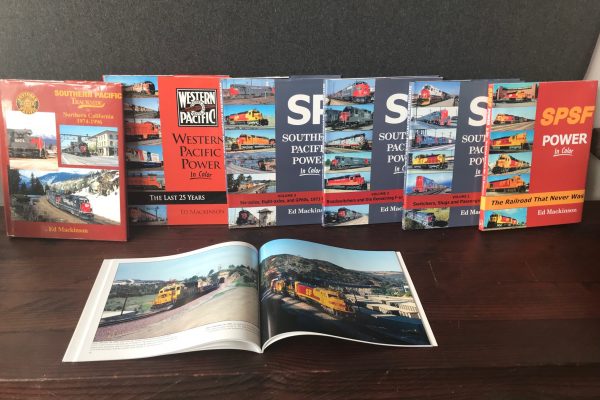 Martinez author’s book recalls ‘The Railroad That Never Was’