Back for its traditional Memorial Day Weekend, BottleRock Napa Valley is ready to ring in the start of summer for the Napa Valley with a great blend of music, culinary experiences, wine, beer and craft cocktails for festival goers. There is no lack of starpower from the musical acts as Metallica headlines Friday night, followed by TwentyOne Pilots on Saturday and P!NK on Sunday. In addition to the headliners there are fantastic acts from noon to 10pm each day who include Kygo, Greta Van Fleet, Chvrches, Iration, Fantastic Negrito on Friday. The Black Crowes, Mount Westmore (Snoop Dogg, Ice Cube, E-40 and Too Short), Silversun Pickups, Grandmaster Flash on Saturday. With Luke Combs, Pitbull, Bleachers, Vance Joy, Michael Franti & Spearhead and more on Sunday.

The Bay Area flavors don’t stop with the musical acts, they continue on the William Sonoma Culinary Stage as superstar chefs Michael Mina, Andrew Zimmern, Michael & Bryan Voltaggio, and Matt Horn team up with local sports legends Rickey Henderson, Charles Woodson, George Kittle, Hunter Pence and more. Local channel 2 KTVU Sports Anchor Mark Ibanez will be there too. If you are interested in getting an autograph, or checking out some of the fun culinary creations that get made on this stage, get there early as it’s a midway point between the Jam Cellars main stage, and the Verizon Stage. 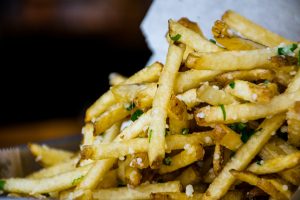 Last year BottleRock debuted 22 touchless water refill locations around the festival and saved an estimated 269,000 single use vessels from the recycling stream. These will be back for this year, so make sure to bring your reusable canteen or water bottle. The sustainability doesn’t stop at the water stations, BottleRock is also offering a reusable wine glass program this year, by using reusable wine glasses they estimate to save 55,000 single use wine glasses! The lighting you see around the venue this year will be updated from years past, this time 100% led lights for all onsite lighting which will save lots of energy.

You can help out too, BottleRock is trying to limit emissions and has set up a Park ‘N Ride where you can take a bus in from the Bay Area. Partnered with Busbank they hope to take over 1,000 vehicles off the road to the festival over the weekend. There will also be free local transit with The Vine Bus, additionally bike parking is free this year.

This year there will be 40 different restaurants involved including lots of local fare including favorites from Mustards Grill, Oenotri, Goose & Gander, Bounty Hunter Smokin’ BBQ, Tarla Grill, Zuzu and more.

Sean Knight of Mustards Grill, who has been part of BottleRock since the first year is excited for this year and has a few goodies up his sleeves. “We’ve got a few fun things going on this year, including a stand that won’t be branded Mustards with a traditional east coast style lobster roll, and a west coast style crab cake sandwich with either old bay fries, or truffle fries.” In addition to those mouthwatering seafood delights from Knight, Mustards Grill is going to be offering a snake river slow cooked wagyu beef brisket sandwich which has my attention. “We slow cook the brisket for 14 hours and put it on a roll with coleslaw and housemade pickles,” said Knight. “We’re also doing a taco stand with ling cod tacos and pulled pork tacos which should be really good.”

After you get a gourmet bite to eat from one of the many vendors on hand in the culinary garden it’s time to check out some of the sweets from Kara’s Cupcakes, Maria Pilar’s Mariposa Ice Creamery, Sweetie Pies and more. Pilar Bernard from Mariposa Ice Creamery will have something to cool you down, including a fun fruit pop, and traditional ice cream sandwich in addition to many other fun treats.

To wash down your meal there are lots of choices of wine, 19 different wineries will bring their best to the festival including Jam Cellars, Caymus Vineyards, Miner Family Winery, Amuse Bouche, and Art House Wines to name a few. Not a big wine drinker? Not a problem, there are plenty of other choices including but not limited to Lagunitas, Hop Valley, Pacifico, Coors Light and Truly. If you are looking for something a little stronger, the crafted cocktails are great and there are plenty of fun experiences set up from Ketel One Vodka, Don Julio, Hendricks Gin, and Bulleit Bourbon.

Not every restaurant that BottleRock brings in will be open to the general festival goers, some of the restaurants will be there for the VIP Premium Sky Suites and artist catering. “It’s really fun and exciting to be a part of BottleRock,” said Oenotri’s Jessi Kerr. “The involvement for us is awesome, being a part of the community and being part of this great festival and getting our great food into the hands and bellies of festival goers and artists is the best feeling.”

Knight seconds the feeling of Kerr, “There is no other festival like it, I am a big music person and this is the best festival in terms of the combination of food, wine, music and activities. We are glad to be a part of it and able to do some fun activations.” 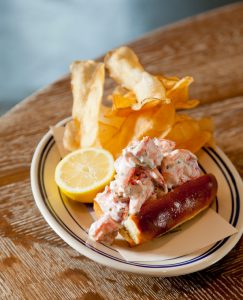 Looking to get in some live music before Friday afternoon as the tunes kick off in Napa, or can’t make it to the festival, you can catch some of the BottleRock artists on the afternight shows. On Thursday Iration, with special guest Ron Artis II will play at the Jam Cellars Ballroom in Napa. All weekend long the JaM Cellars Ballroom plays host to the official BottleRock after show featuring The Wedding Band Friday, CHVRCHES on Saturday and the SilverSun Pickups with Great Northern on Sunday. There are several other after shows featuring great acts such as The Suffers, Amos Lee, Kikagaku Moyo with DJ Bootleg Bunny, Kinky, Spoone with Geese performing outside of Napa, at the Starline in Oakland, The Fillmore, August Hall and The Chapel in San Francisco, and Ace of Spades in Sacramento.

Last year saw a big presence of COVID-19 protocols, but this year due to county regulations there will be no vaccination, testing or mask protocols present. The California Department of Public Health strongly recommends the use of masks while indoors. Masks will be available free of charge at BottleRock upon request at indoor entrances and info booths.

State & local guidelines are subject to change at any time. Should these protocols change, guests will be immediately notified.

All three day festival passes and VIP experiences for the weekend are sold out but single day tickets for Friday and Saturday are still available. To purchase tickets go to www.bottlerocknapavalley.com/tickets/ The gates open Friday at 11am with music starting at 12pm through 10pm Sunday. 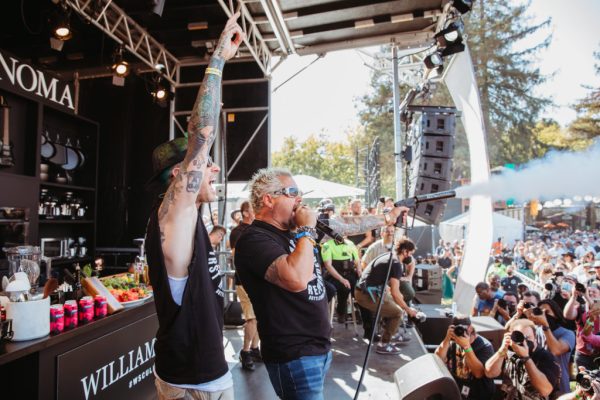