MARTINEZ, Calif. – Jamie Fox not only hasn’t given up on preserving the Alhambra Hills as open space, he is hoping a letter will persuade the landowner and potential developer to keep talking with Martinez officials about the matter.

Martinez City Council assured him the city remains in talks with Richfield Real Estate Corporation, the Delaware company that represents owners Waters DHC and Oak Hill Park III. In 2011, the 297.6 acres were slated for development, a 112-home subdivision with some land left as open space.

Although the project was approved – reluctantly, according to Councilmember Mark Ross – no work has begun on the site after the developer agreed to delay grading the land to accommodate a group that had hoped to raise money to buy the acreage. But that effort failed.

In 2016, the Council authorized City Manager Brad Kilger to negotiate with Richfield about the land’s purchase.

A volunteer and member of the Alhambra Hills Open Space Committee, Fox and fellow volunteer Jill Penman presented what they described as a “friendly letter” they intend to send Richfield.

The pair asked Martinez City Council to be cosigners of the letter, and each member of the panel gave the two their wish.

Fox and Penman will mail the letter April 21 during the John Muir Birthday and Earth Day Celebration at the John Muir National Historic Site, 4202 Alhambra Ave.

Fox showed the Council and Wednesday’s audience a picture of the Alhambra Hills ridgeline, once owned by Muir, the famous environmentalist who was born in Scotland but is buried in Martinez after having lived here with his family.

The letter praises Richfield for being willing to negotiate to allow the property, which it calls Alhambra Highlands, to be bought for preservation as open space, rather than to be developed as was the company’s original intent.

“John Muir owned this hill in 1894, and as a National Historic figure we can all appreciate the person who helped create Yosemite National Park, and was a leader at the time with leading America to preserve extremely beautiful areas that are special and irreplaceable,” the letter said.

The letter calls the ridgeline “extremely majestic,” and notes that it sits directly above Muir’s gravesite.

The John Muir Land Trust and the nation’s largest park district both want the land preserved, the letter said. In addition, many people signed a petition that received unanimous Council support in endorsing the preservation of the site as open space.

“We sincerely encourage you to look deep in your hearts and see if a compromise can be made where both parties can win.”

The event, which includes tours of John Muir’s house, will have a bagpipe procession, music that ranges from the Piedmont Highlanders to the musical “Mountain Days” with Lee Strawn as John Muir, San Francisco Scottish Fiddlers, the Irish Newsboys and Extended Roots.

Among the activities and entertainment are a recycled fashion show and a celebration including a birthday cake of Muir’s birthday.

Two silent auctions will be conducted, and among the awards presented will be the John Muir Conservation Awards and the Sourdough Starter Award. 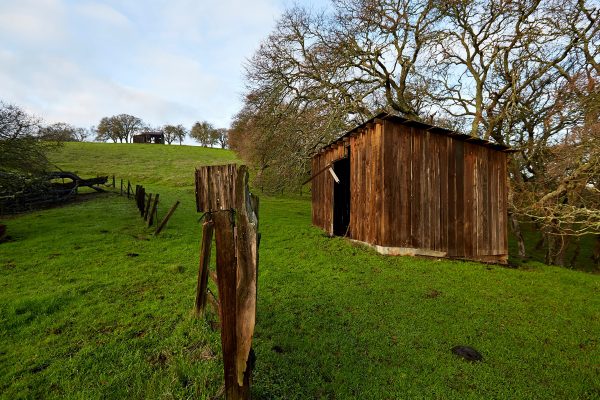