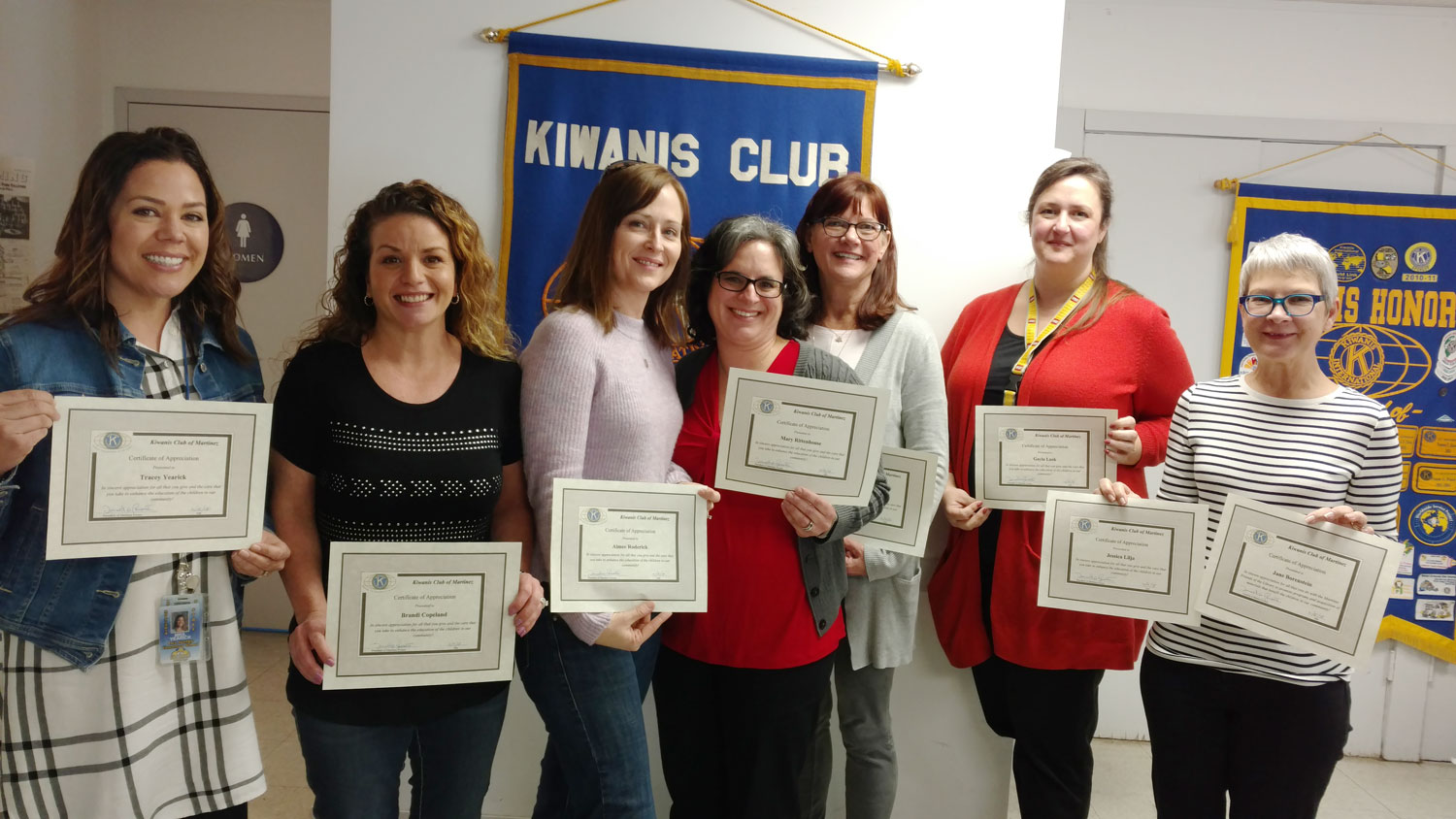 In recognition of its weekly speaker program, the Kiwanis Club has made donations to libraries at local schools and other sites, Donald Pallotta, president, said.

Earlier this month, the club gave $200 to the libraries of John Swett, John Muir, Las Juntas and Morello Park elementary schools, Martinez Junior High School, Alhambra High School and Vicente High School/ Briones School, as well as to the Martinez Community Academy, the Juvenile Hall Auxiliary and the Friends of the Martinez Library.

The money buys between 10 and 20 new books for each library annually, he said.

“The club makes this donation in coordination with its weekly speaker appreciation and recognition program,” he said. “A book is donated in each program speaker’s name to one of the libraries. A label is placed in each book purchased with the Kiwanis donation, acknowledging Kiwanis and the speaker.”

While Kiwanis Club provides the money, library staff chooses which books will be bought, he said. Then the libraries give the club a list of the books that those funds provided.

“The Kiwanis Club of Martinez is proud to recognize its weekly program speakers by providing local school and community libraries with ongoing funds to support literacy in the community,” he said.

One Reply to “Kiwanis Donates To Libraries”