Since Rotary and its partners launched the Global Polio Eradication Initiative 30 years ago, the incidence of polio has plummeted by more than 99.9 percent, from about 350,000 cases a year to just 22 cases in 2017. To sustain this progress, and protect all children from polio, Rotary has committed to raising US$50 million per year in support of global polio eradication efforts. The Bill & Melinda Gates Foundation will match Rotary’s commitment 2:1. Without full funding and political commitment, this paralyzing disease could return to previously polio-free countries, putting children everywhere at risk.

Rotary has contributed more than $1.8 billion to ending polio since 1985, including funds raised at the Annual Rotary District 5160 Bocce Challenge polio fundraiser for the past 10 years hosted by the Rotary Club of Martinez. In addition Rotary has played a major role in decisions by donor governments to contribute more than $8 billion to the polio eradication efforts.

Rotary brings together a global network of volunteer leaders dedicated to tackling the world’s most pressing humanitarian challenges. Rotary connects 1.2 million members of more than 35,000 Rotary clubs in over 200 countries and geographical areas. Their work improves lives at both the local and international levels, from helping families in need in their own communities to working toward a polio-free world. Visit endpolio.org for more about Rotary and its efforts to eradicate polio.

To find out more about Martinez Rotary please join us the 1st-4th Wednesdays at noon at Grace Episcopal Church. 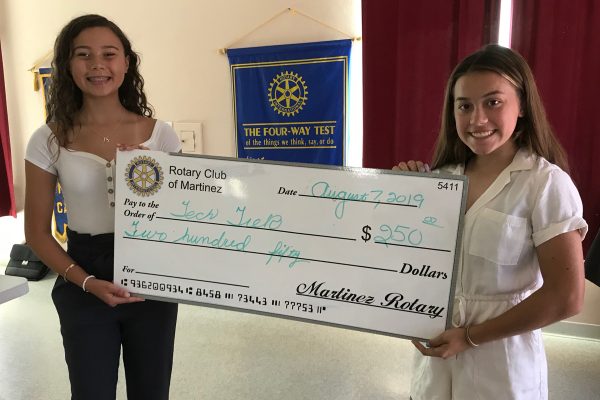 Martinez community comes through for schools