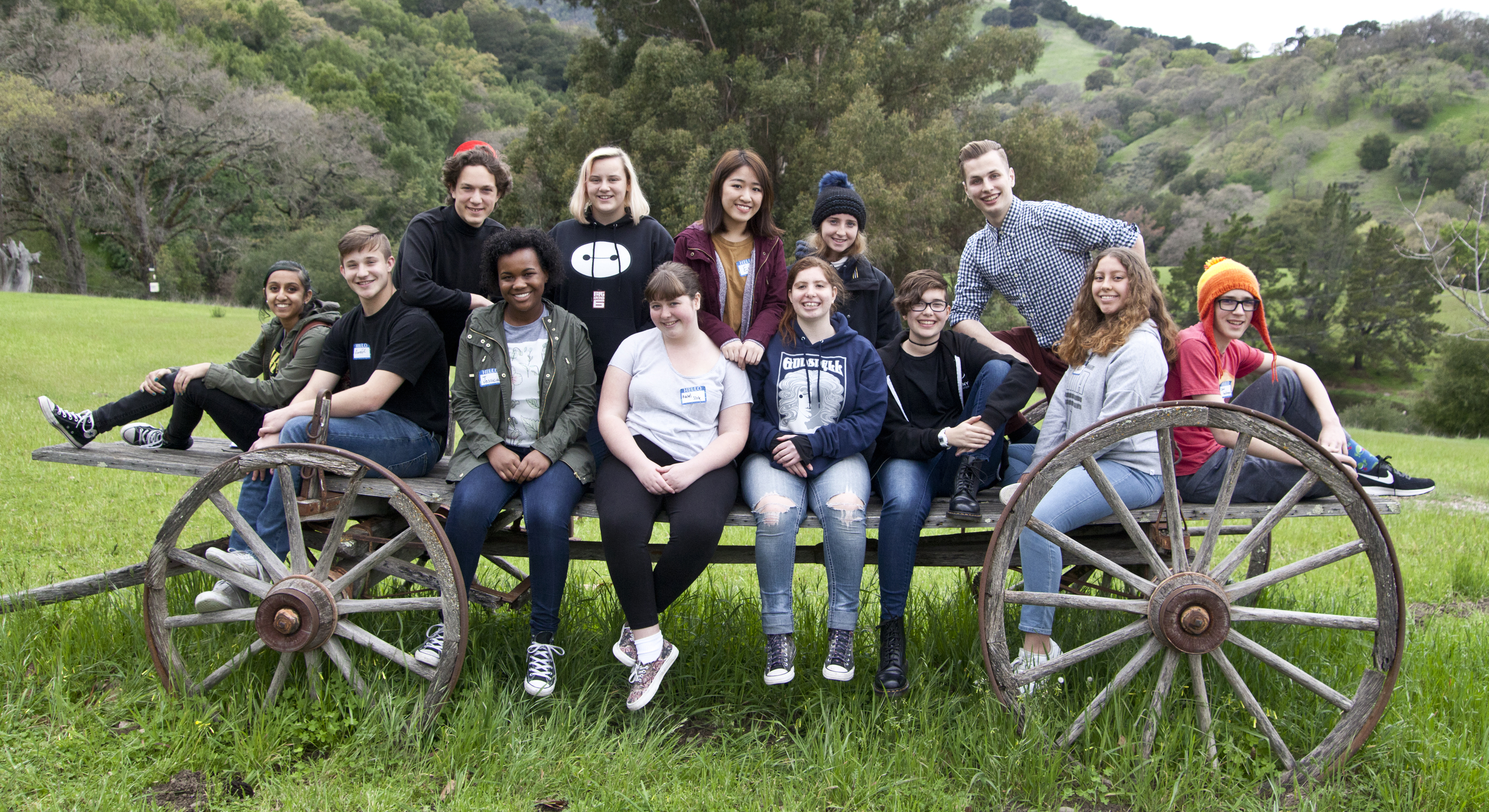 By CHARLIE JARRETT
Special to the Martinez Gazette

Between March 10 and 17, five gifted and inspired students from Alhambra High and Briones High took up the challenge offered by the Eugene O’Neill Foundation, in partnership with the Eugene O’Neill National Park, to express themselves in a free artistic enrichment program for high school students.

Thirty one of the thirty six students who expressed an interest in this program were able to attend the masterclass in visual/digital arts, drama, photography and playwriting at the O’Neill Tao house in the Danville hills.

Those students, Sam Millson, David Miller, Isaiah Huntsinger, and Rosette Tyree from AHS and Lima Xiomara, from Birones enthusiastically endorsed the program at the conclusion of the classes on March 17, individually thanking the instructors and unilaterally expressing and enthusiastic interest in the 10 day advanced acting and playwriting summer retreat.

The students unilaterally confessed that prior to this program and the opportunity to visit the Eugene O’Neill national Park, they were not even aware that one of America’s greatest playwrights had lived in a home lovingly named the Tao House by the O’Neill’s in Danville, California. Following a tour of the home and outside grounds provided by the Park Service, many of the students expressed excitement at their being able to actually walk the same beautiful countryside where one of America’s most famous playwrights wrote his plays.

The O’Neill foundation will sponsor that in-depth master class again between June 14th and the 24th, under the guidance of professionals in those fields.

A Pulitzer Prize was awarded O’Neill in 1936, and the following year, as the new Bay and Golden Gate bridges and the Caldecott tunnel were being completed, the O’Neills built their Danville home, called the Tao house, which in Chinese means (as interpreted by the O’Neill’s) “the right way of life.” When Eugene and his wife, Carlotta, built this home, O’Neill was already a Nobel laureate and winner of three Pulitzer prizes.

In fact, O’Neill is the only American playwright to ever receive a Nobel Prize. It was here on the O’Neill estate that he worked on the plays that are generally regarded today as some of the finest written by an American: Long Day’s Journey into Night; A Touch of the Poet; Hughie; The Iceman Cometh and A Moon for the Misbegotten, his final play.

The Eugene O’Neill Foundation, in partnership with the Eugene O’Neill National Park, invites all high school students to join them for a free creative 10 day intensive training program in acting and playwriting, called The Express Yourself! Studio Retreat, again led by professionals at the Tao house between June 14th and the 24th of this year.

Since this program is offered to all incoming and current high school students, go to the www.eugeneoneill.org/studio-retreat/ webpage for detailed information and the application that must be completed in order to apply. Because space is limited, only a select number of playwrights and actors will be chosen to take part.

All interested students must apply no later than June 1. The workshops meet daily from 8:30 AM till 3:30 PM. Students in the playwriting track will delve into topics such as character, dialogue, and story arc -all in the process of developing their own 10 minute script for final public performance. Students in the acting track will gain insight into building characters, the importance of movement and voice, and learn the foundations of acting technique taught at college level programs.

The second week is devoted to rehearsing the original scripts by the playwriting tract and mounting a performance for friends and family around noon on the final Sunday. Lunch is provided daily to students along with snacks and water throughout the day. In that direct access to the O’Neill historic site by a car is not allowed, the National Park Service shuttles students by bus to and from the site from either the Walnut Creek BART station or the Danville Park and Ride Lot. Please indicate which location you prefer when applying.

Studio retreat is recognized as a distinctive educational program, designed to provide a more thorough understanding of playwright Eugene O’Neill and his important place in American drama, while also encouraging students to reach a new level of creativity within their own work.

By collaborating with local theater professionals, participants gain valuable, hands-on insight into what careers of working actors and playwrights actually entail. Studio retreat is made possible by the generous support of The Dean and Margaret Lesher Foundation and the Wood Family Foundation.