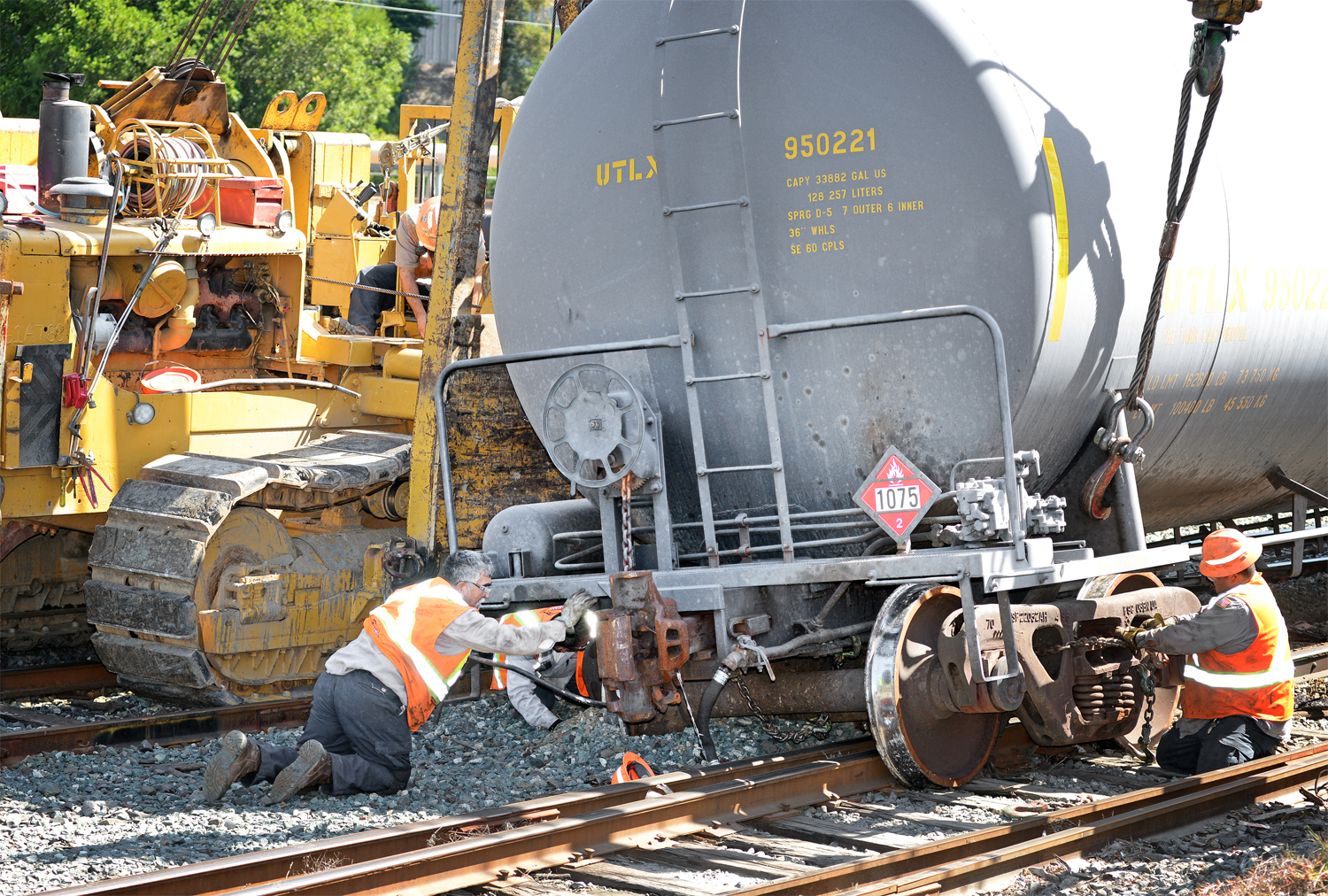 Operations remain normal at both Shell Martinez Refinery and the main railroad tracks through Martinez despite the derailment at 2:45 a.m. Tuesday of two tank cars on Union Pacific property parallel to Marina Vista Avenue along the Tracy Subdivision just outside the refinery, according to both refinery and Union Pacific Railroad spokespersons. The cars, which were carrying butane, remained upright, and no injuries or leaks were reported. The derailment occurred at a switching point along the rail lines near where mandatory maintenance was completed last month. Union Pacific sent employees to the site to set the cars back on the tracks, and the cause of the derailment is being investigated, said Justin E. Jacobs, director of media relations for Union Pacific Railroad. Workers from Hulcher Professional Services Inc. prepare to lift a Union Pacific tank car back onto the siding. (PHOTO BY ROBERT PERRY/MARTINEZ NEWS-GAZETTE)