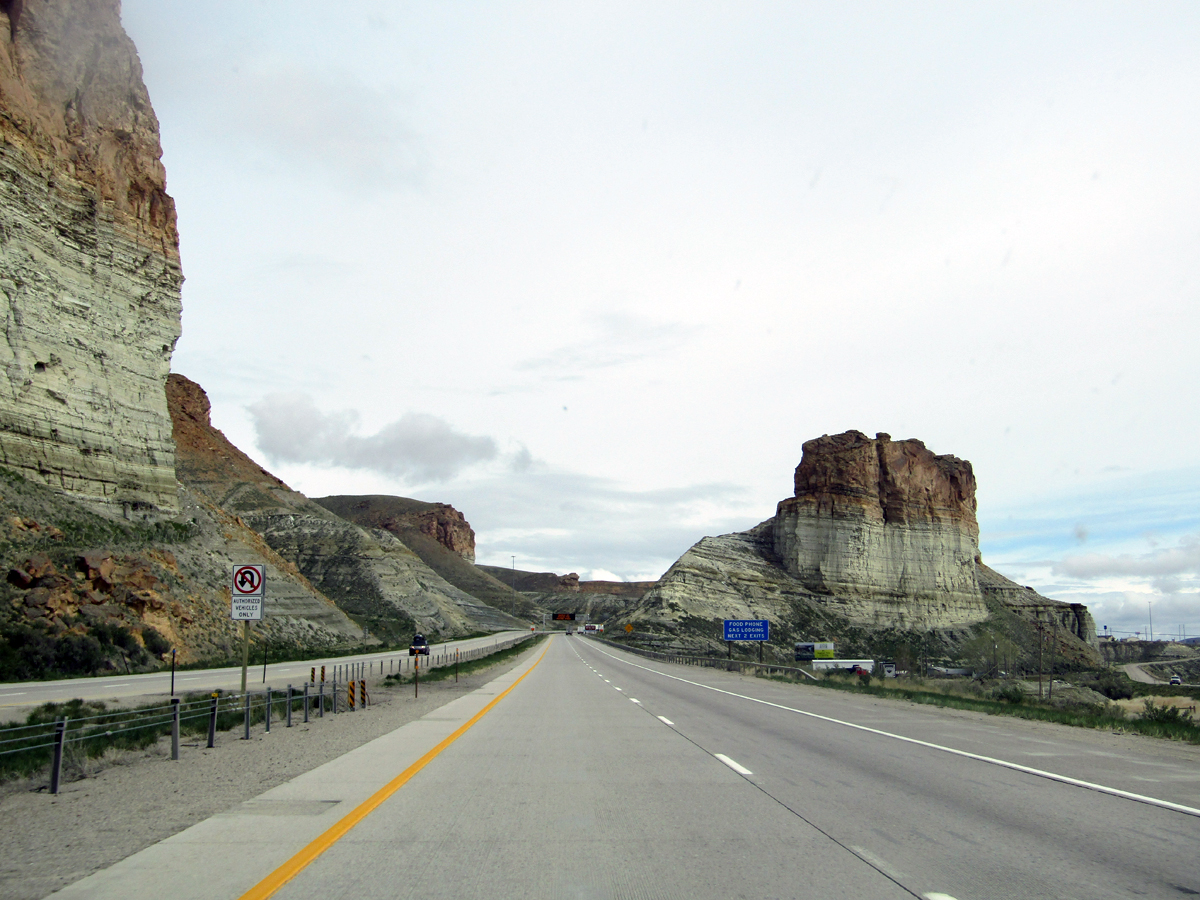 My mother and father often said they were going to buy a little camper and travel across the country after my two older sisters grew up and left home. My parents dreamed of driving clear across the our homeland some day and then right back again, taking the nation’s highways and byways. Dad said he saw no sense in traveling to foreign lands when there was so much to see right here in our own magnificent country.

We take our highways for granted today, don’t we? It seems like they have always been here, but the interstate system is a relatively new phenomenon. Our current Interstate Highway System began in 1956 with President Dwight D. Eisenhower. Some of us may remember driving to Reno by way of Highway 40 which was decommissioned in favor of I-80. The last segment of Interstate 80 was not completed until 1986.

My husband Jeff and I just returned from an awesome road trip to Nebraska. We drove east to celebrate our granddaughter Betsy’s second birthday. We had a fabulous time with her, our son Eddy and my favorite daughter-in-law Susan. We went to the Omaha Zoo, walked through a forest, browsed through the Omaha farmer’s market, and accompanied Betsy to her first baseball game which turned out to be “25 Cent Hot Dog” night. (Jeff ate four hot dogs during the Omaha Storm Chasers game. “They were only 25 cents!” Jeff reasoned.)

We drove 1640 miles in each direction, not counting numerous side trips. It would have been easier, but not cheaper, to fly there. Why spend nine days driving? One reason was because the back of our Honda Odyssey was filled to the gills with of stuff to deliver. Betsy and Eddy’s Birthday gifts, new baby-boy-on-the-way gifts, Christmas and other decorations we parents are passing on, and old stuff Eddy stored in our attic. Another reason, and an important one, was because we wanted to see our country again.

The first time I drove across country was in 1986 when the Air Force reassigned Jeff to New Jersey. Our children were four, five and six years old. We packed up our new blue Ford Aerostar van at my sister’s house in Antioch. After many rounds of hugs and kisses the Roubal clan climbed into the van.

On that first family road trip we followed Highway 80 all the way to its end in New Jersey. We crossed through the Sierras, the Rockies and the Appalachians. We traveled 3000 miles through eleven states. We saw wild horses in the high deserts of Nevada, tasted the salt in Utah, met Jeff’s relatives in, Nebraska, drove through the woods in Pennsylvania and landed in Bayonne, New Jersey.

I love road trips. “The journey is the reward.” I read once in my Chinese fortune cookie. This is true in many aspects of life, but particularly in a family road trip. Once you are in the car, there’s nothing else you can do. No house to clean, no job to be done. No homework to finish. Just you and your family, all within easy communicating distance. As the miles fly by you can catch up with each other’s lives, sing songs or share an audio book together. Learn to like each other again.

Before 1956, Americans driving from one side of the country to the other traveled along the Lincoln Highway which began construction in 1913. The Lincoln Highway, America’s first national memorial to President Abraham Lincoln, ran coast-to-coast from Times Square in New York City west to Lincoln Park in San Francisco. The road was assembled segment by segment, year by year across the country. The Lincoln Highway became affectionally known as “The Main Street Across America.”

When Interstate 80 was built, it crossed over, around and incorporated many parts of the Lincoln Highway. But how was the route for the Lincoln Highway determined in the first place? Have you ever heard of the Oregon, Mormon, or California trails? Yup. Our modern highways follow along the routes taken by Conestoga wagons in the mid 1800’s. How did the early pioneers determine which trails to take? They followed the trails established much earlier by Native Americans. Isn’t that amazing?

Jeff and I spent some time exploring a few museums along the way. It’s been decades since I learned about the Westward Expansion in school. As a child, the story of the early pioneers seemed romantic. After following the pioneer trails all the way from Omaha into California I am astounded that anyone made the trip at all. The hardships they endured are remarkable. One in ten pioneers did not survive the trail. Standing outside the California Trail Interpretive Center (Bureau of Land Management) near Elko, Nevada, we could actually see wagon wheel ruts made by settlers about 170 years ago. It’s estimated that about 250,000 emigrants traveled over the California Trail between 1830 and 1870.

We loved learning about the history of the area, but just looking out of our front windshield we saw mountains, rivers, forests, and deserts. And they were all different from the ones we have in California. As we were passing through Wyoming, we saw a historical marker for “The Tree Rock”. We pulled off the highway into the median between east and west highway. We found a lone tree growing out of a large Precambrian era rock. Early travelers on the Lincoln Highway were fascinated by the lonely tree and postcards of the tree were very popular in the 1920’s. I was mesmerized by the Sherman Mountains off in the distance. I turned around to see Jeff poking his finger through the iron fence surrounding the tree and rock. “What are you doing?” I asked. Jeff grinned sheepishly. “I never touched a 1.4-billion-year-old rock before.” Rick Steves eat your heart out.

With our son and his family in Nebraska, Jeff and I are already planning our next road trip. So much to see, so little time! Through our travels and potty stops at visitor centers we came across a wonderful series of booklets published by the U.S. Department of the Interior. They are called “National Historic Trails Auto Tour Route Interpretive Guides”. You know those historical markers you see along the road but whiz by too fast to stop and check out? Well, these guides contain a history, a map, and a description of each landmark along the trails. We picked up paper back trail guides from Nebraska to California and will use them in planning our next trip.

My parents never did get the chance to travel. My sister Brenda said they decided to have me instead. Then my kid sister Johnette came along too. Before Johnette was eighteen both parents had passed away. Brenda emphasized that our parents never regretted their decision. So now we daughters take those road trips for our parents.

So what’s keeping you? Fill the tank with gas and go!
Where am I goin’?
I don’t know
Where am I headin’?
I ain’t certain
All I know
Is I am on my way

When will I be there?
I don’t know
When will I get there?
I ain’t certain
All that I know
Is I am on my way

To get our own copies of the National Historic Trails Auto Tour Route Interpretive Guides go to https://www.californiatrailcenter.org/resource-links/.