SONOMA, Calif. — The Stompers were able to muster up three crucial home runs, including a grand slam by Kevin Farley, to come all the way back from a four-run deficit and swamp the Clippers, 11-7.

Martinez, trailing by the score of 3-1, was able to put up a six-run fifth inning – sending eleven men to the plate – but three home runs in that frame were counteracted by another two long balls by Miles Williams (10) of the Stompers, giving him four in two games, as well as a seventh-inning grand slam by Kevin Farley (1) off of Rob Humes. Six runs in the seventh gave Sonoma their lead back, and then some, as the Clippers lost their 28th of the year and dropped to 10 games back of a playoff berth.

The Clippers also committed four errors in a game that saw Martinez’ fielding percentage drop back to fifth in the league, sitting three points behind Pittsburg at 0.955, and although the Clippers took advantage of three Stomper miscues, it wasn’t enough to put the Clippers over the top in a game that saw good offensive production. Jacob Barfield (1-4) hit his first professional home run, as Shaine Hughes (2-4) tripled and scored. Luis Perez ended up with three hits in five tries, including a ninth-inning double, as Devin Carter (0-2) and Matt Richards (0-1) each drew multiple walks.

The Clippers head home on Tuesday and Wednesday to host the Vallejo Admirals, as Jalen Miller (0-2, 5.33 ERA) will face Joe Jones (1-6, 9.09 ERA) for the first time this season. The Admirals own the season series against Martinez thus far by the margin of seven games to none, and have outscored the Clippers 68-32 in five games at Joe DiMaggio Field, scoring 36 runs on 21 long balls in those games. 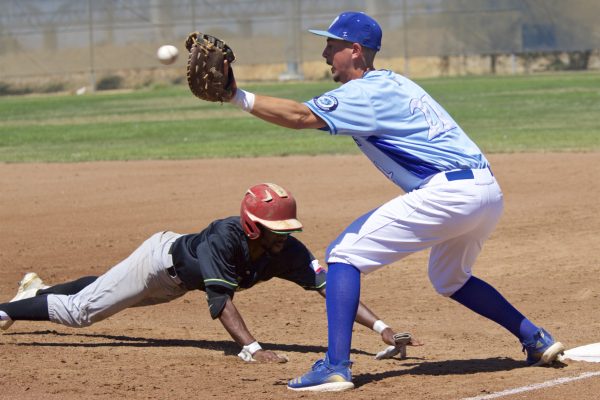