Sappal began with news that is “bittersweet and filled with some regret.” Sappal, who was Chief for over six years, called his time in Martinez as the “absolute highlight of my career.”

Sappal cited his health as the reason for stepping down.

“It is a really difficult decision for me but I need to focus on my health. While my brain and heart say it’s not time to leave, my body, particularly my back is in agony, and it is telling me it’s time to go.”

MARTINEZ, CA – The City of Martinez Police Chief, Manjit Sappal, has decided to retire after serving as Chief for the last six and a half years. His retirement caps 26 years of service to several communities as an officer. His last day in law enforcement is today, March 17, 2022.

“It has been one of the greatest honors of my career to serve the Martinez community as their Chief of Police,” stated Sappal. “I will always cherish the memories of working with men and women that go above and beyond to keep our community safe. Even in times of adversity, our folks have worked hard to build meaningful relationships with community members and demonstrate an unwavering commitment to public safety each day. Although I will miss my colleagues and the Martinez community, I am confident the City is in good hands and will continue to its strong record of public safety.”

As Police Chief for the City of Martinez, Sappal and his department have modernized police
department processes and addressed a variety of public safety challenges, including
homelessness. To create a police department that mirrored the values of the community, Chief
Sappal was heavily involved in the hiring process to ensure each member of the department is
dedicated to serving all members of the public and prioritizing community needs.

“Chief Sappal has been a cornerstone of the Martinez Police Department for many years. His deep commitment to our City, staff, officers and community set him apart and enabled him to
accomplish important community milestones,” said Mayor Rob Schroder. “His balance of
knowledge, foresight and experience will be missed.”

Through his leadership, the City of Martinez became the first City in Contra Costa County to
help individuals experiencing homelessness on a personal level; the City partnered with the
County to assess Martinez’s homeless population and find proactive strategies that were
specific to each individual’s situation. Chief Sappal assigned an officer to work with individuals
to ensure they were on a stable path towards permanent housing and ensure their needs were
met, such as weekly showers in Martinez coordinated by Bay Church.

Chief Sappal spent his early law enforcement career with the Pittsburg Police Department and
then served the Richmond Police Department for 18 years, where he rose through the ranks to
become Captain. He also earned a master’s degree in public administration from Golden Gate
University while working as a police officer and graduated with the highest honors. After
graduating from the prestigious FBI National Academy and Police Executive Research Forum’s
Senior Management Institute for Police, Chief Sappal was selected as the Chief of Police for the
Martinez Police Department.

“I have been fortunate enough to work closely with Chief Sappal for the last three years, and it
has been inspiring to watch him successfully forge trusted relationships between the
Department and the Martinez community,” reflected Martinez City Manager Eric Figueroa.

“Chief Sappal’s leadership will be missed, and we will work hard to maintain his standard of
excellence and continue his vision and legacy into the next era.”

The City of Martinez thanks Chief Sappal for his service to the community and wishes him the
best on his future endeavors.

The City will be bringing in an interim police chief while it conducts an executive search for a
successor to Chief Sappal. 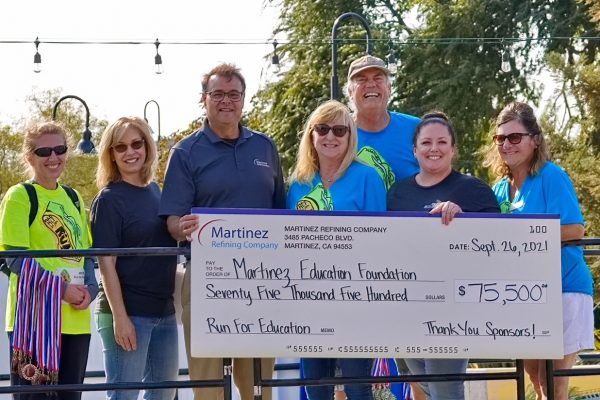