City planners will hold a public study session to provide information and gather public comments on the potential annexation of four unincorporated pocket neighborhoods that are contiguous to city boundaries.

All of them are in the city’s sphere of influence, some already receive water service from Martinez, and have signed deferred annexation approvals. In a May meeting, the City Council identified the annexations as one of the city’s top five goals for the next two years.

The four areas under consideration are Alhambra Valley, and three enclaves between Pacheco Blvd. and I-680 including Vine Hill, Mountain View, and North Pacheco Boulevard. (SEE MAP BELOW)

The Annexation study session will be on Wed., Oct. 23 at 6:00 p.m., an hour prior to the regular city council meeting at City Hall, 525 Henrietta Street, Martinez. Members of the public will be allowed to comment.

First, the council wants to confirm that there is public support for annexation in those areas. Then the city will also have to do a financial and legal analysis to confirm that it is financially feasible and check a 1980 Master Tax Agreement between Contra Costa County and the City of Martinez, according to a brief report by Christina Ratcliffe, economic and development director.

The Alhambra Valley annexation will involve annexing land outside the Urban Limit Line. The City recently annexed a small piece of land in the Alhambra Valley that required moving the Urban Limit Line. Annexations or municipal boundary adjustments have to be approved by the Contra Costa Local Agency Formation Commission (LAFCO). Martinez Mayor Rob Schroder is a LAFCO commissioner who has publicly defined LAFCO requirements in past council meetings. 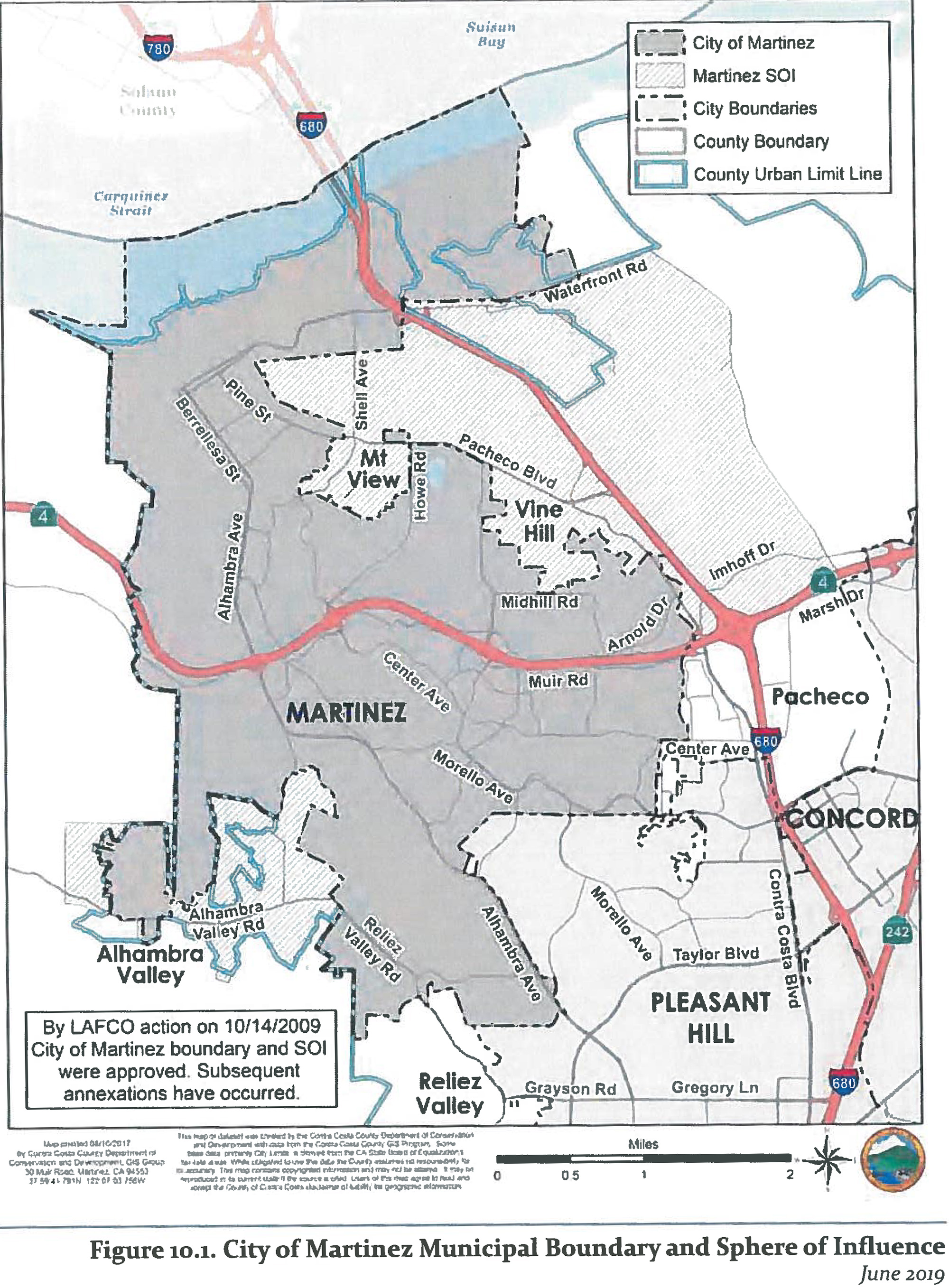