MARTINEZ, Calif. ­­– The Martinez Parks, Recreation, Marina and Cultural Commission, noting the city has no procedure for naming landmarks, did not vote Tuesday night whether to rename Alhambra Park after the late mayor John Sparacino.

The City Council asked city staff July 23 to start the process of changing the name of the park, at the corner of Marina Vista and Alhambra avenues, after Sparacino, who died April 3 at 92. He had become a Martinez icon, chosen mayor in 1973 and again in 1976 and 1978, when mayors served two-year terms.

Besides his own personal accomplishments, Sparacino was a member of a multigeneration Martinez Italian family with roots to the days when commercial fishing was a major local industry.

Both Chairperson Dylan Radne and Commissioner Richard Patchin expressed their favor of honoring Sparacino by changing the park’s name.

But when Commissioner Rob Parolek asked Deputy Director of Administrative Services Michael Chandler what guidelines Martinez has for naming landmarks, Chandler said, “None.”

In addition, Parolek said the city previously had denied a request for the raising of a rainbow flag in support of the community of gay, lesbian, bisexual, transgender and other gender identities because Martinez had no guidelines that provided for this.

Radke said the Commission had developed a naming procedure, but Vice Chairperson Karen Bell-Patten said it never had been adopted. That caused her to be hesitant to name the park for Sparacino.

In addition, the city could run out of landmarks to name, she suggested. “I’m more supportive of ‘Leadership’ or “Mayor’ Park,’” she said, adding that a plaque could be erected to hold the names of honored officials.

Or, the park could be named Alhambra Memorial Park, opening up the plaque to more honorees, Commissioner Brian Eychner said.

While naming suggestions usually come from residents and community groups, this time the suggestion came from the Council, he said. “But the Council is part of the community,” he said, and since residents talk to Council members, he suggested someone might have suggested it to them.

Patchin agreed. “My sympathies are with you,” he said. However, others’ comments “have merit,” and the matter deserved further study. After all, naming a park not only can be but is “a serious issue.”

Parolek said the procedure should involve an application with a sponsor who spells out the reasons someone’s name has been suggested for a park. That way, the Commission could review the application and make a recommendation whether to go forward with the name change, he said.

“It would serve us well in the future,” he said.

Radke agreed. “Without a policy in place, it puts the city in a position of saying ‘yes’ to you and ‘no’ to you,” without criteria to back arbitrary decisions.

In other matters, the panel heard a report on the use of the temporary dog park in the space shared by the picnic area of the amphitheater in Waterfront Park.

Recreational Coordinator Kara Galindo accumulated numbers based on dog owners who sign in as they enter the park. The report noted that weekends see more park use than weekdays, and more dogs were at the park in February, March and April this year than in May, June or July.

Some park users said the dropoff was because of warmer weather, although some said some users weren’t counted because they forget to sign in.

Melissa Mohoi, one of the driving forces behind the Martinez Dog Park Group that encouraged the city to open the dog park, said people who are managing several dogs often forget to sign in until they’ve used the park and gone home.

She asked if park users could email messages instead.

Eycher objected, saying, “Anyone can send an email” that indicated they had used the park when they had not.

“I’m not thrilled it’s in the picnic area,” he said, adding that if the area were used exclusively for picnicking, the city might be able to promote the amphitheater for greater use. However, greater foot traffic in part from dog walkers may be the reason for fewer reports of vandalism in Waterfront Park, he said.

Mohoi said she agreed with Eycher that multiple uses of the picnic area is not an ideal situation. In fact, when the Commission was discussing the naming of Alhambra Park, she suggested that site might work for a small but permanent dog park. Waterfront Park’s Field Five was another alternative, she said.

The Commission reviewed Chandler’s inventory of the city’s cultural events – The Beaver Festival, Art in the Park, the Martini Festival and Shakespeare in the Park, all of which needed the Commission’s approval; the city’s events Arbor Day, the Baseball Parade, the Fourth of July Parade and fireworks, Holiday Frolic, the Memorial Day commemoration, the Moonlight Cemetery Tour, Oohs, Ahs and Giggles, the Tea Party city event at the library and the Veterans Day celebration; Chinese New Year, the Martinez Library’s event; and the special events Corpus Christi Procession, Dia de los Muertos, Homecoming Parade, Martinez Blues Festival, the Polish Festival, Sea Farers Regatta and Swan Day.

Bell-Patten said she wanted amphitheater and Campbell Theater events pulled from the list so they could be referred to a subcommittee that could develop volunteer promotion of them to make the two venues touted as visitor destinations.

The panel also started its discussion of developing a work plan, something that excited Radke, who said the panel has been “listless” for too long.

Patchin offered his list of suggestions for the work plan. Items included looking at projects that weren’t accomplished with Measure H funding, such as a concession stand at Rankin Park’s pool; a larger play structure at Cathy Riggs Park, restrooms at Hidden Lakes Park; longer-lasting repairs to the Golden Hills Park tennis courts; a new master plan for all of the city’s parks; looking at Waterfront Park’s Field Five; murals on the indoor recreation building across from the Martinez Amtrak station; a review of city ordinances that affect the Commission’s work; and clarifying the panel’s relationship with other city bodies.

He also wanted to put establishing a special fund that would keep fee money that would be used to replace artificial turf at the city’s soccer field, but that item already had been sent to the Council for action Wednesday.

Chandler said some of the items also under consideration, such as making interpretive panels for the stands at Susana Park, would be smaller tasks, whereas the park master plan would be “enormous.” But some projects only appear to be large undertakings, he told the Commission.

Bell-Patten said she wanted the Commission to resume a cultural plan process. “I want to see that as a stand-alone somewhere,” she said.

The panel will take the topic up again in October, Chandler said. 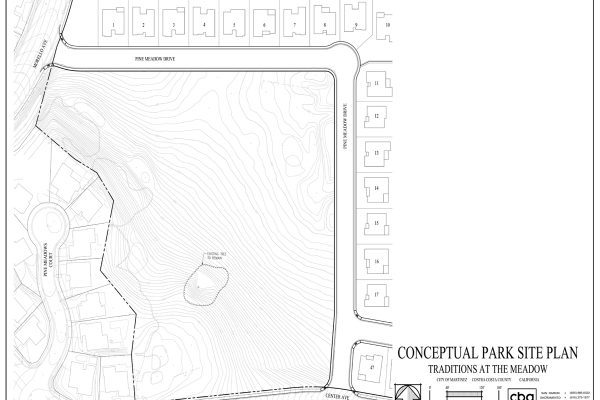 One Reply to “No vote on renaming park for Sparacino”