“But when I woke up this mornin’, could’ve sworn it was judgment day. The sky was all purple, there were people runnin’ everywhere. Tryin’ to run from the destruction.” From the Prince song titled “1999.”

I remember Y2K very well. It’s hard to believe that was 19 years ago.  People younger than 25 won’t remember it but at the time Y2K was a very serious situation. I was working for the City of Concord in the emergency preparedness division. We were getting calls from panicked residents, businesses, and the media demanding action.  The City had to do something to avert disaster.

The newspapers and magazines were descriptive in listing dozens of possible disasters that could befall us on New Year’s Day 2000. The Y2K bug, also called Year 2000 bug and Millennium Bug, was a glitch in the coding of digital systems that was destined to create havoc in computers and computer networks around the world at the beginning of the year 2000. Some early hardware and software only allowed two-digit designations year.  Nobody knew what would happen when the system added one to 99. The electrical grid might crash, the sewer could stop working, the water stop, dams fail, traffic signals go black, banks and ATMs stop, computers freeze, air traffic control end, aircraft fall from the sky, even automobiles and kitchen appliances could go haywire. Everything in the world was controlled by computers. If the computers stopped then everything in the world would stop.

In October 1998, President Bill Clinton signed the Year 2000 Information and Readiness Disclosure Act to require American companies to share Y2K products, methods, and best practices. The European Commission warned that efforts to solve Y2K were insufficient and calamity was inevitable. The British government made plans to deploy its armed forces to provide assistance to local police if utilities, transportation systems, or emergency services failed.

At Concord, we launched into action. We formed a task force that included city staff, business experts, computer experts, residents, and emergency personnel.  Together we launched on an aggressive, four-pronged plan in January 2017.

The first prong was to evaluate municipal vulnerabilities. Staff closely inspected every computer, every software program, every vehicle, every air conditioner and heating controller, every light, and every communication device to ensure that it was certified to continue to work after 1999.  The result was a plan to swap out much of our hardware and software that was dated and needed replacing anyway. In the end, all city-owned systems were certified to be Y2K compliant.

Our second prong was community outreach . Concord staff developed a PowerPoint presentation that we took to any civic group no matter how big or small. I spoke to church groups, Rotarians, Kiwanis, Cub Scouts, sports groups, clubs and anyone who would listen.  Our message was that everyone could survive this transition to the year 2000 if we were prepared and didn’t panic. I related to audiences that I often camped in the woods for 3 or 4 days with only what would fit in a backpack. Just because the electricity or the water or the sewer or television or internet failed at your house didn’t mean you were going to die.  It just meant that you couldn’t watch TV. With a little preparation like storing some water and stashing some canned food, anyone could survive easily for 3 or 4 days with no outside assistance. The same advice is valid for 2019. It’s a good idea to have a little emergency kit set aside in case there’s an earthquake, wildfire, or other disaster.

The third prong of our plan was to hold exercises to practice response to possible Y2K disasters. I was on the exercise design team and it was a hoot. We would develop realistic events like the electricity going out, or a plane crashing, or BART stopping.  The possibilities were endless. In one of our exercises, I even scheduled an alien sighting! These events would be integrated in a script like a stage play. Ten minutes after the exercise began, a plane would crash. Five minutes later, a fire would start.  Five minutes later, two ambulances would crash into each other. You get the idea.

Each event would be triggered by an input  from the exercise evaluation team. During an exercise, we had fifty personnel in an Emergency Operations Center (EOC) waiting for something to happen. There were another fifty volunteers working for the exercise evaluation team sequestered in a different part of the building. These Volunteers in Police Service (VIPS) delivered inputs according to the script then recorded the reactions. The inputs would be delivered by telephone, runner, two-way radio, television, ham radio, people walking up to the door, etc.  Every time a new input arrived, the EOC room would erupt into action. The noise level was deafening. As I said, it was a hoot.

We had four practice exercises in 1999, each more difficult than the one before.  During the last one, our exercise evaluation team provided more than four hundred inputs during a 90-minute exercise.  It was wild. After that last exercise, everyone agreed that we were ready for anything Y2K could throw at us.

The fourth prong was activation.  December 31, 1999 was a Friday night.  I spent Wednesday and Thursday setting up the EOC.  All our Y2K certified radios, telephones, and computers were plugged in and double checked.  The EOC staff were all on standby to return with a few minutes notice if needed. Emergency responders put extra people on duty and reserve folks on standby.  I staffed the EOC alone that night, watching events unfold around the world on the big wall displays. The Police Chief stopped by at ten minutes before midnight. Together, we watched the new year arrive from a third floor balcony overlooking Concord.  It was one of the quietest New Years I can remember. The Chief patted me on the back for a job well done.

Together, hundreds of City staff, had worked thousands of hours and averted disaster.  If not for our efforts, who knows what may have happened? Probably nothing but we’ll never know.

At Home With Jeff: Lime surprise 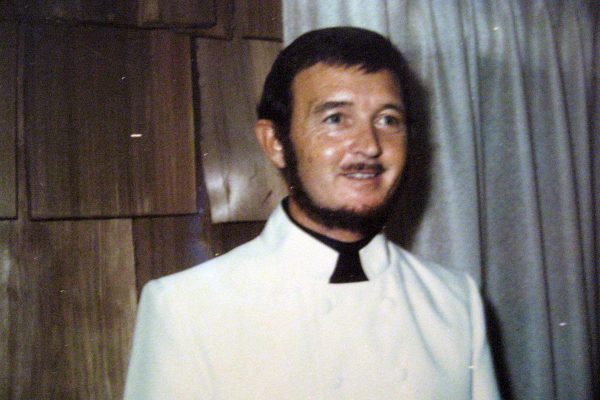 At Home With Vivian: Wheeler dealer