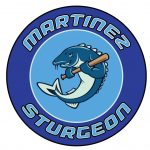 Pecos Commissioner Andrew Dunn has purchased the San Rafael Pacifics franchise. He added the team to the Pacific Division of the 13-team Pecos League just in time for the 2020 baseball season.

“San Rafael was key,” Dunn remarked at a Martinez Chamber of Commerce mixer, March 12, after his meeting with Pacifics owner Oscar Suarez in San Rafael.

“The Pacifics have won five championships and is the most established team in the Bay Area,” he commented. They made their debut in the 2012 baseball season at San Rafael’s 1,000-seat, 70-year old Albert Park.

Dunn acquired the Martinez Sturgeon earlier this year in order to build a more robust group of Western teams for the 2020 season.

He is still looking for local residents who would like to host a baseball player in their home during the June and July season. New players are still trying-out for the team, which will consist of 11-new, and 11-experienced players, according to Dunn.

Martinez Mayor Rob Schroder was delighted to have San Rafael in the Western Division. “That’s great. We have a team that is not too far away, so we can go to away games,” Schroder said. “It will be more exciting, and more interesting.” Schroder said he and his wife are making plans for quick getaway trips to attend games. Watch for more about the San Rafael team and how summer games in Martinez, and the rest of the league may be affected.