MARTINEZ, Calif. – In a few days, 20 teenagers from John Muir’s birthplace, Dunbar, Scotland, will be arriving for a short trip to Martinez, where they’ll see the home in which the noted environmentalist wrote and lived when he wasn’t wandering the countryside.

Dunbar is a sister city to Martinez, and since 2004, students from Dunbar accompanied by some of their teachers have been visiting Martinez, said Sue Hammond, the organizer.

She has continued the tradition that was started by Pam Vaughn, an Alhambra High School teacher who worked with teachers of Dunbar Grammar School to organize the first exchange.

Vaughn found families willing to take students into their homes and showed them the John Muir National Historic Site, where the house still stands.

Shortly afterwards, she retired, and Hammond, also a retired teacher, decided to become the biennial trip’s sole organizer. “I found the benefit of the exchange too valuable to let it die, and decided to organize the next visit,” she said.

The visits are not arranged through a formal organization. It’s not sponsored by schools. Even the city of Martinez is not a formal participant, although some city officials have been hosts, and the City Council sent books to Dunbar when Hammond and her husband went to Scotland in 2013.

“I feel strongly that this type of individual interaction between people of two countries is a wonderful way to develop an understanding of each other’s cultures and people,” she said. “In our current political climate, I feel that this kind of interaction is even more important!”

Students were chosen in Dunbar for the trip. They attend Dunbar Grammar School, which is similar in level to an American high school. Most of the students are 17 and 18, although a few are 16. “Most of them would be like our seniors,” Hammond said.

While the students were being selected, Hammond sought out host homes for the guests, starting with past participants. “We have four repeat hosts of students and two repeat hosts of teacher,” she said.

Another family has welcomed students in the past, but this year will provide a home for two teachers. Hammond often tries to place students in homes with teenagers, and through the years, host homes change as the teens get older and leave home.

She used social media and a Martinez Unified School District parent newsletter to seek out hosts, too. In addition, other residents volunteered their homes, providing recommendations from the community. “Because I have taught in Martinez for so many years, I frequently know the person that they use as a recommendation,” Hammond said.

She organized a meeting of host families, and asked them to sign a form agreeing that their homes may be visited if necessary. During the meeting, “we can all meet and get to know each other,” she said.

All of that has been done in time for this year’s visit, she said.

“The students arrive Thursday afternoon,” she said. They first will get to know their host families.

Their first excursion is to John Muir House, where they’ll be greeted by Mayor Rob Schroder, she said.

Friday afternoon and the weekend will be free for the students, teachers and host families to experience activities the area, whether going to nearby theme parks, such as Six Flags, Great America or Santa Cruz Beach Boardwalk, or going shopping, visiting area cities or relaxing.

The families and their guests will meet for a farewell barbecue the final evening of the visit, and by June 25, they will leave Martinez for Yosemite National Park.

Muir is closely associated with Yosemite National Park. He drew its boundaries in 1889, His magazine articles led to the park’s creation in 1890, and then Muir co-founded the Sierra Club in 1892 to protect the park.

A few yards from Yosemite Falls Trail, Muir built a little log cabin as his first shelter. And his presence in the Yosemite Visitor Center is prominent, through a life-sized bronze statue.

“Since Dunbar is the birthplace of John Muir and Martinez was his adulthood home, it seems fitting that the Scottish kids will be following in John Muir’s footsteps,” Hammond said.

“Our shared memories create a strong bond, and many families stay in touch or even visit each other after the students return home from Scotland,” she said. “We create many special memories and friendships!” 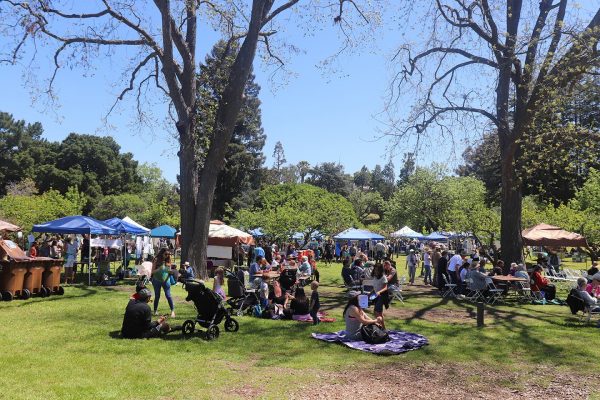